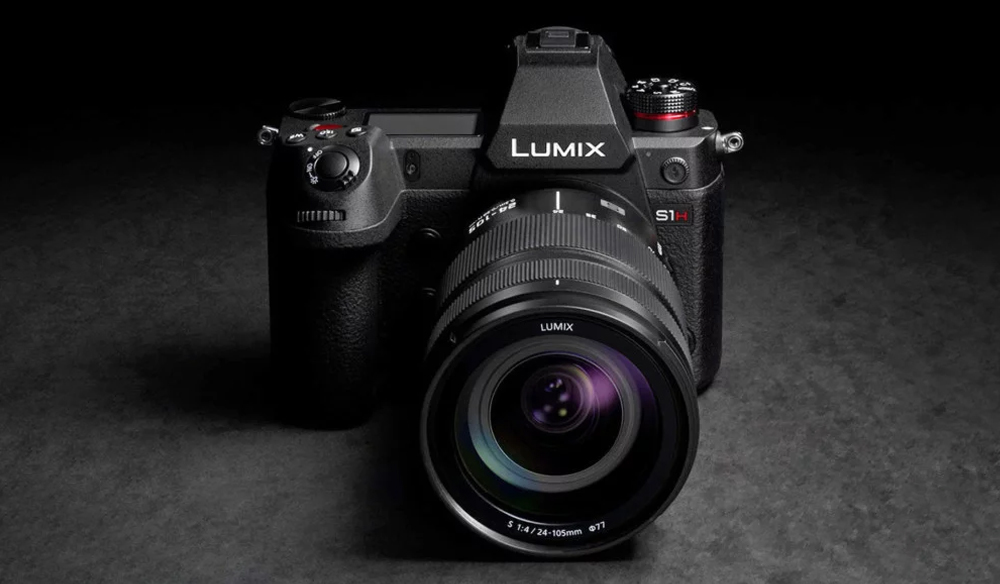 Here are the full specs for Panasonic’s brand-new Lumix S1H mirrorless camera. So what are the key takeaways? Here’s what you need to know.

It seems as though 2019 is the year of playing catch-up with new camera releases. I was only halfway through my proposed tutorial list for the pocket 4K when the pocket 6K was released, and before I’ve had a chance to receive a Lumix S1R to review, Panasonic has finally released all the specs for the S1H. Initial specs and details have leaked slowly over the course of the summer, but now we have official word on what will be what.

While the S1R had respectable video features, it was always a stills camera first and foremost. Now, with a slight redesign and added functionality, the S1H looks to be the video first-stills-second camera in the Lumix S lineup. The main buzzword that kept appearing across social media during Panasonic’s livestream was 6K, and with that, it’s going to be hard not to compare the camera to Blackmagic’s cheaper 6K pocket cinema camera, so I’ll compare the specs of both cameras where appropriate. Let’s quickly run down some of the most notable video features.

Edit 08/29/2019: At the time of writing, there was no suggestion that the camera would include a RAW video output. But since publication, Atomos has announced that they are developing RAW output for the S1H in partnership with Panasonic. The initial overview does not include this development. 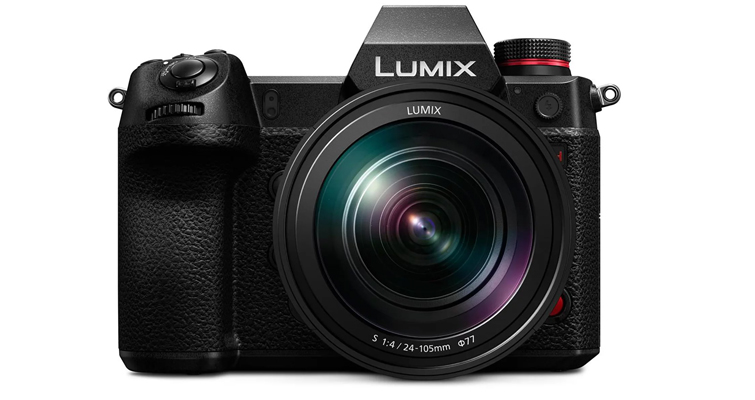 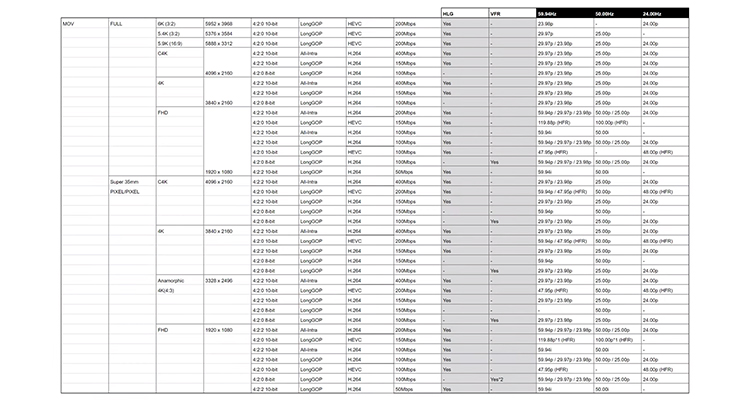 Like most professionally priced models entering the market in 2019, the S1H has dual native ISO at 640 & 4000 (you can read about dual native ISO here). The base [high] ISO of Panasonic’s Varicam 35 is 5000, so while you may not be able to record noiseless low light as great as the Varicam 35, it is a fraction higher than the Pocket 6K’s higher circuit ISO of 3200.

A feature that many Pocket 4K and 6K filmmakers really wanted to see in their cameras is in-body stabilization. The S1H has a 6-stop rated 5-Axis Sensor-Shift Image Stabilization; however, when you pair this with a Lumix lens that has O.I.S, you can take further advantage of Dual I.S.2. Without the jargon; you should be able to handheld record and return with seemingly great results.

Unlike the GH4 and GH5, the S1H will ship with V-log/ V-Gamut preinstalled. V-log — an aspect we’ve covered here — is a gamma curve that produces a flat, natural image suitable for heavy color grading. Not as a powerful as RAW, but better than the Cine-D or Cine-V profile Panasonic also offers. Viewing V-log footage on the small LCD can be tedious because it’s difficult to correctly gauge depth and visual anomalies due to image lacking saturation and contrast. Therefore, you can activate LUT view assist on the camera to see real-time playback of the final image. 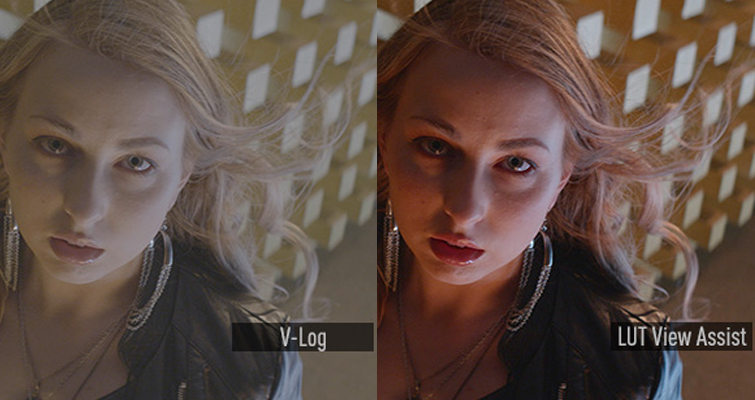 Anamorphic filmmaking has increasingly crept into more budget-friendly filmmaking, and the S1H will accommodate this with a 4:3 anamorphic mode, and within the settings menu, there’s practically every de-squeeze option available. Likewise, there is a wide variety of HFR options. At 4K or Cinema 4K, you can shoot at 60fps, and at Full HD, you can record a whopping 180fps. Unfortunately, as previously stated, at 6K, you can only record 24fps.

The build of the camera is also impressive. Built from a magnesium alloy die-cast, it’s entirely weather-sealed, and even freeze resistant (at -10 degrees celsius). Although, as Panasonic points out on their website, this doesn’t mean the camera can survive direct contact with water. It houses the standard ports you would find on a camera with a small form factor: remote port, mic input, headphone jack, USB-c port, and an HDMI port. Like the S1 and S1R, this camera has an L-mount. While there still isn’t a large variety of L-glass on the market, by 2020, the L-Mount Alliance have stated there will be close to 50 lenses on the market.

The S1H has a free-angle tilting touchscreen LCD, which means not only can you swivel the camera screen horizontally, but by releasing the hinge at the bottom of the camera, you can pull the screen upward to free the screen of any possible port obstructions. You can see this feature in action on Cinema5D’s first look at 5:56.

The camera, on paper, certainly seems impressive. And although I’ve yet to use or review it (so I can’t be too critical), I’m just not too sure about it. With the initial Lumix GH line, the selling point was about how cheap they were and how the results the camera produced. $4,000 is far from inexpensive, and with the likes of the Pocket 6K readily available on the market, it will be interesting to see how this fares in the long run.