Previsualizing: How “Cobra Kai” Gets Stunts Right Before the First Punch

For stunt coordinators like Hiro Koda and Jahnel Curfman, previsualization is essential to the reality and safety of dynamic fight sequences.

Every creative can benefit from visualized preparation. For stunt coordinators like Cobra Kai’s Hiro Koda and Jahnel Curfman, it’s absolutely crucial to the reality and safety of these spectacular fight sequences.

When Steven Spielberg was shooting the iconic Omaha Beach landing scene in Saving Private Ryan, he had the budget and scope to basically do anything he wanted. The sequence cost $12 million dollars, involved over a thousand extras, and used Ballinesker Beach in County Wexford, Ireland—almost an exact replica of the Omaha Beach landscape. Members of local reenactment groups, such as the Second Battle Group, were cast as extras to play German soldiers. In addition, twenty to thirty actual amputees were used to portray American soldiers maimed during the landing. Spielberg famously did not storyboard the sequence, as he wanted spontaneous reactions and for “the action to inspire me as to where to put the camera.”

The first day of filming didn’t go well. All the preparations were there, but Spielberg was having a difficult time given the scope of the scene to focus. Enter Producer Bonnie Curtis. She gathered “her troops,” the creative stakeholders of the production, and based on what they could deliver, she created “a menu” for Spielberg. Giving him a laminated list of what he had at his disposal, he could simply call out during the shoot: “Give me machine gun fire!” or “Blood squib on German soldier!” for example. He got his spontaneity because Curtis had the previsualization.

You can’t underestimate the advantage that previsualization plays in a smoothly run production. Doing the trial and error before you step foot on set not only saves you time and money, but also gives you artistic freedom. While an important tool for the director and cinematographer, one aspect of filmmaking that finds previs an essential step is the stunt coordinators.

Cobra Kai is a martial arts series sequel to the Karate Kid franchise. First envisioned at YouTube, after two seasons, the third moved to Netflix with enormous success. It’s already been renewed for a fourth season. One aspect crucial to the series’ appeal is the dynamic karate sequences, which are choreographed by husband-and-wife team Hiro Koda and Jahnel Curfman. Jahnel also stunt doubles for actor Peyton List on the show, so the realism and safety achieved through the previs work isn’t only professional, but personal.

Combined, we’ve worked on over 200 films and television shows, both performing and stunt coordinating. That experience is what we bring to the table when deciding the safest way to execute a stunt, while allowing the performance to really shine through. We have both been in some seriously precarious situations, knowing that if things had gone wrong, we wouldn’t be here today. We’ve suffered injuries from stunts that should have been set up differently, but those situations have taught us the right way to do things. The stunt performers, cast, and crew that we work with are always very well looked after on our sets.

So, how does their process work? Does the script provide detailed fight sequences or a more general idea? And, how much freedom is given to bringing new ideas to the battles, especially when relating to the different fight styles?

We are given quite a bit of artistic freedom when it comes to designing the action for Cobra Kai. We like to look at the script as a blueprint, and then get with our stunt team and play with different ways to be creative with the choreography.

It is very important to us that the action scenes make sense for the story and each individual character. We have developed a unique style of fighting for each character over the last three seasons, and we always take that into consideration when designing their fights. There is definitely a difference between the Cobra Kai and Miyagi-Do style of fighting, and we always strive to remain true to those distinctions.

If the script is their blueprint and character their guide, how much does theme inform the work? “Fear does not exist in this dojo” is a major message woven throughout the storytelling. You could also argue that it has to be a major theme for Koda and Curfman. When devising a new stunt, how do they personally approach fear? Is it a necessary part of the process to make sure they get it right, both for themselves and for their stunt actors?

Our occupation is inherently scary, but it is all calculated risk. We have both been in the hot seat when it comes to performing something new or more dangerous, so we make sure that our performers are rehearsed and comfortable with whatever we have set up for them. I would say it’s more adrenaline-driven than fear-driven as a performer. And, being on the other side as coordinators, safety is our number one priority for the stunt performers and actors, both.

Adrenaline-driven over fear-driven. It also seems that there’s a huge mental component along with the physical.

Mind over matter is a huge part of being a stunt performer! You show up for work and they’re telling you to do things that your brain’s rational thought is, “No, you’re going to get hurt or killed if you do this.” A lot of what we do is mental preparedness, and overcoming your mind and body’s inclination to steer away from danger. Instead, we push past that natural instinct and jump headfirst into risky situations.

Once the mental gymnastics are in place, the creativity is able to thrive. So, how does their previs process work?

Once we receive a script, we’ll break down the action bits and determine the bigger fight sequences that will need a previs. There are a lot of meetings that take place between us and the directors and the other department heads to make sure we are all on the same page. After that, we get our stunt team together and start putting together the action sequences, playing around with what works and what doesn’t. We make sure the story points and character development are driving the action design so that it all makes sense. Even when we’re happy with the choreography, there is still a lot of adjustments to be made for camera. As we shoot the previs, we’ll make those adjustments, as needed, so that the action is being shot in the best possible way. Once we have all of the footage, Hiro will begin editing the sequence together. He’ll add sound effects, visual effects, and music so that the action plays as it would in the final edit. The previs acts as a guideline for how the action should be shot and is a great tool for seeing the sequence in its entirety, prior to shooting.

What are the most challenging aspects of devising a stunt or action sequence? And, for those on a low-budget, any advice for getting the most dynamic results with limited resources?

The most challenging aspects usually tend to be working within the parameters of limited time, money, or manpower. On a show like Cobra Kai, we’re shooting two episodes while simultaneously prepping and rehearsing for the next two. It really keeps us running-and-gunning to get everything pulled together and clean, but we have an amazing core stunt team. We work really hard and have a lot of fun, too.

The most dynamic fight and stunt sequences in film and television are always shot really well. If you have great choreography, great performers, costumes, sets, etc., it won’t matter unless you can capture it in the best possible way. For anyone that wants to design good action, they should watch action films that are dynamic in their camera positions and angles.

The takeaway for low-budget filmmakers, it would seem, is not to find cuts in the budget when it comes to fight sequences. But, like all things, preparation can be the key to saving you that time and money.

As Johnny Lawrence in Cobra Kai states: “The best defense is more offense.” If you stay on the offensive and do the previsualization work with your creative stakeholders, the results should be in your favor.

For more filmmaking inspiration, check out these articles: 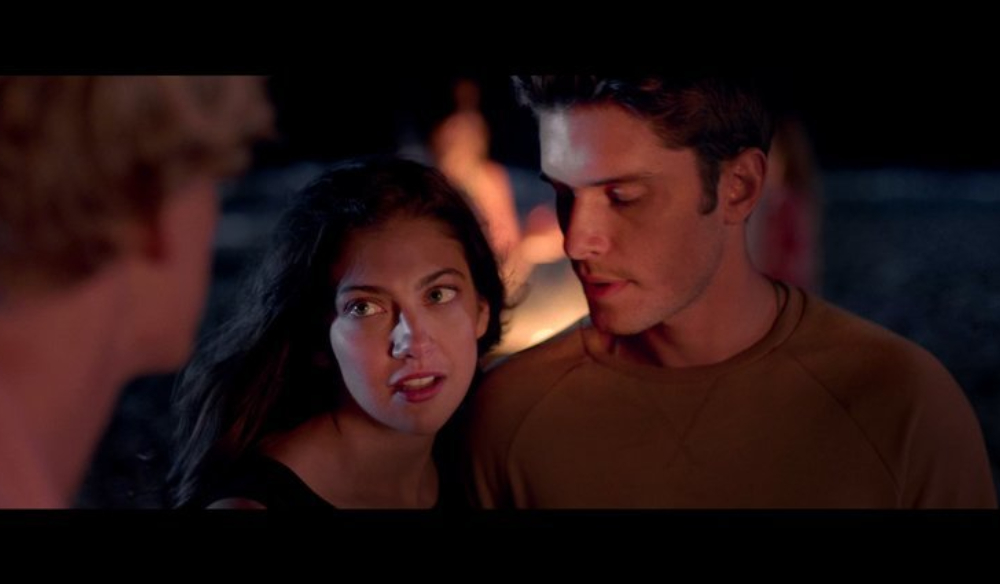 Filmmaking
An Interview with Michael Pessah, ASC, on Filming a Beach Night Exterior 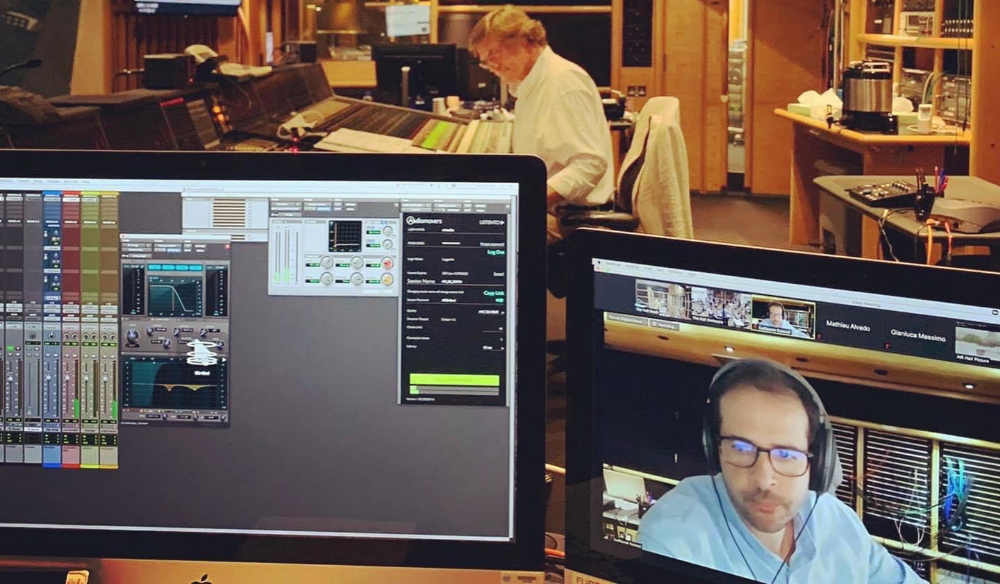