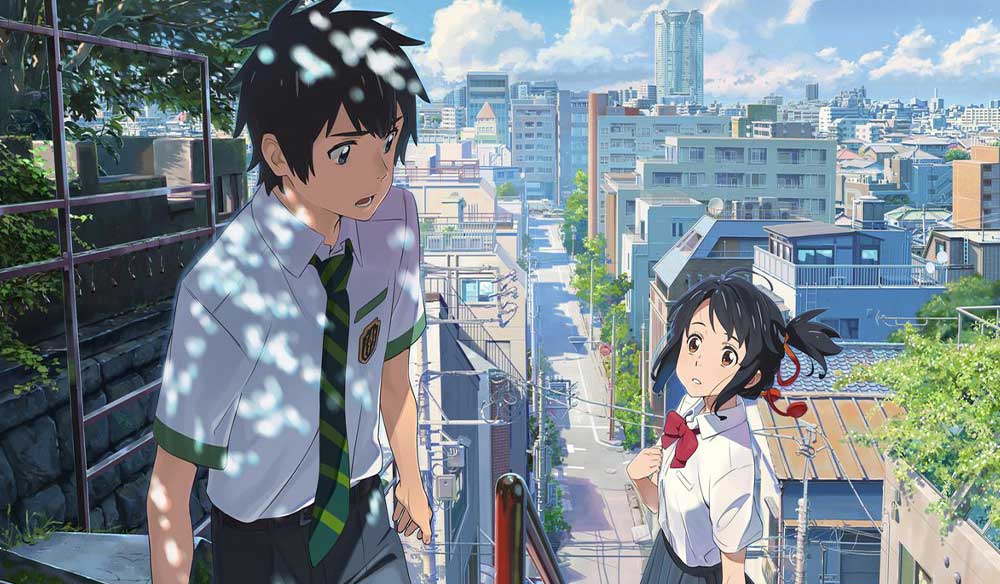 Five Anime Films to Inspire Your Next Filmmaking Project

Let’s look at five anime films—both newcomers and classics—you should watch to inspire your visual storytelling.

Depending on how much of a cinephile someone is, there may be a slight disconnect on their relationship with anime, or at least their preconceived notions of what anime is. I’m sure those who steer away from the anime playlist on Netflix think of anime as something like this, from the TV series Dragonball Z:

Athletic men performing acrobatic fight stunts at lightning speed with large energy blasts. I mean, you wouldn’t be wrong, but that’s just one slice of a specific genre of anime, as a whole. The word anime itself is just a shortened form of animation, defined as being from Japan, and we all know there’s more to animation than just Disney.

However, past the reaches of typical Shōnen-style fight anime, you’ll also find a variety of anime films that present stories as a fine balance between art and entertainment. For example, Ghost in the Shell, the 1995 film by Mamoru Oshii, features a three-minute sequence that solely documents the dystopian cityscape. It’s unlikely we’d see such a sequence outside of Art-House cinema.

With that in mind, let’s look at five anime you should watch for visual inspiration and what type of inspiration they boast. As there are countless anime TV shows, I’ll limit this to films only.

While I’ve listed Paprika in the heading, this entire section is for all of Satoshi Kon‘s feature films, as there are sadly only a few. Kon’s first directorial debut was in 1997, and the filmmaker would only give us four feature films over the next ten years before his untimely death in 2010.

If you’ve made any form of narrative content, you’ll know that with all the planning and prep possible, sometimes the best results come down to luck. Perhaps the sky was an extra shade of pink on the evening of filming. Or, for your horror short, it was extra windy that day, causing the trees to shake violently outside the window. In animation, every frame is carefully composed, and every element has been intricately placed, as opposed to any form of chance. Kon’s work is the embodiment of that.

Every shot, cut, and movement is meticulously planned to fit his vision. You’ll discover that with his transitional editing found throughout his catalog, every scene is visually connected to both the previous and subsequent scenes. He says,

I think editing for live-action and animation share some similarities, but are fundamentally different. In animation, only what is intended to communicate is there. If I had a chance to edit live-action, it would be much too fast for audiences to follow.

Kon’s work has a consistent visual presentation. His use of cuts, color, and general design for both symbolism and aesthetics is genius. Even if you’re unfamiliar with his work, I’m sure you’ll find it seeping through others.

2. Ghost in the Shell – Visual Space

Even those who aren’t particularly versed in anime will likely be familiar with the film Ghost in the Shell, either through the recent live-action adaptation or simply because of its sheer presence in animation history. GiTS, as it’s commonly referred to, is a masterpiece in visualizing the conceptual space between people and their environment. In the case of the film, the crowded cityscape of the future.

With modern filmmaking, especially blockbusters, it seems like we’re always being presented with more when it comes to the volume of CGI elements. Cities are infinitely high, crowds are densely populated, armies are limitless, and so on.

How do you display a vast city in a cyberpunk future? Well, in the case of the 1995 anime, instead of showing a sprawling city from an aerial perspective, it was three minutes of a meditative city sequence from ground level. The YouTube essay channel NerdWriter spoke about this profoundly, as well as how the 2017 adaptation did a disservice to the original version.

The way Ghost in the Shell 2017 wants us to see the city is in these elaborate soaring shots that move and glide through the holographic buildings. But, actual people don’t see the city that way. One of the things that 2017 helped me to realize is that every shot in the montage from the anime is from the perspective of human beings. The camera is placed only where people could actually stand or sit or gaze out of the window. That’s how you build a sense of place, not like this.

When live-action films are always trying to appear larger-than-life, you may sometimes have to go back to another medium to appreciate the small-life elements.

Ok, so this is technically about several anime. Those being Akira, Ghost in the Shell, Patlabor, Neon Genesis Evangelion, and Tekkonkinkreet.

Written by Stefan Riekeles and published by Thames and Hudson, Anime Architecture: Imagined Worlds and Endless Megacities is a book that’s aptly about architecture in anime. Who would have guessed that from the title of the book?

While initially, it seems apparent that this book is for design students and lovers of architecture, it also serves a secondary purpose for fueling inspiration in framing buildings and cities. In many anime, the cityscape—and, in particular, megacities of dystopian cyberpunk settings—are almost always a character within themselves (as noted in the GiTS sequence).

Personally, I often struggle with the aspect of correctly photographing (still and video) cityscapes to accentuate their features. As the book dissects how the buildings are physically constructed, then animated, it spurs the mind for creative juice in how you can approach capturing your next cityscape in a way that feels cinematic.

4. Your Name – Beauty In Every Frame

There’s often debate, a fiery debate at that, on whether Makoto Shinkai is in the running to be the next Hayao Miyazaki. Whether or not you agree or disagree with the sentiment, there’s one truth that cannot be denied—Shinkai’s films are visually gorgeous.

Released in 2016, Your Name was a critical and commercial success that hasn’t been seen from an original standalone anime for quite some time (not a film based on a pre-existing anime series). As of 2021, it’s the third highest-grossing anime film and Japanese film, worldwide, of all time.

Outside of the beautifully woven plot and delightful music, the visual elements are unworldly. Shinkai uses many characteristics only found in live-action, such as lens flare, depth of field, specular highlights, and so on. And, one characteristic that feels prominent throughout most of Shinkai’s work is that most frames of the film could easily be retrieved and used as a print for your home wall.

In Your Name, whether it’s showing the natural beauty of Itomori, or students having lunch on the basketball court, everything is framed and animated beautifully. Shinkai’s style paints a strong case for giving your shot everything to make it beautiful—even if it’s something as mundane as a single shot of someone asking for directions.

As a secondary note, in 2015, a book was published titled Sky Longing for Memories: The Art of Makoto Shinkai, which displays some of his best compositions, as well as breakdowns on how the team composed the shots. As it was published in 2015, it doesn’t cover Your Name or the recently released Weathering with You, but you will find his signature style in his earlier work.

So, The Red Turtle isn’t a true definition of anime. The director, Michaël Dudok de Wit, is Dutch, and the film is co-produced by the French production company Wild Bunch.

However, the other part of the co-production credits belongs to famed anime powerhouse Studio Ghibli. It also has longstanding Ghibli names such as Toshio Suzuki and Isao Takahata serving as producer and artistic producer (respectively). Likewise, before his retirement, perhaps the most famous Studio Ghibli director of all time, Hayao Miyazaki, requested to talk and collaborate with Dudok de Wit. So, half-anime? Japanese-French produced animation?

Either way, it beats recommending the obvious anime to watch (Akira) and the film has Ghibli’s familiar ecological themes, with typical Ghibli-esque characteristics popping up throughout the film. But notably, the visuals aren’t as recognizable as typical Ghibli-produced films. The Red Turtle takes you to a tropical island in the middle of the ocean, and unlike other films in the Ghibli library, it does so without asking you to focus on narrative or character development.

Instead, we’re asked to fall in love with an environment, specifically a small tropical island on which a mute castaway finds himself shipwrecked.

With no dialogue and just a focus on images, it would be expected that the visuals would be dazzling and filled with cinematic movement to keep the audience engaged. However, it’s the complete opposite. Often, the camera is locked down and framed with a telephoto focal length at quite some distance away. This results in the character getting washed in scale by the tropical island surroundings.

To some extent, it’s almost theatrical. It’s a good example in visual storytelling to remind us that we don’t always need to perform extravagant camera moves when a simplistic approach also works.

For more filmmaking inspiration, check out these articles: