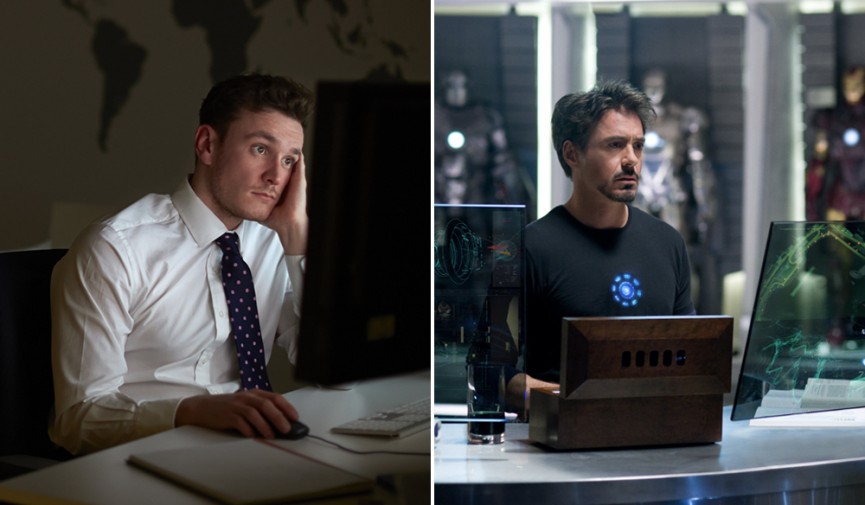 Cinematic reality describes a world that is grounded in reality, but exaggerates details to make for a more exciting movie. To learn more, ENHANCE this article by 150%.

As a filmmaker, you need to push the limits of reality because, let’s face it, reality can be pretty boring. If reality was constantly exciting and engaging, then we’d never go to the movies in the first place.

Part of the cinematic experience is being taken away to imaginative lands or seeing something exciting happen in a mundane setting. That is why so many films use a cinematic reality — a world that is grounded in actual reality but best serves the overall aesthetic of a film.

A perfect explanation comes from director Christopher Nolan, who, after discussing the “real world” setting of his Dark Knight trilogy, had this to say:

But it’s about what I suppose you might term a cinematic reality. It’s about giving the world of the films and the characters as much weight and validity as they would if your source material were not a comic book — if he was a character in another genre of film you were having to introduce to the audience for the first time and get them to believe it. That’s really what my use of the word reality is about. It’s not about a literal reality.

Part of the appeal of the world of Gotham is that it is not real life. It is removed from real life. So you can address dramatic elements that would be extremely uncomfortable in a realistic film — in a way that lets the audience enjoy the experience and entertainment. — USA Today

In films, you’ll often find that characters work in some pretty amazing offices. Outside of the intentionally mundane cubicles of Office Space, most corporate and government offices are very sleek and modern. Take a minute to think about that. When was the last time you went to a government building like the DMV or Post Office and went “WOW?”

This is always apparent in blockbuster action films. Police stations always have the latest computers and brand new cars. My personal favorite are the glass offices that usually house the FBI or CIA. Have you ever seen an FBI office? It’s more boring than you can imagine. Here is a side-by-side comparison of an actual FBI office and the office of the Diplomatic Security Service in Furious 7.

Can you imagine trying to film in that actual FBI office? It would look terrible on screen. The light’s color temperature is all over the place. The room is crowded, small, and visually unsettling. Compare that to the clean look of the DSS office. The entire office is lit with a nice cool blue, and there are accents of orange and green. Is it unbelievable as a real office? Yes, but that doesn’t really matter. The goal is to keep the audience invested in the film. If it suits the rest of the story to have a cool flashy office — go for it!

While on the topic of offices, don’t forget about the oversized and clean air vents that allow our protagonist to stealthily move through the building. Not only are these HVAC units tiny and full of screws holding it in place, they are gross. Without having a unit properly maintained, expect the vents to look more like a horror set.

Just take a look at this photo from an HVAC cleaning company. Compare that to the large clean vent John McClane crawls through in Die Hard. This is easily one of the most iconic images from the film. Is it remotely possible? Not at all. Even if the vent was large enough for someone to crawl through, good luck keeping quiet in a thin metal enclosure.

Even films that try to stay grounded in reality still push for a more visually stimulating environment. Take this example from The Martian. Director Ridley Scott wanted his NASA control room based on reality. This not only meant the design of the room, but of the graphics as well. To best achieve the proper look, Scott actually worked with NASA to imagine their futuristic office.

For months, the production crew of The Martian worked with NASA’s Program Executive for Solar System Exploration, Dave Lavery. The goal was to make the NASA systems look as realistic as possible. That said, even though grounded in scientific reality, the mission control room still went for a more cinematic appeal. Just compare the walls in the photos above. The drab neutral NASA wall has been replaced with sci-fi panels. The film’s mission control room is evenly lit, and you won’t see stray coffee mugs or water bottles. (You can read more about The Martian/NASA collaboration on Gizmodo.)