How to work with the RED EPIC Monochrome

Curious about the new cam from RED Digital?  In those post, we come to grips with the new monochrome only EPIC digital film camera. 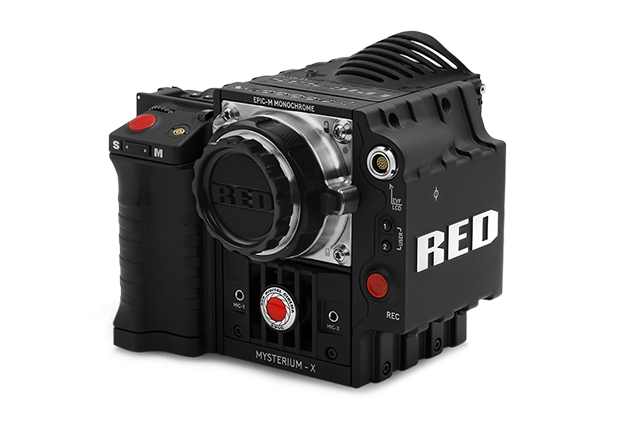 First Impressions of the EPIC Monochrome

RedShark News, the blog of the Lightworks NLE, has an interesting post with their first impressions of the camera. This will be a three part series, including some footage, so check back in the coming weeks. I think the most interesting question is:  Why did RED make it in the first place? Who wants a $42,000 dollar camera (brain only!) that can only shoot black and white images?  Well Phil Rhodes from RedShark reckons its all because of Fincher.

The short answer is that it probably isn’t to most people: it will always be a niche product. But as an end in itself, there is potentially no better way to acquire  monochrome moving images. The slightly more complete answer is that RED made the EPIC Monochrome  because David Fincher asked them to (for a production they apparently aren’t allowed to name).

I saw this conversation between London based Colorist Dan Moran and New York based Juan Salvo (of the Coloristos podcast) discussing a workable way to bring the RED Monochrome footage into the grade.  Here is the conversation in full:

Dan Moran ‏@DanMoranColor – Anyone know what software does support it? Have a big music video shot on EPIC Monochrome, I guess to Redcine X I go!

Dan Moran – I have the new redcine x working its just painfully slow. Have to wrangle everything to dnxhd and dpx now grrrr!

Juan Salvo –  btw the new redcinex doesn’t allow red rocket decoding for monochrome. It’s all CPU. So u want to use fast CPU system and multithreaded processing in the batch export for best performance.

Juan Salvo – There’s no debayering to do anyway! B&W baby. It’s the only RED camera that actually is 5k.

Dan Moran  – thanks for the tip man! Was just about to rip our red rocket card out to use on a MacPro!

Dan Moran – It says 15 hours for a full quality debayer. I feel like I’ve gone back in time by like 5 years haha!

Juan Salvo –  I don’t the debayer quality makes any diff. Look to see if setting to good quality effects image.

Juan Salvo ‏– Are you downscaling?

Dan Moran – Just thinking about the final grade now. So used to being able to work natively. Boo! This is why I prefer Alexa no surprises!

Juan Salvo  – That would be my guess. But debayer quality (premium vs good) may affect processing time.

If you want to download the latest version of REDCINE-X PRO (v16),  which has been updated to support Monochrome footage, then just head here on the RED site. As Juan Salvo points out it is only supported as software decode only. RED CINE-X PRO is a free software download for working with RED’s R3D files. For tutorials on using REDCINE-X Pro check out some of these free tutorials from RED and this workflow blog post from Oliver Peters.