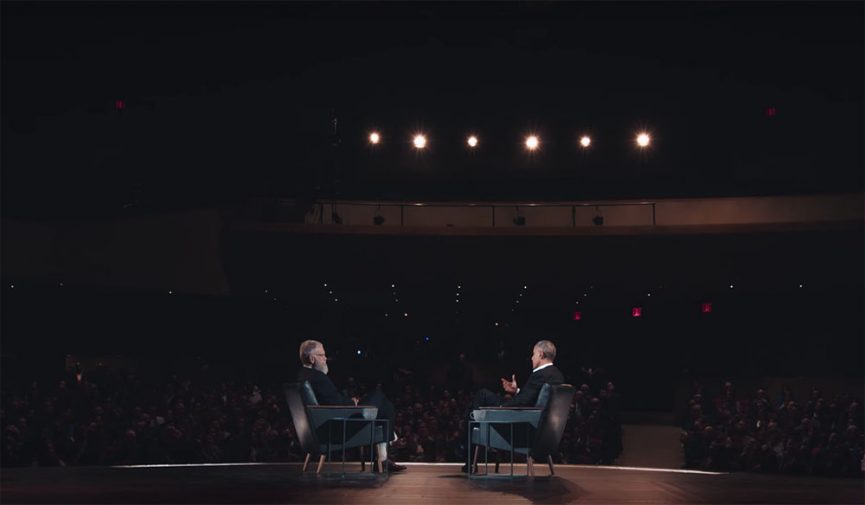 Invisibility: The Secret to Editing and Shooting an Interview

Here’s how you can avoid disrupting the flow of your interview edit — as well as how to avoid jarring camera angles during the shoot.

One of the most challenging tasks for video content creators is shooting, editing, and producing interviews. Not for any artistically challenging reason, but because of how boring and clean-cut they are by nature. Of all the camera tricks, lighting hacks, and editing flourishes we can add to them, interviews need to follow a strict set of visual and auditory rules, even if we’re not sure what those rules are. In Thomas Flight’s latest editing breakdown, we look at David Letterman’s latest interview show and how the editing and camerawork distract the viewer from the central theme of the show: the guests’ stories.

Too Many Camera Angles

The show in question demonstrates how shots can be intrusive and alienating during what is supposed to be an intimate sit-down interview. While it may be easy to point to the show’s obviously massive budget, or Netflix doing things the way they usually do (disrupting the medium), the excessive camera angles prove a bit much. The show weaves in and out of clips from the interviewee’s life, so the excuse for an energy boost doesn’t work. Flight points out in the video that traditional talk show interviews (even if you don’t want to call this a talk show, it’s a talk show) only use about 3-4 different shot angles.

In an interview the information we’re interested in [is] simply what the guest and the host are saying, both verbally and non-verbally. The sooner the cinematography becomes invisible, the better we can focus on the communication.

Keep it simple. Keep it sweet. Again, nobody is here to watch your interview for its outstanding cinematography and natural lighting that showcases the left side and eye color of your artist’s seemingly profound, weathered face. They’re here to listen to your subjects and the stories they have to tell — all while living in that moment for as long as you allow them to.

As Flight puts it, the number of shots you use almost doesn’t matter — if you give each shot enough time to breathe. Letterman’s new show is a perfect example of how too much editing can be a bad thing. The image you see above comes from the first part of a tidbit featuring President Barack Obama that, for-whatever reason, is cut up into six different shots that all last about four seconds each. The beauty of talk shows and long-form interviews is the length of each shot. If the interviewee is telling a story or recalling past thoughts, the eyes lock in on the subject if the edit and the camera lets them. That is literally how you create engagement with your audience. Bouncing back and forth like a basketball is a good example of trying to add life when the life already exists.

There also an example from Comedians in Cars Getting Coffee during which Obama is sitting in a car with Jerry Seinfeld telling a joke, and the edit itself tells a story in relation to the structure of what the subject is saying, moving from left to right.

The lesson to take from this editing analysis is that it’s okay to leave the interview alone in the edit. Concentrate more on the questions, making the interviewee comfortable and creating an engrossing story. Don’t worry so much about the look of your shot or entertaining the viewers — the story should do that.

Looking for more information on interviews? Check out these articles.