The Art of the Storyboard

In the world of digital previsualization, the good old analog storyboard is still an art form in its own right. In this post we share interesting storyboard examples from famous films and directors.

Recently a freelance storyboard artist sent me a link to some of her work (see below) and I was struck by the way in which she managed to combine three distinct styles, each conveying such different emotional connotations.

This got me thinking about how in the world of digital pre-vis and animatics we might be losing the art of the storyboard in favor of digital means, although I hope we’re not.   In this post, I’ll share three great examples from the long history of the art and craft of the film storyboard. 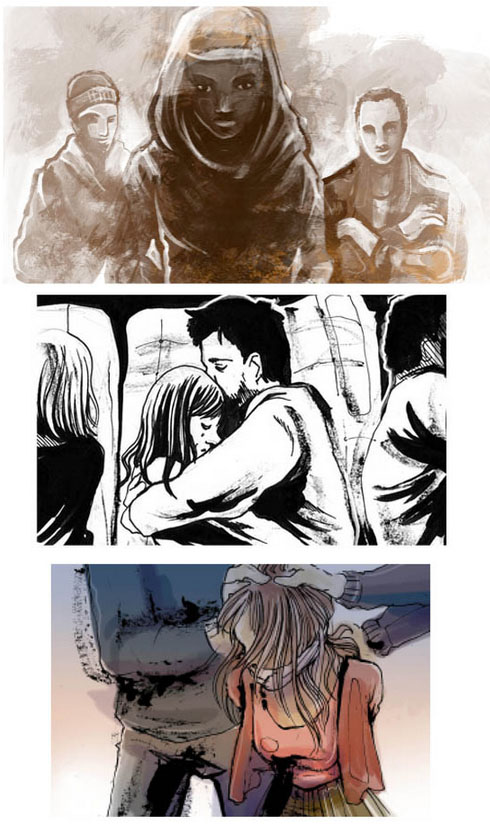 The following video is a great behind-the-scenes featurette in which director James Gray (The Yards, We Own The Night) talks through several of his ‘water colour storyboards’ and how they connect to the sequences in the film. Its also a great opportunity to see director of photography Harris Savides’ lighting tests and how they correlate with Gray’s storyboards and the final film.

One of the most famous directors for doodles is Ridley Scott, who started out as a production designer.  He often draws extensive storyboards in all stages of production. In this fascinating vintage (1982) behind the scenes film for Blade Runner you not only get to hear Douglas Trumbull explain the complexities of early optical composites but at about 9:30 minutes in you get to see plenty of Ridley’s famous ‘Ridleygrams’. If you’re curious to see more check out this blog post full of Alien Ridleygrams.

In this fantastically long blog post, the folks at Filmmaker IQ have collected together some of the storyboard art from 13 of Alfred Hitchcock’s films. It is interesting to see the variety of styles and the level of detail in each of the storyboards. It is also amazing to think that he made 67 films in his career!  Here are a few of my personal favorites: 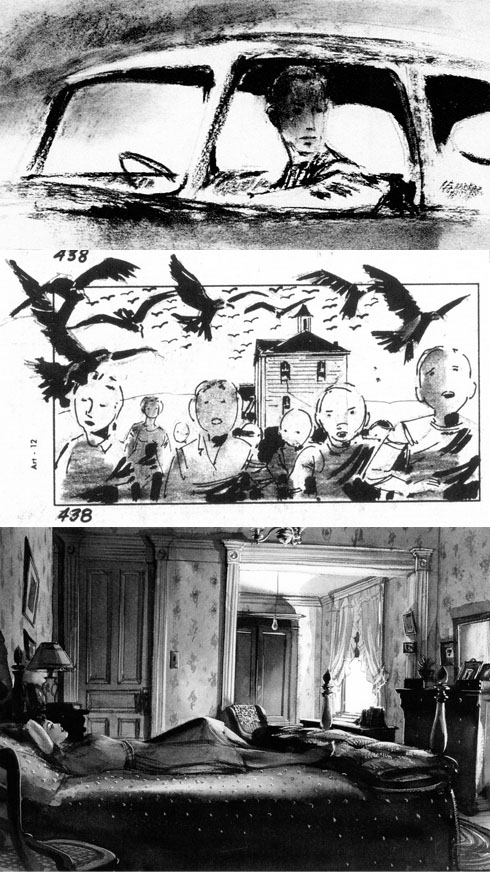