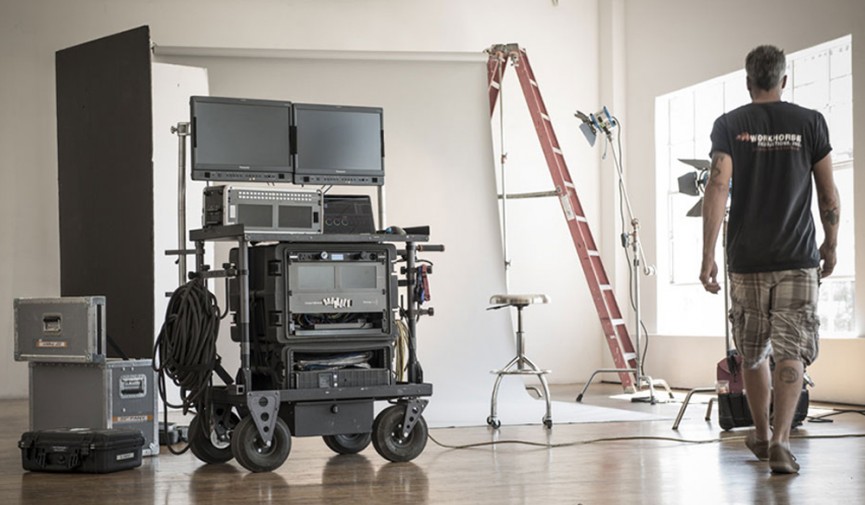 The Evolving Role of a Digital Imaging Technician

What is a Digital Imaging Technician? What is their role on set? Here’s a breakdown of the constantly changing job of a DIT.

A Digital Imaging Technician (or DIT) works directly with the cinematographer. They are responsible for image quality control, on-set color correction, and managing a production’s workflow. With the digital camera revolution, the job has seen a huge shift from on-set engineering to computer workflows.

What is a DIT?

A Digital Imaging Technician is a position that has evolved from a camera engineer. Originally, DITs would manage and troubleshoot cameras and color correct during shoots. They would then transfer tapes to the post-production suite. As more productions moved from film to digital files, the DIT became responsible for signal and data management, file distribution, and quality control.

Just downloading footage doesn’t make a person a DIT. (Someone who only handles the digital files is a Data Wrangler.)  The DIT job requires a vast technological knowledge that assists with monitoring exposure levels, color correction, creating look up tables (LUTs), and the creation of dailies. The DIT has different duties on every set. For commercial shoots, the DIT is usually a last minute hire.

Hiring a DIT became much more common after the release of digital cinema cameras from RED and ARRI. However, as commercial shoots are usually controlled by an ad agency, the work of the DIT mostly comes down to data transfer and dailies. The data and dailies are sent to the editor, and the final color and look of the project is decided by the agency. DITs are much more involved on television and film sets. 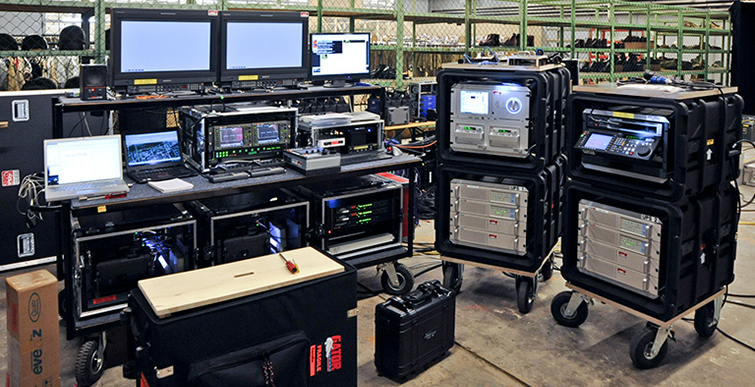 Image: DIT Station on the set of Red Tails via FGV-Schmidle

On film and television sets, the DIT is involved from pre-production until post-production. In the early stages, the Digital Imaging Technician will work with the cinematographer to create the color decision list (CDL) and look up tables (LUTs). They will determine the camera’s menu settings, recording format, and output. Once this workflow is determined, the DIT is responsible for maintaining it. They will supervise all workflow processes related to image processing.

On set, the DIT will strictly monitor the workflow. On large projects, the film’s insurance policy will dictate necessary standards regarding footage. The DIT is responsible for making sure all files are handled correctly. The cameras will be set to exact standards while filming. Once a card is removed from the camera, it must go directly to the DIT’s workstation, specifically their cart. 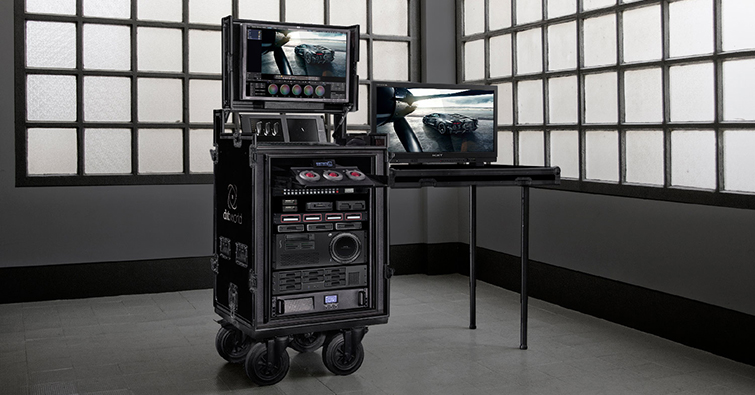 While a cinematographer may put their money toward lenses, a Digital Imaging Technician puts their money in their DIT cart. A DIT cart has all the essential tools they need on set. Computers, color balanced monitors, vectorscopes, routers, card readers, RAID drives, power strips, and more. DITs constantly update their machines to offer the fastest service possible. Often, the DIT will set up their cart in a tent. This will give them a dark area that will allow them to accurately monitor footage.

The Digital Imaging Technician will bring footage to their cart to verify that the exposure and color are maintained and that it matches footage previously shot. They will apply LUTs to the footage and send it directly to the monitors for the cinematographer and director to verify the look. The DIT will also conduct quality control, where they will check for focus, unwanted shadows or reflections, and lens flares.

Footage will be properly logged (never dragged and dropped), and files will be transcoded to the necessary file types. They will create the uncompressed file types for the editors, as well as compressed H.264 files for dailies to be viewed on iPads or computers.

Andy Shipsides offers a great in-depth look at his own DIT Cart in this series of videos from AbelCine.

Did you learn something new about the job of the DIT? Want more posts like this? Let us know in the comments below.