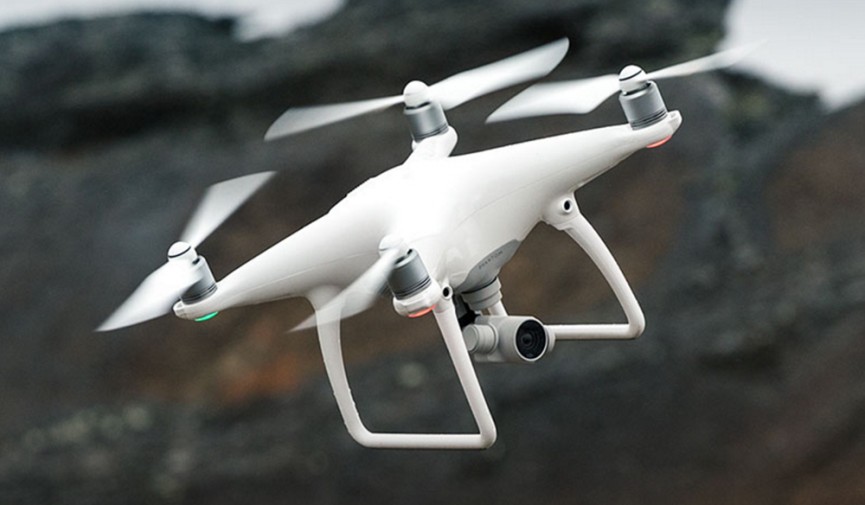 The new DJI Phantom 4 drone almost flies itself. Take a closer look at the the fastest and smartest Phantom yet.

The leader in drone production, DJI, has packaged many of their best features (and those of competitors) into a new ultimate aircraft. If you are a beginner, this drone is perfect for you. If you are an advanced pilot, this drone still makes you want to reach for your wallet. Let’s take a look at the newest features.

The DJI Phantom 4 (priced at $1399) has more built-in cameras and sensors, twice as many as the previous Phantom 3. Not only do these advanced electronics help avoid obstacles, they keep the Phantom 4 absolutely still when holding its position.

The new magensium core makes the Phantom 4 a stronger, more rigid drone without compromising weight. The new shell is more aerodynamic, allowing you to cut through the sky. The weight and flight advancements have allowed DJI to increase the Phantom’s flight time to an average of 28 minutes. That’s 25% longer than the Phantom 3.

The new Phantom 4 camera features 4K video up to 30fps and 1080p up to 120fps. The aspherical lens offers a 94-degree field of view, reduces distortion by 36% and chromatic aberration by 56% versus the Phantom 3. The shorter hyperfocal length will allow you to get closer to an object and keep them in focus. 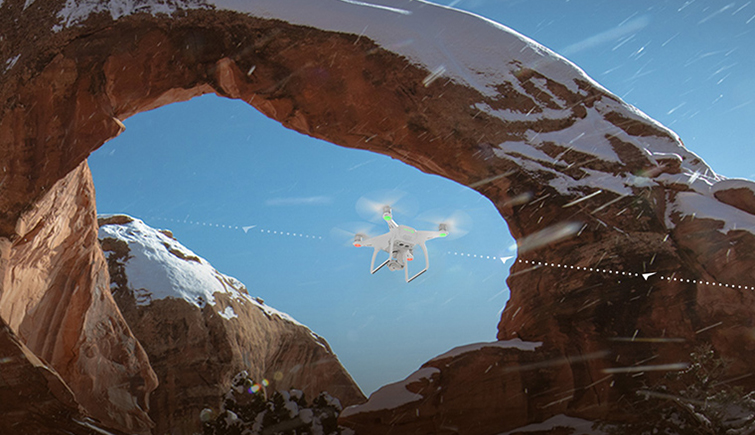 The DJI Phantom 4 doesn’t even require the pilot to use the sticks on the radio controller anymore. In its simplest TapFly mode, you can just tap on your tablet and the Phantom 4 does everything for you.

Want to fly between some trees, but you’re not confident in your piloting skills? Just open the live video feed, double tap a location on your tablet, and the Phantom 4 will start flying autonomously. The new Obstacle Sensing System will maneuver the Phantom 4 on its own, avoiding people, trees, buildings, etc. 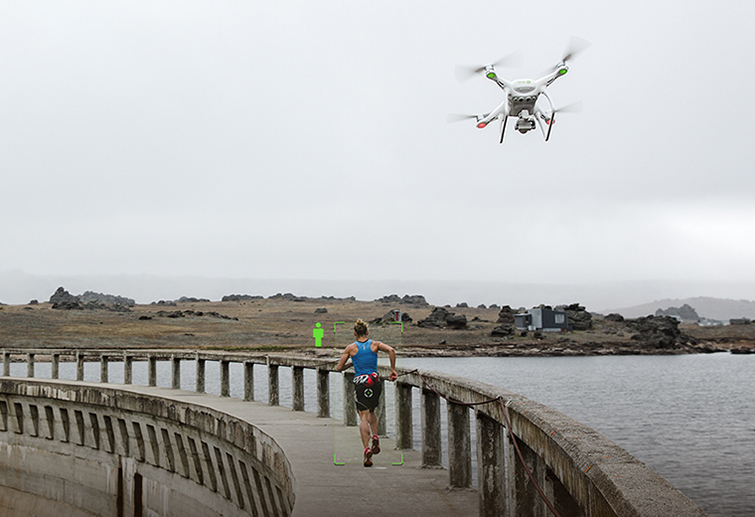 The new ActiveTrack feature allows the Phantom 4 to track a subject automatically. With your tablet, trace around the subject you want to keep in frame. The onboard computer then builds a 3D model of the subject and begins following immediately.

You can then use the remote controller to make small adjustments to the focus, framing, or camera settings. The Phantom 4 perfectly executes a 360-degree orbit with this new feature. Set the ActiveTrack border around your subject, and then just throttle the stick to the left or right.

Sport Mode gives the Phantom 4 incredibly responsive controls. Using the controller, easily speed through the air and maneuver your craft with ease. The built-in gimbal and new battery are positioned near the aircraft’s center of gravity, offering more precise movements. The new raise motors increase torque, and offer a more reliable flight control and safer flight at high speeds.

The Verge got to talk to the DJI Phantom 4 development team about many of the latest features.

It’s the first consumer unit that can see the world around it and adjust accordingly, the next big step towards a truly autonomous aircraft. Try and drive it into a wall, the Phantom 4 will put on the brakes. If you ask it to fly from your position to a spot across a river, and there is a bridge in between, it will make a judgement call: increase speed to clear the obstacle or, if that isn’t possible, stop and hover in place, awaiting your next command.

The Phantom 4 accomplishes this feat with the help of five cameras: two on the front and two on the bottom, plus the main 4K camera that has always been onboard to capture video. The images captured by these cameras are run through computer vision software which constructs a 3D model of the world around it that the drone can intelligently navigate.

For more specs and more info, check out the Phantom 4 page on DJI’s website.