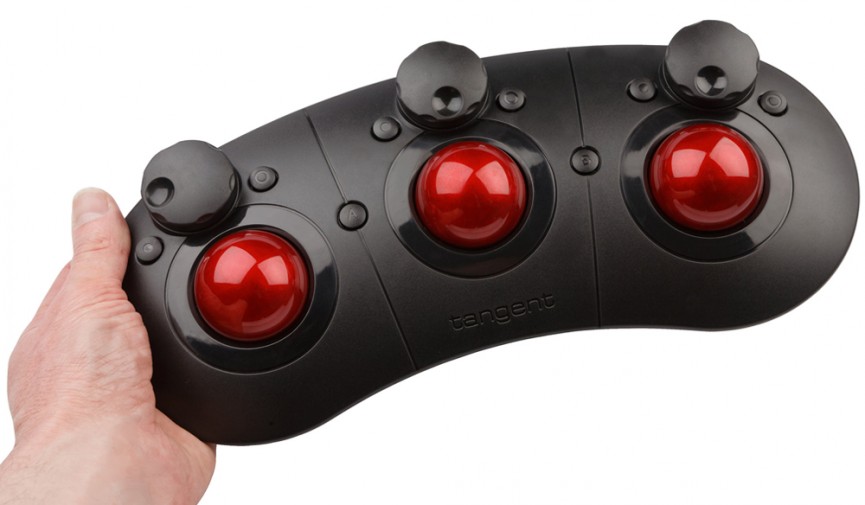 The Tangent Ripple: Does It Live Up to the Hype?

The Tangent Ripple Color Grading Surface is one of the most anticipated devices of 2016 — and now the user reviews are pouring in. So, what’s the word?

At $350, the Tangent Ripple comes in at a fraction of the cost of all the other major color grading control panels, so you can only complain so much about its missing features. In these reviews, there seems to be plenty of good news, and some okay news.

Note: With the device on backorder, I haven’t yet experienced the Ripple firsthand. Here’s what members of the community have to say.

Casey Faris has one of the best early reviews of the final consumer model. He does praise some features, yet his complaints are well founded. In regards to the Tangent Ripple control surface itself, he finds the overall build satisfactory, even though some knobs have a very toy-like, plastic feel. The bigger downsides were how easy it was for your hand to slip off of the top knobs and how easily the track balls come out of the controller.

Faris goes on to test the Tangent Ripple in both DaVinci Resolve and Premiere Pro. Perhaps the most noteworthy point: Only one button works in DaVinci Resolve. The Blackmagic product does not integrate with the Ripple that well, so users will still find themselves using the mouse to adjust things like saturation. It does speed up simple controls, but it doesn’t appear that Blackmagic is in any rush to update to program to work with the Ripple — perhaps because the company sells its own professional color grading panel.

While not perfect for DaVinci users, the Tangent Ripple is rather stellar in Premiere Pro. Using the Lumetri color panel, the surface can control the three-way color corrector, and both the A and B buttons can be mapped for just about anything. In fact, the integration works so well, there are nearly countless options. Here’s Faris’s full review.

Ned Soltz of RedShark News also got his hands on the Tangent Ripple. In his review, he notes that setting up the control surface isn’t that easy. There aren’t many step-by-step directions, and only on the Tangent website will you find a manual and configuration instructions. Users will first need to install the Tangent Hub utility, which has all the drivers and files for “mapping keyboard, detecting attached devices, software update and uninstall.”

Ripple connects to any PC or Mac USB port with sufficient power. I have connected it to a garden-variety powered USB hub and the computer recognizes immediately. Supported applications include DaVinci Resolve 12.5, Premiere Pro 2015.3, Final Cut Pro 7 and X, Logic Pro, and Apple Motion.

[Regarding Premiere Pro] The balls and knobs work in both Editing and Lumetri modes. Opening the Lumetri panel in Premiere Pro is the first step. Tangent has a default configuration for each of the Lumetri parameter groups. Select Creative, for example, and the controls are mapped to shadow tint and highlight tint. Select Color and then the color wheels with the mouse and then the controls are mapped to the color wheels.

The Tangent Ripple is well worth the money and eases the more casual color grader’s workflow with a basic but powerful product.

You can read his entire review here.

The demand for the unit is certainly there, as Tangent in frantically trying to keep up with demand. Nearly every single outlet and retailer is on backorder as pre-orders are still being fulfilled.

We’re extremely happy to say that demand for the Ripple panel has been fantastic and we are doing everything that we can to ship product out to our reseller channel as quickly as possible. However there has been a very large number of pre-orders accepted which does mean that it will take a while longer for these to all be satisfied. So please be assured that the Ripple is indeed now shipping but it will take a few more weeks before supply catches up with demand. — Tangent

For the editor-turned-colorist (and really for any non-pro that only dabbles in color correction and grading), the Tangent Ripple seems the be the affordable and simple solution that many of us had anticipated it would be. Surely professional colorists will find that the Ripple doesn’t satisfy their needs, but it wan’t really designed for them. This device is for beginners and amateurs — and at $350, it’s perfectly priced to be the simple tool it is.

The Tangent Ripple is currently retailing for $350. They are currently on backorder.

Have you received your Tangent Ripple? What are your thoughts? Sound off in the comments below.