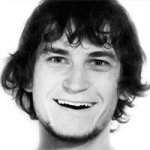 Ever struggled to get your music to match the length of your video edit? In this video tutorial, cinematographer and video editor Brent Pierce shares a technique that can be used to seamlessly shorten or lengthen most music tracks.  Using this handy trick you can time out your music so that it sounds like it was custom made for your video edit.  Proper audio editing is important for a professional and polished product.  Never  just “fade out” your audio again!

Hey what’s up? This is Brent Pierce for Premiumbeat.com, and I’m going to talk a little bit about editing audio to a desired length. Like if you get a full length song and you want to trim it down to about half the length, how do you go about doing that? Well, this is the technique that I use and it works pretty good.

If you go to PremiumBeat.com, you’ll see that they have various download lengths for their songs. You have 15 second, 30 second, a 60 second and then you have the full length track right there. So I usually download the full length track, and then I’ll shorten it to my desired length. Now I’m going to be doing this in Final Cut Pro 7, but the basic technique can be carried on through Premiere Pro, Vegas, Abbot or whatever you’re using. Basically what I’m going to do, if we look at the song in here, in our viewer, you can see the wave forms, and you can see the different sections of the song very visual. You can tell that this loud part right here is probably the chorus, and then it repeats over there. So basically what we’re going to do is we’re going to go through and listen to it and put
markers in the different spots at the beginning of each section to kind of get a clearer view, when we do place it down here on the timeline, to get a
clearer view of exactly what it is we’re looking at and what we can take out and what will work seamless between edits.

Let’s listen to it here. I’m going to play some markers. Now to place a marker in Final Cut Pro you can do different things. You can press end, you can press the tilda key, or you can do shift one and that will all give you a red marker. You could also, in Final Cut Pro 7, you could do color markers which is pretty cool. If you do shift and use the one through eight up at the top, you can do different colors. So shift two will be orange, shift three yellow, shift four, and it will keep going through various colors all the way to eight which is pink. Now if you’re in Premiere Pro they don’t do color markers, but you can still do the gray markers and just mark it out the same way. It just won’t be as clear of a representation because they’re not different colors, but that’s all right.

Okay, so we basically have the whole song mapped out with markers. Now another thing, if you placed a marker and you realized you wanted a different color, you can navigate through the markers with shift up and down, and that will kind of put your current time indicator on the various markers. And if you press “M” on top of those markers, you can see that it will bring this little window up and you can change the color, you can even rename it. Like if you want to go to yellow ones and you want to name it chorus one and then you want to go to the second yellow one and call this chorus two to keep it a little more organized, you can. I usually don’t because it takes a while. But you can do that and you can go in here in your browser, and you’ll see that you have your various markers with the different names. There’s chorus one that we made, there’s chorus two that we made.

Anyway, what we’re going to do is we’re going to take this whole song, and we’re going to overlay it in our time line. We’re just going to drag that in there. And let’s zoom in on it a little bit. And now, if you don’t have your wave forms up in Final Cut, you click this little arrow down here and go up to show audio wave forms and make sure that is checked. If it’s not checked, it will show up like that. So, if you want to see them, I usually like seeing my wave forms to give me a better guidance on it, so.

Let’s say you want to drop this to about, right now it’s at 3:30. Let’s say we want to take a couple of minutes out, maybe go to about 1:30. So an easy thing to do right off the bat that I can think of would be to take the beginning of that chorus, that’s the yellow one, you can cut that. In the beginning of the second chorus we cut that and then this whole middle section right here we take that out. So let’s right click it, ripple delete, and that will shorten it down. Now we’re at 1:55. So if we take out another 20 to 25 seconds, that will get us down to 1:30.

Another thing you can do is you can cut sections in half. So since this chorus is long, you could listen through here and you could cut it in half and then cut that last section out. So let’s go ahead and do that right now. Let’s play it from the beginning of the chorus, and then whenever it hits the halfway mark I’m going to stop it and cut it. [music] Okay, so I think that was it. I think I missed it, let me listen to it again and I’ll try to stop it there. [music] Okay, right there. So let’s go ahead and cut it. I’m going to press B to get the slice tool there and cut it. Now we’ll go to the end of the chorus which we marked the end of that chorus, and we’ll cut it there and then we’ll ripple delete, and that will drop us down to 1:28 which is about 1:30 which is good.

Now one thing you want to make sure is that your edits right here are seamless. So let’s go ahead and listen to one and make sure that they’re seamless, that there’s not a jump in the beat, that the tempo stays the exact same. [music] Okay, now there was a double beat there, which means it was hitting the downbeat from this track and the downbeat from that track at the same time. So we’re going to take one out. Now if we get the ripple tool, click one side and you can use the brackets to go either left or right in Final Cut Pro. So I’m going to go left one just to shorten that first clip one frame and then let’s listen to it and see what it sounds like. [music] Okay, that’s perfect. So let’s go to this next cut over here and see what, if I can get it, see what that sounds like. [music] Okay, it’s the same thing. We’ve got two different downbeats from the different clips. So let’s do the same thing. Let’s click it with ripple and then let’s bring it in one frame. Now that’s the same as getting it with the ripple tool and going over one frame like that. But instead of doing this and having to do it with the mouse, I simply did it with the bracket tool.So let’s listen to this and see how that sounds. [music] All right, there we go. That was clean. So there’s 1:30, say, we want 1:30.

Now you can also do different things. You can cut the verse in half. There are different sections inside the chorus that would be easy to cut into other sections. So just listen to that, and every song is going to be different, but this is kind of the basic technique. Put markers so you can see where the verses are, where the choruses are, where the same sections are in the song and just cut them, and it will make a lot more sense.

So, anyway, I hoped that helped. Again, my name is Brent Pierce for Premiumbeat.com, and thanks for watching. 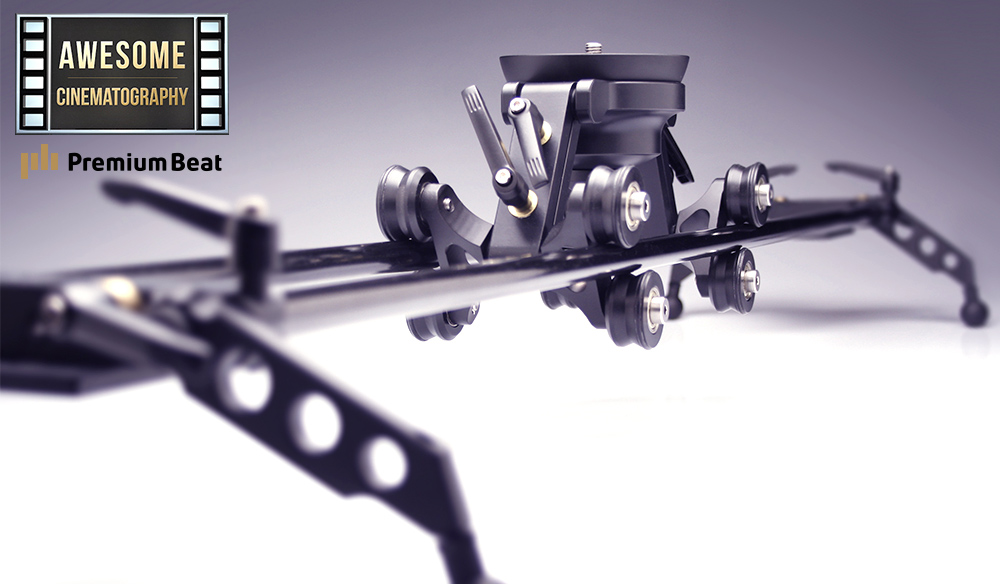 Filmmaking
Awesome Cinematography: Achieving a Jib Shot with a Slider 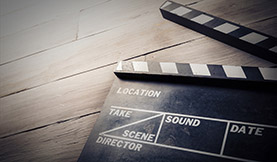 Roundups
Must Have Cinematography Gear for Under $100
A