Missed NAB this year? Find out what people were asking about Autodesk Smoke.

During this year’s NAB Show, Autodesk invited me to Las Vegas to demo how I use Smoke. Click here to see my stage demonstration and see an editorial breakdown using Smoke and ConnectFX.

After the demo, people came up to me with questions. Here are the top questions I was asked with my answers.

This was one of the biggest surprise questions I received over the week.  When Smoke 2013 was debuted as a Pre-Release Trial after NAB 2012, most of the people interested were coming from Final Cut Pro 7.  What a difference a year makes. It appears that many FCP7 users have moved over to Adobe, but something about the multi-app Adobe workflow isn’t satisfying them. They find the all-in-one editing and effects workflow of Smoke very appealing. 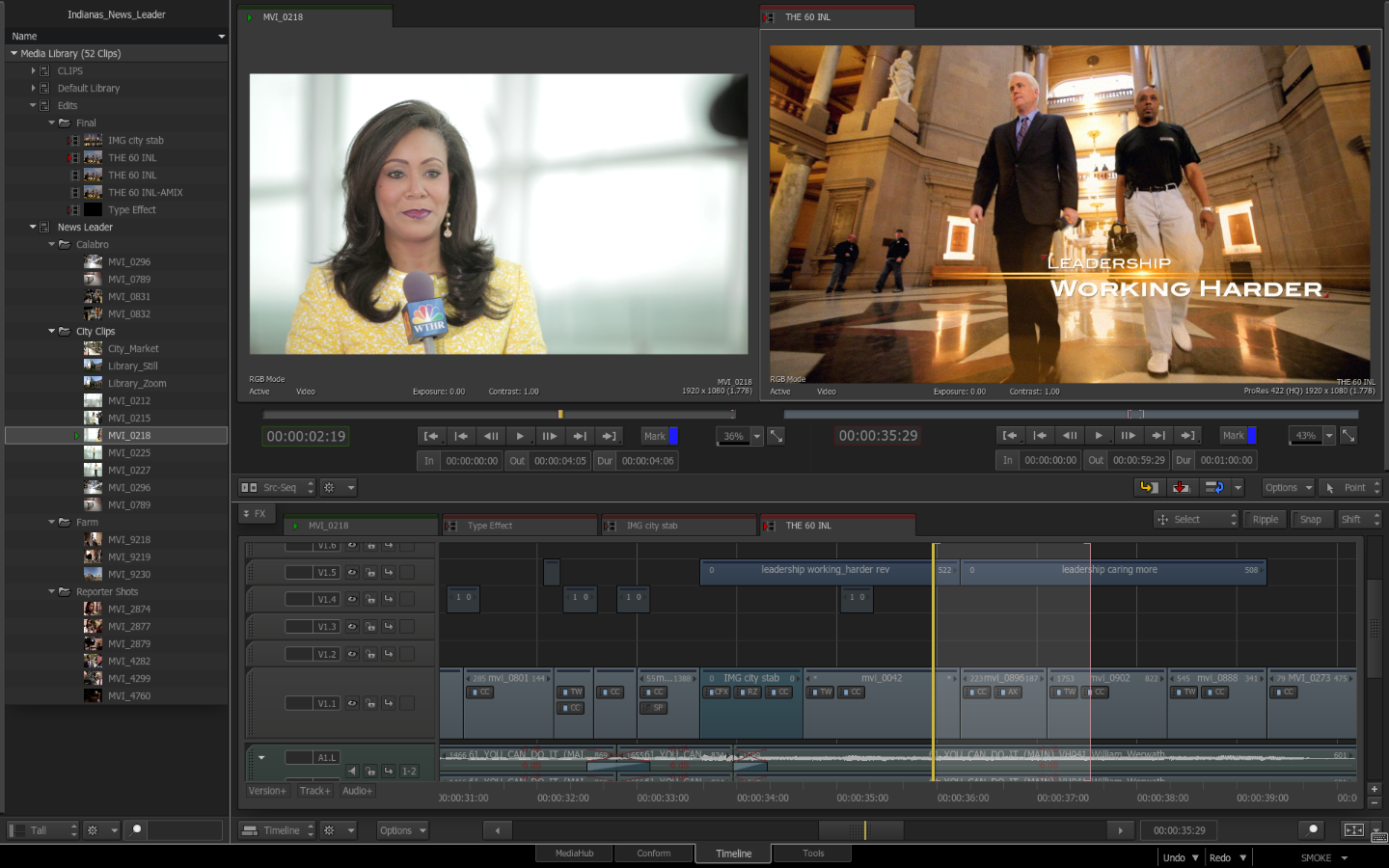 I explained how the MediaHub imports, and how you can organize your footage in the Media Library with it’s hierarchy of Libraries, Folders, and Sub-Folders.  The people I talked to liked the Tabbed Timeline workflow and the editorial operations was something they could easily see and were comfortable with.  It was when I started to show them how ConnectFX works and how easy it was to add effects to clips in the timeline that they really became interested.

For the subset of editors that do more than just edit. Smoke’s timeline effects and node-based effects seemed to be just what they were looking for.  Working in the editorial and simultaneously working with effects for look creation, transitions and even motion graphics allows them to tell their story the way they want. 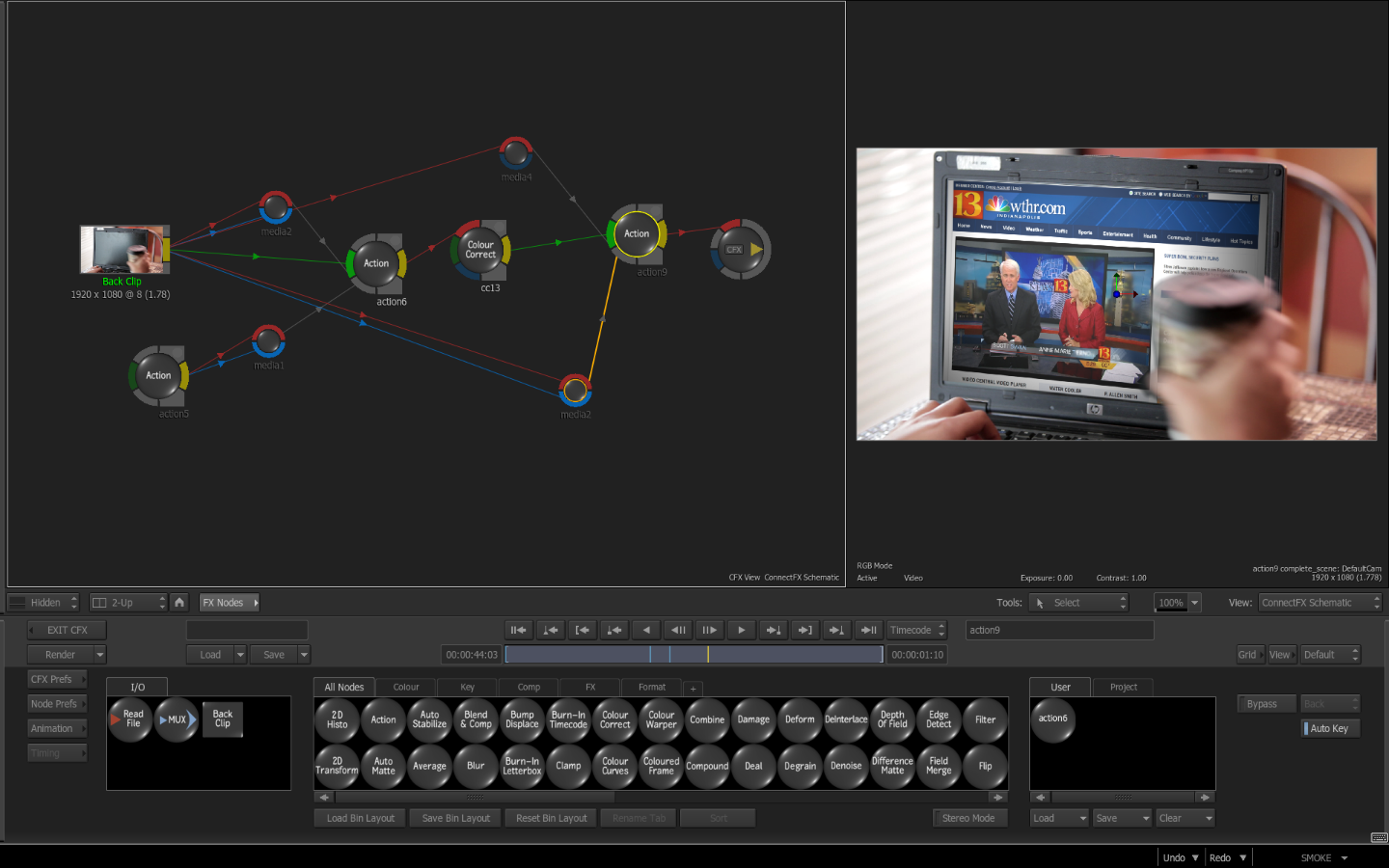 2. What hardware can I use with Smoke?

Smoke runs in any of the current Mac computer systems. As well as the circa 2011 systems.  At the Autodesk Booth, Smoke was running on 27” iMacs and on a MacBook Pro.  The stage demo was running on a MacPro tower.  All of the systems were running Nvidia GPUs, but Smoke also works fine with older ATI graphics.  There is a known issue with the Color Warper Node in CFX with certain ATI cards.  This appears to have been fixed under OSX 10.8.3.  However, 10.8.3 is currently under evaluation and not 100% certified. However, users are reporting that Smoke is running without issue. In fact, there seems to be a speed boost in processing with the GPU using ATI cards as well as the Color Warper fix.

At the show Smoke was using the AJA ioXT for broadcast monitoring as well as the Kona3, but the biggest news was that Autodesk and Blackmagic Design announced a technology collaboration.  Nothing was shown using Blackmagic hardware for IO, but the announcement states that “the ongoing work between Blackmagic Design and Autodesk will include the testing and development of integrated workflows between Autodesk technology and Blackmagic Design’s PCIe and Thunderbolt based desktop video capture and playback products including the Decklink, UltraStudio & Intensity product lines.” 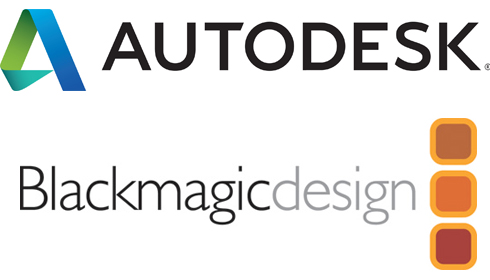 What does this mean? Well, during the Pre-Release trial users wanted to work with Smoke and DaVinci Resolve and use their existing BlackMagic Design cards.  Looks like Autodesk was listening and are working to make that a reality.  I hope we see this sooner rather than later.

3. After Effects has 3D support with Element 3D and Cinema 4D.  Can Smoke work with 3D objects?

Smoke has always worked in true 3D Space inside the Action Node.  With Action, you can create 3D text, custom bevels, and individual texturing for Front/Bevel/Back.  Smoke also support the import of .obj (including sequences), FBX, Alembic, and 3DS models.

I was showing people how you can use the models from Element 3D and import them into Smoke with embedded textures.  The Video Copilot Metropolitan Design Pack imports great into Smoke with full textures that realistically react to day/night lighting. 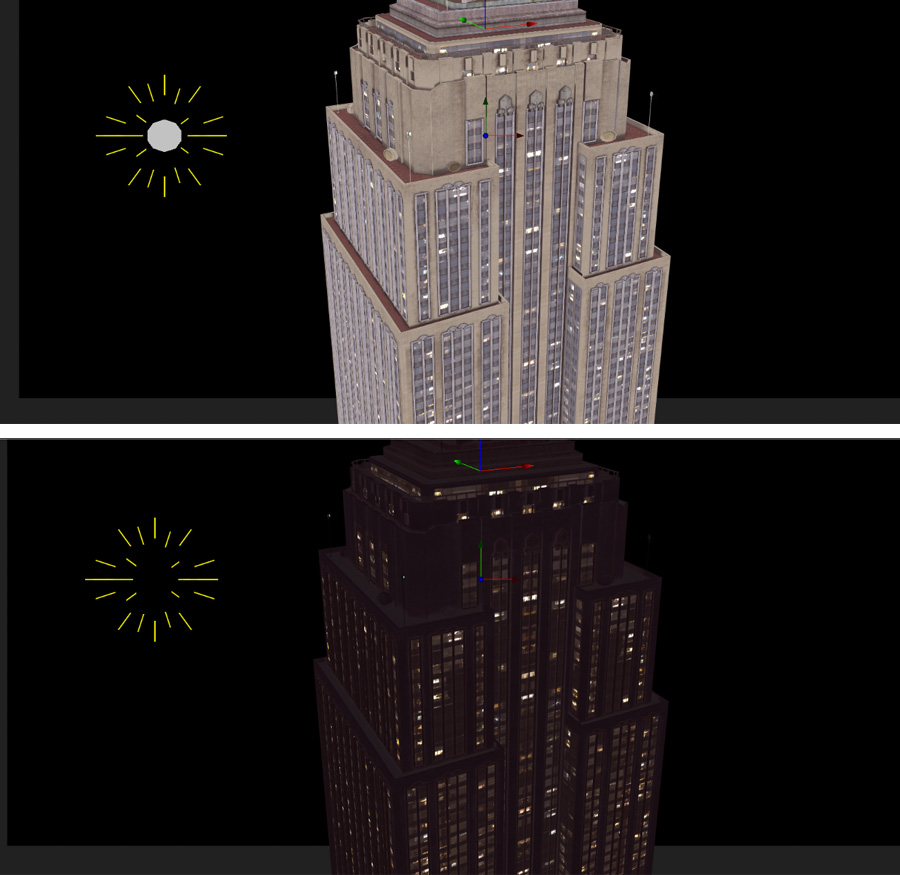 When you set the lights in Smoke to negative intensity the building lights illuminate due to the embedded Emissive and Specular Map Textures.

The FBX import also brings in any Lights and Cameras including animations.  The Lights inside Action are the same light available in Maya. 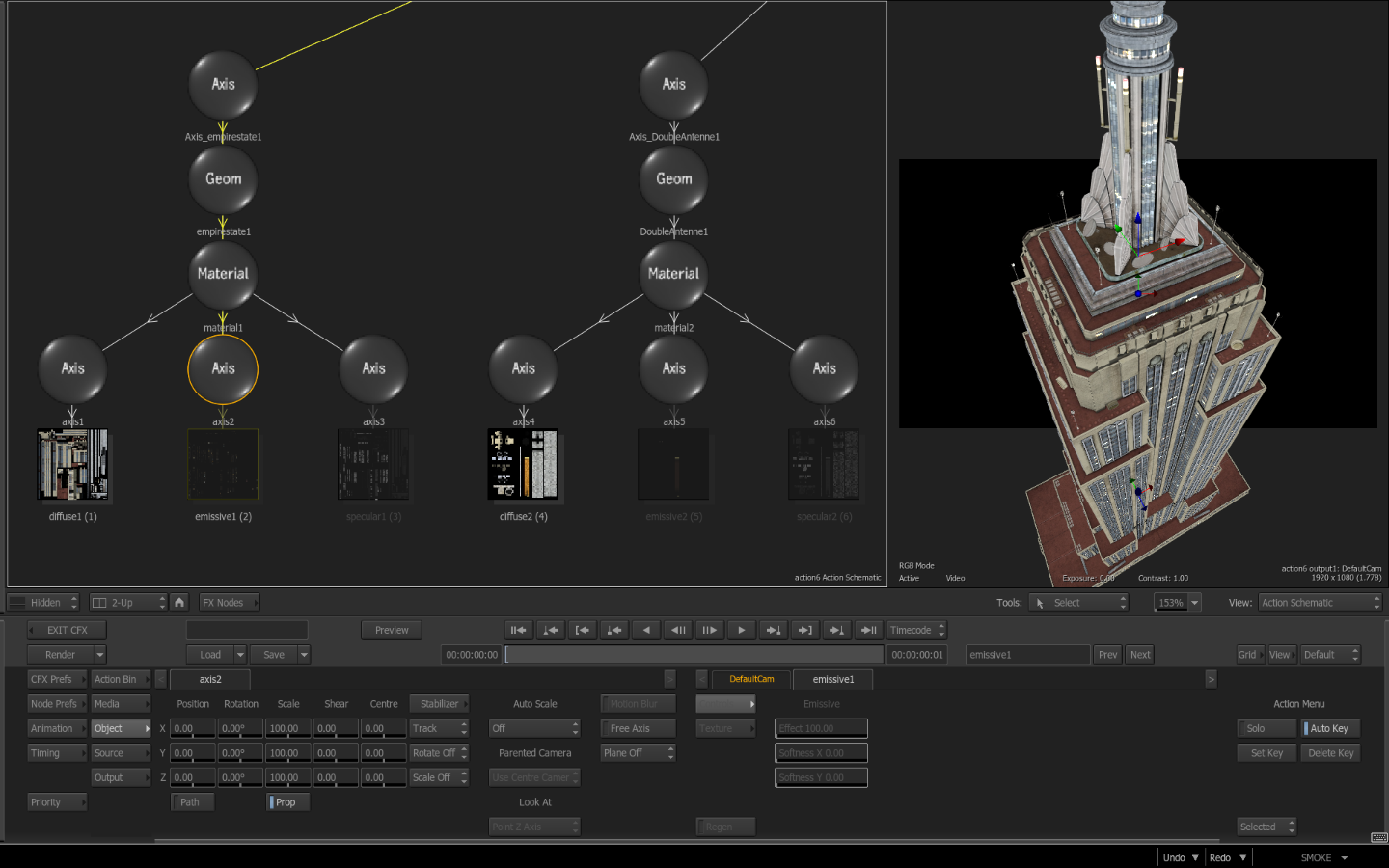 4.  Is there training available for Smoke?

Yes. Lots of it.  And most of it FREE.  Autodesk has really focused on making it easy for people to learn Smoke.

Editors coming from other NLE’s will find many of the features of Smoke easy to grasp.  Others, mainly Node Based Effects and Compositing, might be new to them and knowing how Smoke “thinks” will go a long way to maximizing it’s potential. 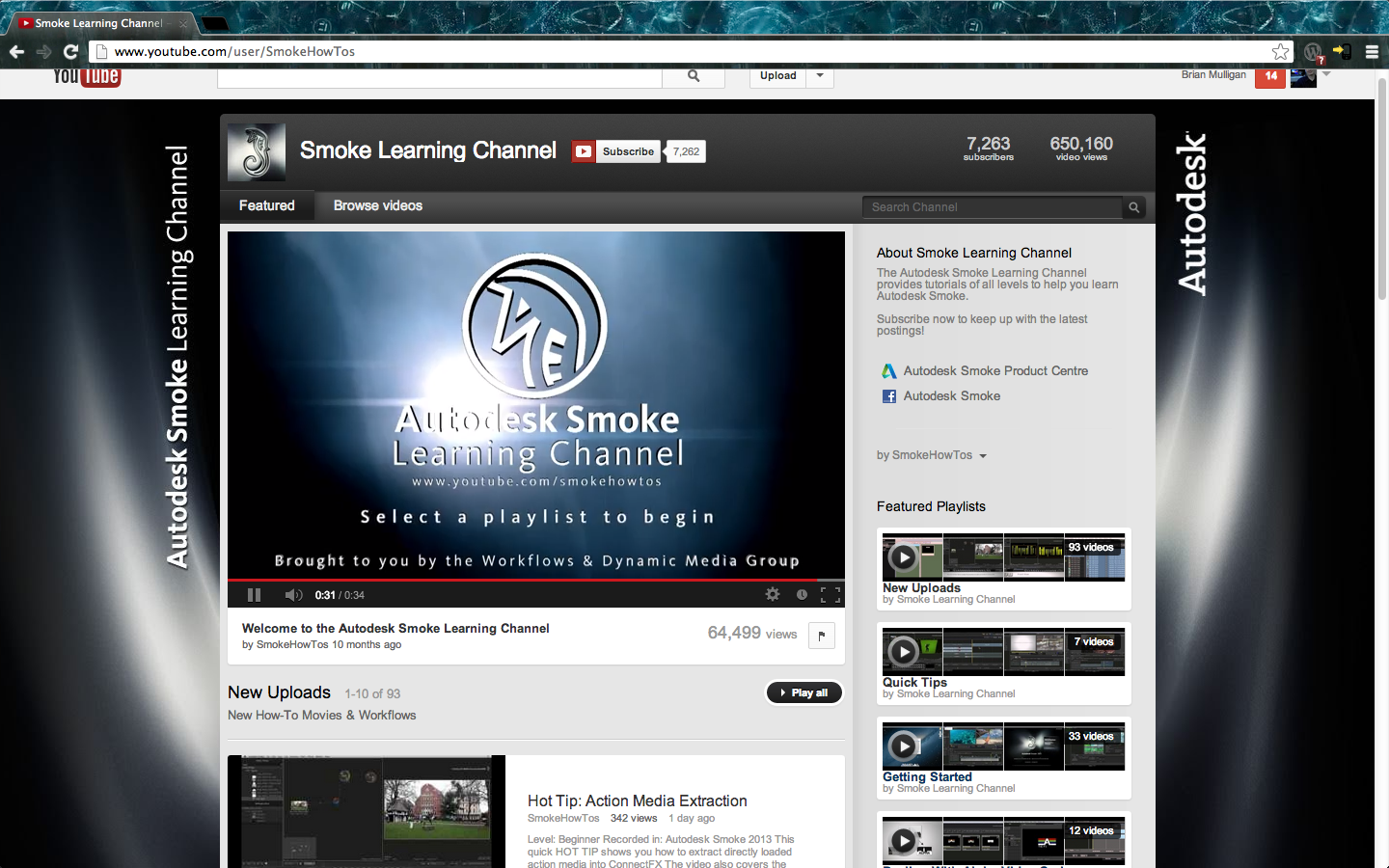 Autodesk has created about a hundred videos from the very basic first steps, to more advanced videos explaining Keying and inter-op with Mocha Pro. You can find all of these videos on the Smoke Learning Channel on YouTube and they are available on iTunes as well. 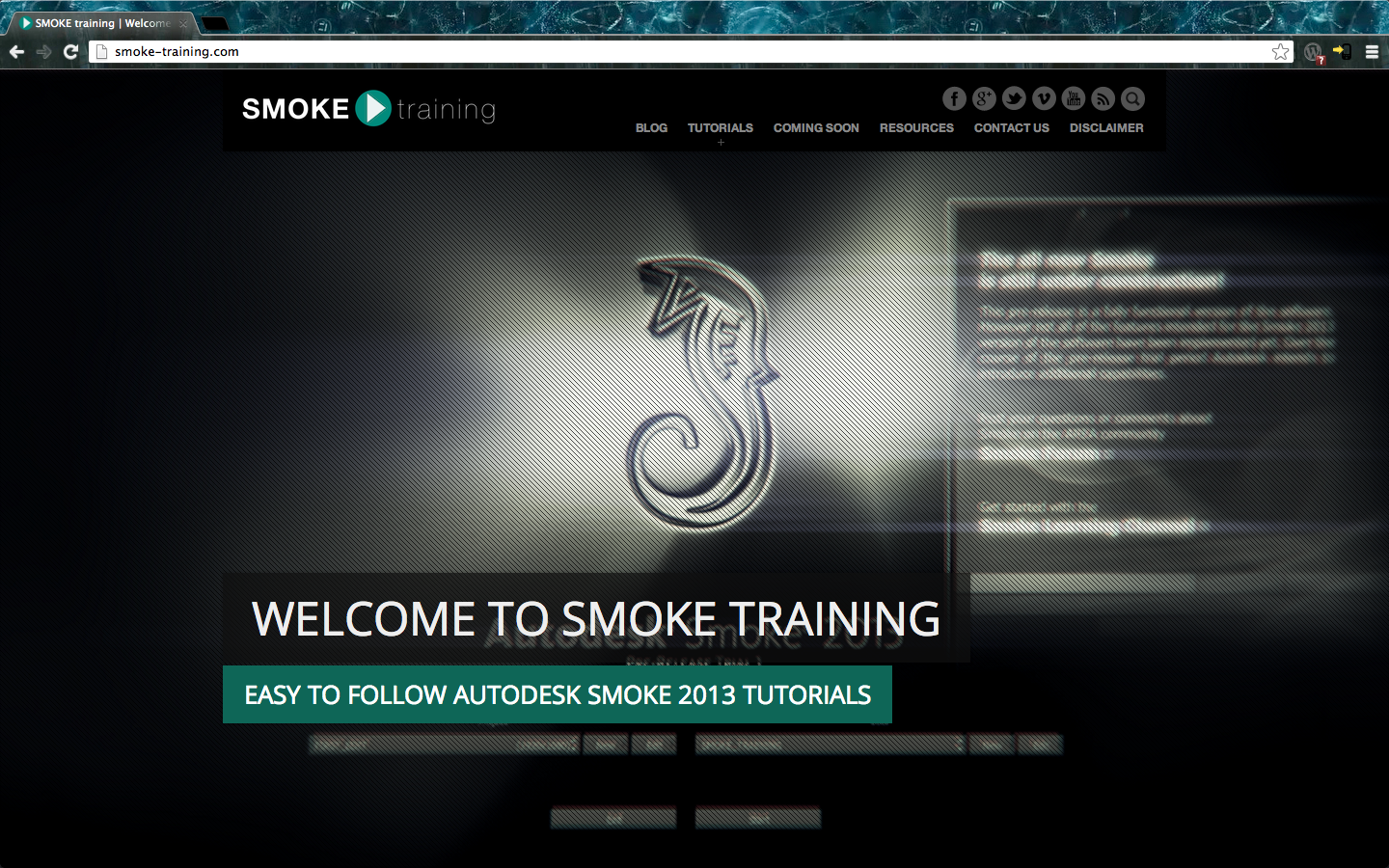 Smoke-training.com has easy to follow videos clearly explaining many of Smoke’s features.  Power user Joel Osis’ videos are a bit more for the intermediate user, and really highlights how to do some of the more VFX centric tasks in Smoke like complex keying and tracking techniques.

Digital Tudors and FXPHD.com both provide a series of low cost training videos.

This is a hard question to answer.  NAB didn’t show anything new from what is currently available to users.  But that doesn’t mean that there isn’t ongoing development.  Smoke was officially released in December 2012 after a 6 month and 6 version Public Pre-Release Trial.

Between December and NAB 2013 there have been 2 Service Packs for Smoke.  Service Pack 1 was small, but Service Pack 2 addressed over 63 bugs and workflow issues.  It was unfortunate that there wasn’t something new to see at NAB, but I know from being part of the beta-group, that there is ongoing development..it just wasn’t ready to show at NAB.  Rumor has it that you should see a new release soon.  If you want a bit of a hint as to what you might experience, check out the Flame-Users Group Video from NAB.  If you listen and look closely you might see a few new things and get a sense of the scope of the release.  So potentially 3 updates within 5-6 months seems to reveal that Autodesk is serious about making Smoke a solid product for the Mac platform.

Check out some of the other Smoke user demos from NAB on The-Area, Autodesk’s Community Hub.