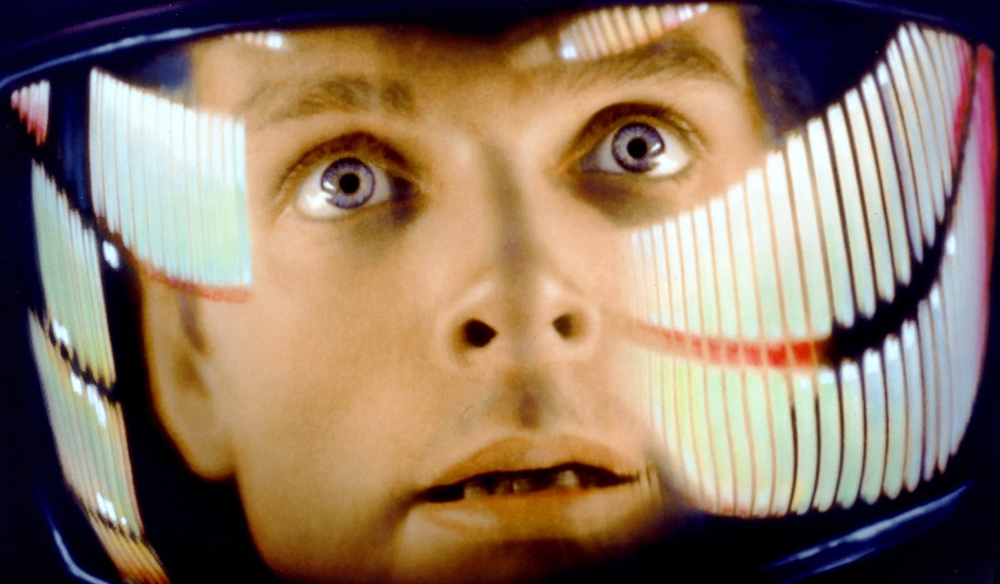 Cinematography Tip: How the Pros Frame a Close-Up

The close-up shot is considered a building block of film. It has become a staple of cinema, featured in nearly every motion picture.

The close-up shot, or CU, tightly frames a character or object. The technique dates back to the 1890s. Typically close-ups are used to portray a character’s emotions, while only framing their face. They are also used to show specific action, like a hand picking up a knife. Close-up shots are also used as cutaways to highlight a specific plot point for the audience.

Image: Edison Kinetoscopic Record of a Sneeze  from the Library of Congress via Wikipedia

This seven second film was the first motion picture to be copyrighted in the United States. It is considered to be one of the earliest – if not the first – uses of a close-up shot in film. (Dickson followed this film with the action-packed sequel Fred Ott Holding a Bird.)

In modern terminology, this shot would now be classified as a Medium Close-Up or MCU. It’s the halfway point between a Medium-Shot and a Close-Up. This shot features Fred Ott’s shoulders and chest. The modern close-up only shows an actor’s face. 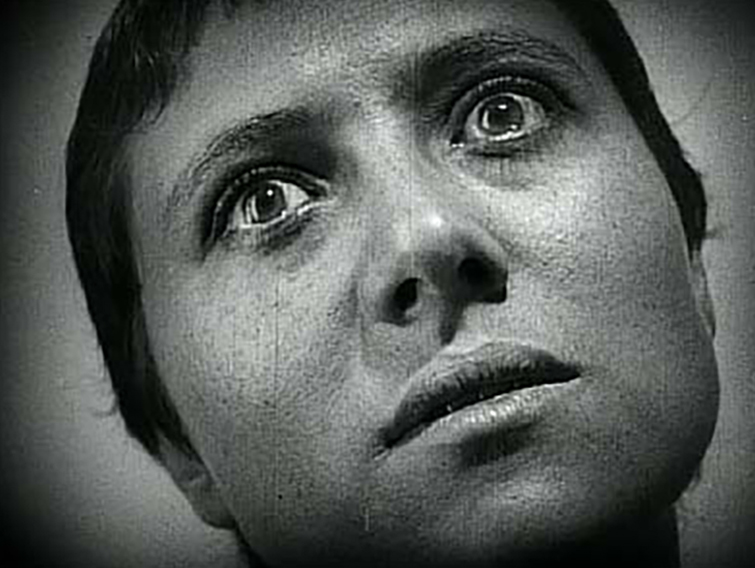 Image: Maria Falconetti in The Passion of Joan of Arc via StudioCanal

Perhaps to most notorious film to feature the close-up was the 1928 drama The Passion of Joan of Arc. The film ran two hours and was almost entirely made up of close-ups.

Director Carl Theodor Dreyer wanted the film to use a great deal of close-ups. He felt that the emphasis on the actor’s facial expressions would help the audience feel the fear that Joan felt.

There were questions, there were answers- very short, very crisp… Each question, each answer, quite naturally called for a close-up… In addition, the result of the close-ups was that the spectator was as shocked as Joan was, receiving the questions, tortured by them.

Ready for My Close-Up

By the 1950s, the close-up was associated with fame. Having a close-up in a film could turn an actor or actress into a celebrity. The 1950 film Sunset Boulevard tells the story of Norma Desmond, a silent film star turned recluse. In regard the the films of the silent era, Desmond declares, “We didn’t need dialogue, we had faces.”

It was true, as film audiences would develop the feeling of an intimate relationship with the stars of films. The same film would deliver one of the most iconic lines in film history, “All right, Mr. DeMille, I’m ready for my close-up.”

In 1960, director Alfred Hitchcock terrified audiences with his use of close-ups in his thriller Psycho. By focusing on certain details, Hitchcock was able to circumvent the ratings board. The film seemed much more graphic than it actually was, which is all due to the film’s editing.

Once Upon a Close-Up

Image: The Good, the Bad and the Ugly via United Artists

During the late 1960s, director Sergio Leone would go on to redefine the close-up. In The Good, the Bad and the Ugly, he would use it in nontraditional ways. In the above image, the audience first sees a wide shot of the desert landscape. It is then that this face appears right in front of the camera. Since a wide angle lens was used to capture the desert, the man’s face seem stretched and disoriented in this close-up.

However, it was the close-ups during the standoff at the end of the film that made The Good, the Bad and the Ugly the epic western it is. Leone uses a series of close-up shots to build tension, constantly cutting between shots of the actors’ faces and their guns.

As we await for the first person to draw, Leone then moves in to a series of Extreme Close-Up shots. We only see the eyes of the actors, ultimately moving in a a series of fast-paced quick shots before the first gun is drawn.

Leone would follow this film with Once Upon a Time in the West, another western saga that opens with a great series of close-ups of three mysterious men waiting at a train station. This time the audience does not hear the traditional Ennio Morricone musical score or even much dialogue. The audience waits in the abandoned quiet desert surrounding the train station. Using only sound effects and close-up shots, Leone creates an intense amount of drama.

Leone’s use of the Extreme Close-Up (XCU or ECU) went on to influence a generation of filmmakers, most notably Quentin Tarantino and Paul Thomas Anderson.

Not only has Tarantino gone on to use extreme close-ups throughout his films, his westerns feature nods to the work of Leone. Most notably, Tarantino uses the music of Ennio Morricone.

Anderson had always declared his love for the extreme close-up, but he always felt he could push the technique further.

The Close-Up of Today

Throughout the 1980s and 1990s, director Jonathan Demme would center his actor’s in the middle of frame during close-ups. It was that technique that created the terrifying look of Hannibal Lecter in The Silence of the Lambs.

The close-up is also a favorite of director Edgar Wright, who uses the technique for cutaway transitions.

In fact, Wright is so passionate about his love for the close-up, he talked about his influences like Martin Scorsese in this interview with David Chen from Slash Film.

The close-up is also still used to build tension, just as Leone had done with his standoff. In fact, the pulse pounding pace and stressful story of Whiplash perfectly captures the intense pressure the main character feels.

Video from Between Frames

We couldn’t cover every close-up, so we probably missed your favorite. Which close-ups did we leave off? Want more historical posts like these? Let us know in the comments below.