Managing a client feedback session can be a make or break scenario. Getting it right will save you a lot of time, effort and anguish and can hopefully help to build your business too.

Client feedback sessions are an integral part of any creative project and are especially useful for video editors.  Knowing how to make the most of the time, the questions and your answers, is an important skill to develop. Striking the right balance of being able to says ‘yes we can do that’ and ‘no – there isn’t time, budget or sense to do that’ is crucial to keeping everyone involved satisfied. Here are a few suggestions for video editors that might help keep the project on track in your next client feedback session. 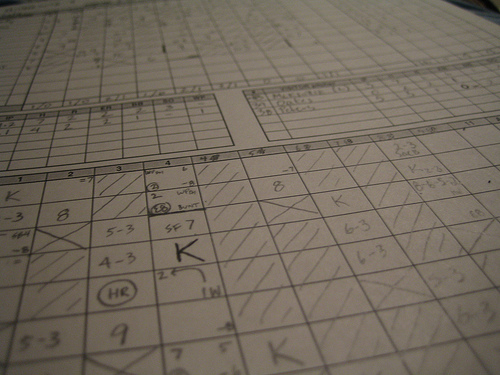 We’re All in This Together

One of the most important things to do is to get all the stake holders in the same room at the same time. Anyone who is going to have a deciding vote in what changes are made, whether it is approved and what really matters needs to be there. Preferably other hangers on and interested parties can be kept out. This is helpful for a couple of reasons:

The Right Kind of Questions 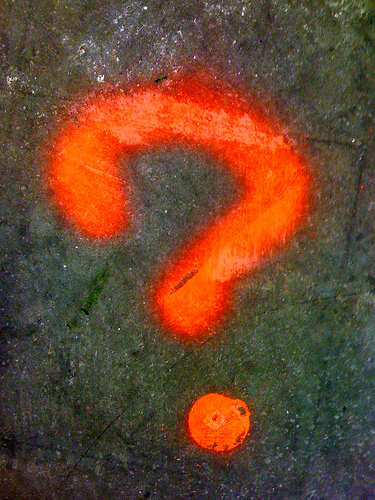 The kind of questions that you ask in a feedback session, the precise wording you use, can be extremely influential in eliciting the kind of answers you’re going to get. Personally I’d always try to frame things in a positive manner rather than the negative, and keep the questions as open ended as possible. For example ”How do you feel the film is working?” is much better than ”Is there anything you feel isn’t working right now?”  Often people will pick up on something just to have something to say! Asking ”Is there anything you feel we need to change?” is better than “Do you like the music/graphics/grade/pace/etc?”

Ultimately there will be things that people don’t like or feel needs to change. That’s the point of the session of course!  However,  when a problem is raised, make sure to ask a few specific and probing questions to inform the diagnosis. Vague answers like ”It feels a bit slow or a bit serious” won’t give you a specific task to accomplish. Try to get specifics about the problem and ask them to suggest what they think might help solve it, or what they would rather see. This will help you get to the bottom of their issue from the point of view of a potential solution.

The Buck Stops Where?

Now every client idea isn’t going to be a winner (neither are yours) but by offering a bit of ”loyal opposition” you can push back on the weakest of their ideas and also strengthen them by building upon them with your own ideas. Loyal opposition means fighting for the best possible version of the film that will serve their needs, not yours. Creatives can easily get caught up in protecting ‘my art’ rather than building ‘our project’ or in fact, ‘your project’. Investing our creative time, energy and abilities leads to ownership of a project, but its not ultimately ours to own. Offer loyal opposition but ultimately work in service to their goals. (Image from glsims99 on Flickr) 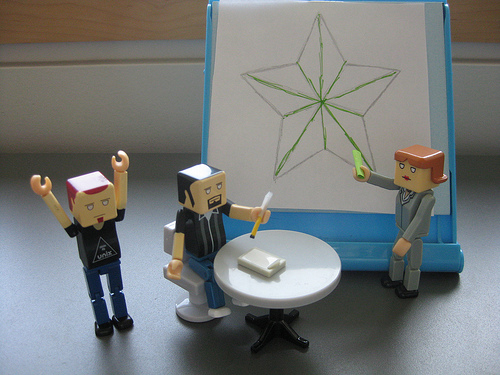 An important discipline after a feedback session is to summarize in writing what the changes are, how you are planning on addressing them and what time and budget considerations outside of the original brief and scope of work they might involve. This lets the client get a reality check on whether they really do want to spend a further 50% of the original budget doing a re-shoot of the ending. I’ve been there – it was fine for me, I got paid twice!

One last thought about the importance of not sitting at the editing controls with the client. It can be tempting for a client to simply control the changes as they happen. Questions that start with ”Can you do X” often have an answer of ”Yes I could… but.”. In our eagerness to please we can start doing rash things, simply because we’re sitting in the driving seat and we know how to do it. I think a better way is to watch an exported film in a different space and have an in-depth discussion about what needs to be addressed. This helps to solidify your position as a co-collaborator rather than a button monkey.

If you’re at the final hurdles of a project, you may want to consider sitting together at the editing controls at this point.  If you just need to implement the fine grain last tweaks and adjustments you can get their approval then and there.  But this should be strictly reserved for the tail end of a project.

If you’re having to work in partnership with any of their internal communication or marketing people, then sitting in their office making changes with them is sometimes the fastest, most efficient way to get the job done.