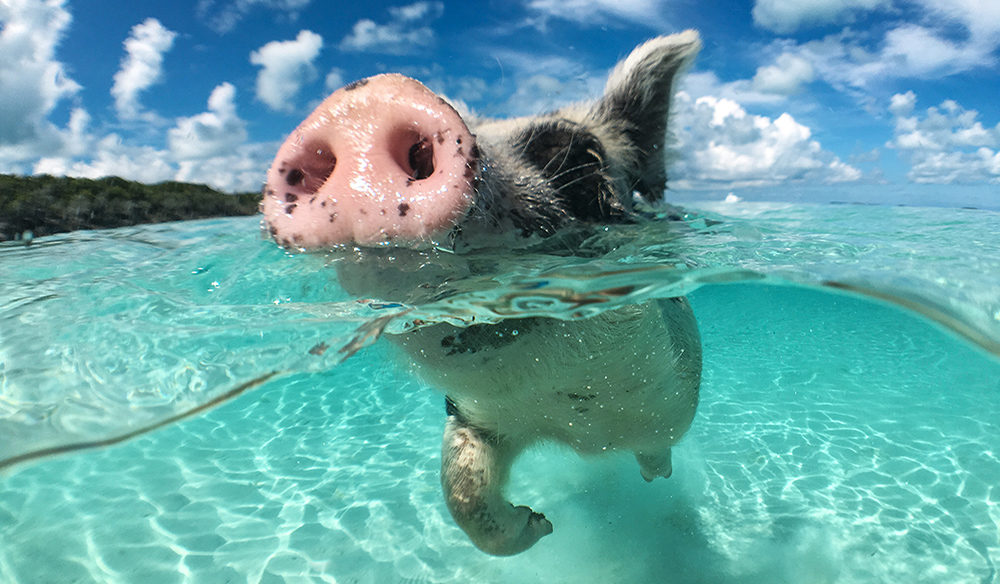 From grabbing location inserts to creating a promo video without leaving your office, royalty-free footage is an excellent way to save time and money.

Picture this — you’ve got 24 hours before the deadline for a client’s video. You’re combing through the last parts of the video, and you realize that one of your establishing shots of a city skyline is drastically overexposed. There’s no fixing it — you’ve corrected it as much as you possibly can, and it still looks like a photo your Dad took with an old disposable camera.

Well, there’s good news: you don’t have to re-shoot. You don’t even have to save the corrupted footage. You can find footage of that exact city skyline and downloaded it to your timeline in under 10 minutes.

After the recent documentary-driven interest in the infamous Fyre Festival, our friends over at Shutterstock spent some time thinking about the insane budget behind Fyre Media’s own promo video. The filmmakers could’ve made, essentially, the same video for much less — without sacrificing quality. To prove it, Shutterstock made their own FyreStock promo video.

All the footage in this promo came from Shutterstock, edited in just a day. It still captures all the hype of the original Fyre Festival video, without involving a crew and models (and shipping them to an exotic island). So if you’re trying to create a mood for a client’s brand with an exciting promo video but don’t have the resources to go out and shoot it yourself, royalty-free footage can put you anywhere you need to be.

If you think about all of the production costs associated with producing your own video, they rack up quickly. Take Hollywood blockbuster budgets, for example — even a middle-of-the-road production can cost upward of $100 million. The associated costs beyond gear and production include things like travel, food, insurance, lodging, and more. Jordan Dyck over at Shutterstock actually estimated the cost of the Fyre hype video:

And even that is a relatively conservative estimate. I mean, Do you think Bella Hadid really only charges $2,000 each day to be in your video?

So even if you aren’t making the “next big viral video,” you could easily make a budget-friendly video using only royalty-free clips for your company — or for a client’s production.

Okay, so what if you aren’t planning on creating your own video out of stock footage? There are a few more practical uses for royalty-free footage. One of these is establishing shots. When you’re shooting on set, especially for a project with a limited budget, taking precious hours to pick up, get on a rooftop, and grab a shot of a city skyline can de-rail a production.

Take a look at these clips that I grabbed from Shutterstock. I would use these for an establishing shot of a few friends meeting at a bar in the city.

Video via VIA Films.

Does this look familiar to you? It’s because you’ve seen royalty-free footage in all your favorite shows. Most large-scale productions use these clips for establishing shots since it’s easier on both the crew and the production staff.

Inserting these clips at the beginning of a scene saves me the time and energy it would take to hire a drone pilot and secure FAA licenses to fly near the skyline — not to mention permits for location shooting and permissions from establishments to use their buildings. All the work is done — you just have to download the clip.

Production value skyrockets with the strategic use of good establishing shots and high-quality videos. With the right clips, making your project look like a major production on a small-scale budget is easily within reach.

So, try it out for yourself. Head over to Shutterstock and comb through 12 million videos and images you can use next time you need something you couldn’t shoot yourself — or videos to create your very own promo video without leaving your computer.