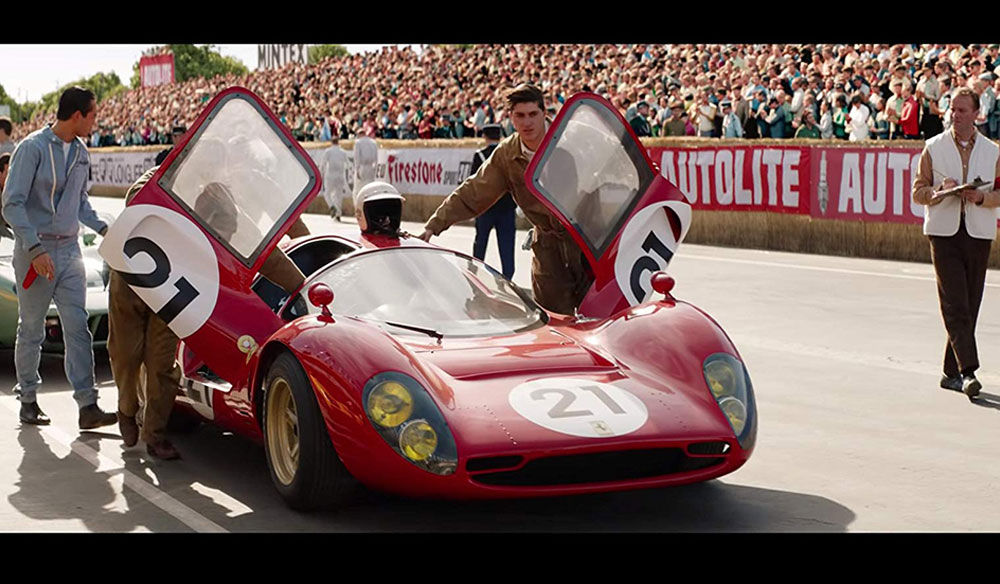 The Prototype Rigging of Vintage Lenses in “Ford v Ferrari”

How the filmmakers involved with Ford v Ferrari rigged custom vintage lenses to achieve the gritty look and feel of the 1966 Le Mans car race.

The ’60s aesthetic achieved with the use of the Panavision C Series in Ford v Ferrari (via Twentieth Century Fox).

Director James Mangold and cinematographer Phedon Papamichael were invested in having a ’60s and ’70s film-like aesthetic while shooting digital. Because Ford v Ferrari is character driven, there was an intimacy they wanted to achieve behind the wheel. Unlike the approach of the Fast and Furious franchise, they weren’t looking for the beautifully clean, sharp imagery with all the resolution and detail that lenses such as the ZEISS Master Primes and Ultra Primes would provide. They distinctly wanted the grain, distortion, and flare achieved through vintage lenses — so they chose the Panavision C Series.

However, those classic lenses didn’t mesh with the ARRI Alexa LF, as they don’t cover in the sensor. In stepped Panavision’s Dan Sasaki with a prototype solution. 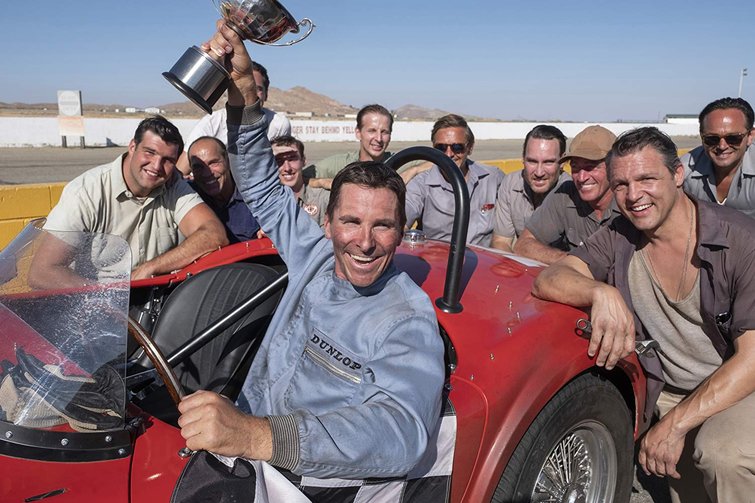 An example of the anamorphic format used in Ford v Ferrari. (Photo by Merrick Morton via Twentieth Century Fox.)

We wanted to stay on anamorphic because we love that aspect ratio. In fact, the slight anamorphic distortion really helps the look of the cars and makes everything sexy and also conveys that period. The only problem is they don’t cover in the sensor of the LF. So, we turned to Dan Sasaki, the lens guru of Panavision. He was like, ‘Well, I can expand them.’ And I’m like, ‘Really? Can you do that and can you get this done before we start shooting?’ We were about to go to France and do the sequence where he gets to the square in Le Mans and he’s like, ‘Yeah, I can do this.’

The production team was heading out to France in two weeks, and Papamichael was elated that Sasaki could turn it around that quickly.

He put that together and we really went out with these prototype lenses that nobody had done before. It’s a two time anamorphic expansion lens with an additional piece of glass on the back that’s covering that sensor. And it just created this beautiful fall off in the background . . . it’s very painterly and just. But that allows us to do close-ups on a wider-angle lens, which is something Mangold and I always like to do. We don’t like to just put on a long lens when we do coverage or close-ups. We like to physically move the camera closer and so feel the world. Even though, technically, you’re doing a close-up, you always feel the surrounding, you always feel the environment around them, and there are a lot of interactions. Although you’re looking at a close-up, you feel the context of what’s happening around them.

The process was not without its glitches, as the prototype did need to be adjusted and tweaked before filming. However, the results were so impressive that Panavision now finds that expanding is in high demand.

You can see the results of this wild ride with Ford v Ferrari‘s release on November 15th.

Looking for more articles about the filmmaking industry? Check these out.