What Post Production Software Works Best on the Mac Pro?

The new Mac Pro offers powerful performance, but which video editing applications are best suited for the system? 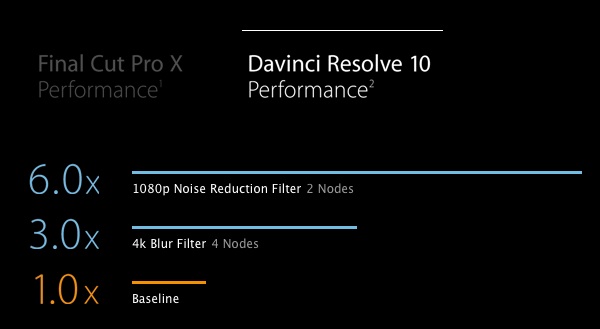 Two of the main benefits of those cores packed into the new Mac Pro is the ability to split (thread) parts of high performance tasks to each core, therefore getting the job done faster, and sending computational instructions to the two GPU’s that ship with each Mac Pro configuration.

But as the Mac Pro is new, there aren’t a load of software applications that are ready to do that multi-threading work. So what software works best on the new Mac Pro?

As FCPX 10.1 is obviously Apple’s own product, it works extremely well on Apple’s own hardware. FCP.co posted this report on their first 24 hours with the new Mac Pro and had this to say about the performance in FCPX:

For the purposes of testing, I decided I’d try and see what I could do in real time. I took a quick trip into FCP’s preferences, disabled the background rendering function and enabled the dropped frames warning. Next, I switched the Viewer’s menu from the default “Best Performance” option to “Best Quality”. With these settings in place, skimming and playback was very responsive, with the exception of the 4K RED RAW footage which dropped frames on playback (though skimming was absolutely fine).

Barefeats.com did their own FCPX and MacPro test and posted these results. Interestingly in these Mac Pro benchmarks the 6-core D500 configuration beat out the 12-core D700 config.

Phillip Hodgetts, who is an outspoken supporter of FCPX, posted this video of FCPX playing back 5 streams of native RED RAW files in real time.

Now FCPX is probably doing ‘adaptively debayering’ in order to achieve this – which colorist Juan Salvo had this to say about it:

@lettershome FCPX is doing adaptive debayer… Between 1/8-1/2. If you force full res you’ll get same shitty/awful performance on both.

DaVinci Resolve 10 on the Mac Pro

It is interesting to note that the other ‘headline’ software that Apple point to on the official Mac Pro site is Blackmagic Design’s DaVinci Resolve 10. Is it a sign of Resolve’s ever growing market domination in the color grading world? Whatever it means here is a round up of what some colorists make of the new Mac Pro:

In the latest Coloristo’s podcast Jason Myres leads a discussion on his round of color grading tests on both a 6-Core and 12-Core machines in Resolve 10. The colorist’s conclude that the 8-Core with a D700 and 32gbs of RAM might be the sweet spot in terms of best bang for buck. For a full run down of all the tests, the results and what they all mean, plus a PDF download of the results, head over to the Lift Gamma Gain forum. Very interesting listening!

Colorist Tom Parish has blogged about his experiences in testing the new Mac Pro for color grading and whether an iMac might be a better buy depending on your performance requirements.

Yes, the Mac Pro is quiet. Frankly, I never heard it, as even the quietest disk drives seemed to be louder than Mac Pro.  On the tests below where I rendered 5K files using the full debayering feature, the Mac Pro was pushing warm air out the top but there was no loud rush of fan noise. This to me is a huge deal for me. I do a lot of audio work. It’s critical to keep my studio as quiet as possible, so that’s a plus.

If you’re still wondering about the difference between the Nvidia GPU vs the AMD GPU discussion then this short post from Linear Post should help you out.

Although this next link from Business Insider, is a complete aside from color grading, it’s interesting to see that studios like Pixar are using the Mac Pro in their pipeline. 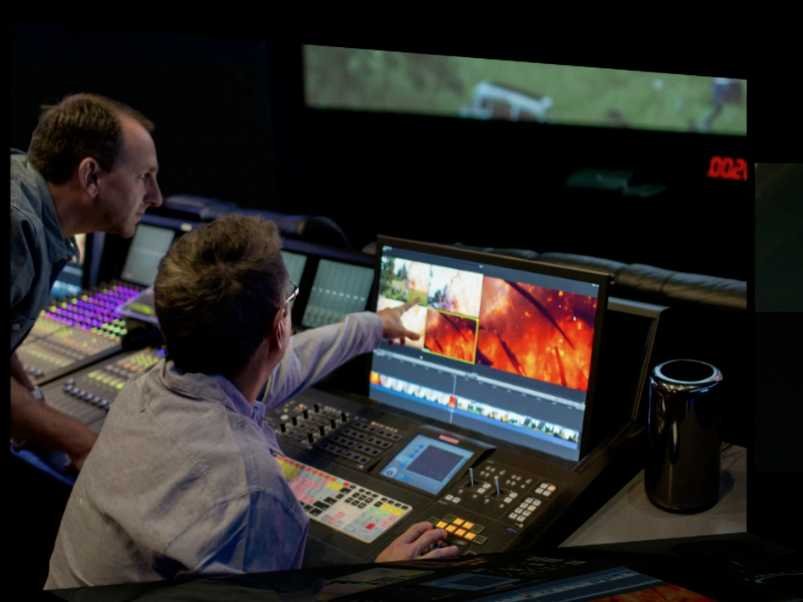 Philip Hodgetts has run some ‘real-world’ tests on the updated version of Premiere Pro with R3D files, based on the simple test mentioned above.

Bottom line is that the Mac Pro 2013 is a very fine computer for Premiere Pro CC given an optimized release (mid December 2013, version 7.2.1). The performance of both Premiere Pro and Final Cut Pro X on this hardware is way more than most people need, most of the time.

The 7.2 release of Adobe Premiere CC provided support for the dual GPU’s found in the Mac Pro – although only one is used for playback, but both increase the speeds of exports.

Adobe Media Encoder Vs Compressor on the Mac Pro

Larry Jordan has two interesting articles on video compression on the Mac Pro. In this first article he compares it’s performance to an iMac, performing a plethora of tests with different types of video content, codecs and lengths. You can download a comprehensive PDF of all of Larry’s results here.

During the course of this test, I learned that the Mac Pro does not support hardware acceleration, that clock speed is only part of the equation – with or without turbo boost – and that different codecs yield different results on both systems. It will be very hard for any Mac Pro to beat the hardware acceleration in an iMac.

In this second article Larry compares the performances of Adobe Media Encoder to Apple’s Compressor 4.1. As you’ll see from the length of the article and the number of updates to it, it is not a straight forward comparison, but it is worth a read to get to the bottom of what is happening. In the end Larry concludes that:

If MPEG-4 is your prime focus, AME may be the better choice. If QuickTime movies are your primary focus, Compressor wins. AME is the best choice for Flash. Compressor for HTTP Live Streaming.

Finally, Larry also has this interesting tip on speeding up your video compression speeds using multiple instances of Compressor 4.1 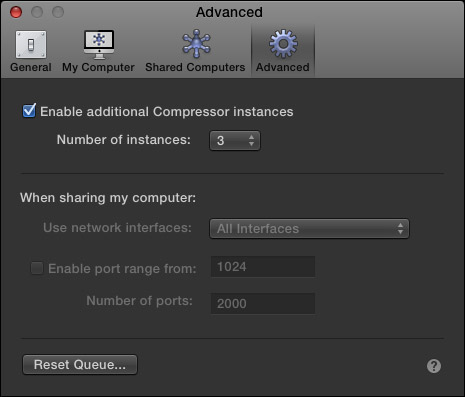