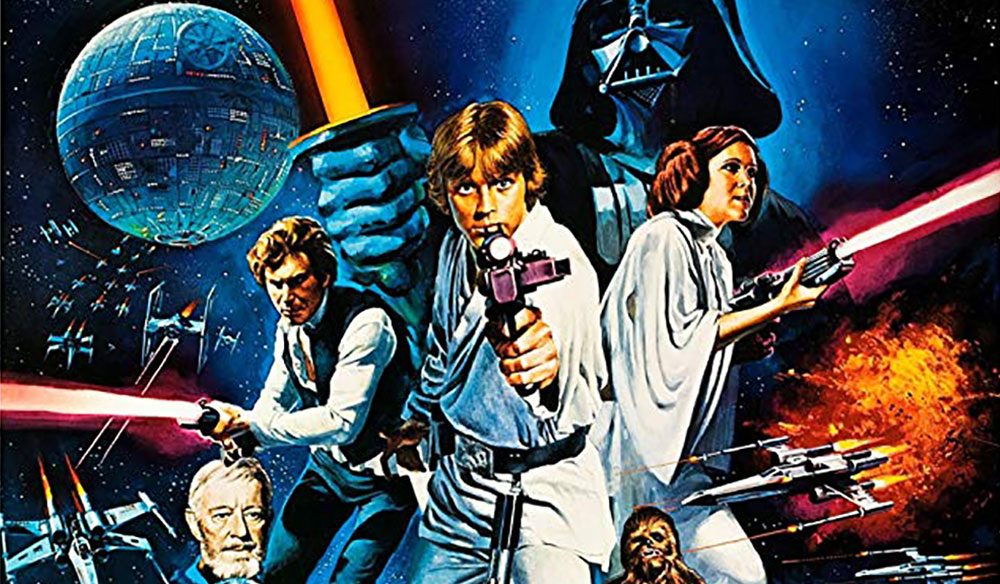 The original Star Wars trilogy crosses cultures and stands the test of time. So, what happened with the prequel trilogy? I call it “The Lucas Effect.”

Let’s talk about Star Wars for just a moment. The original trilogy is arguably amazing. The deepest story? No. However, the groundbreaking effects and excellent sound design, a wide array of characters, beautiful action, and good character arcs make it an enjoyable and beautiful trilogy. And George Lucas was lauded for it — both critically and financially. And rightfully so!

So what happened with the prequel trilogy? Well, an in-depth analysis is beyond the scope of this article, but in summation, what happened is what I call “The Lucas Effect.”

The Lucas Effect is wild creativity with reckless abandon. It’s not knowing how to edit your story, not realizing when you’ve gone too far — or if you’ve crammed too many characters and subplots into one story. The Lucas Effect is not knowing when to say “no” to an idea that probably won’t work. This often happens when a creator is given too much freedom. Too much freedom can be happenstance, as in seemingly endless resources to do as much as you want, or self-imposed, as in refusing to take any criticism or refusing to collaborate with others.

I think people sometimes forget just how George Lucas was involved in the original films. Many think he had complete control, but he didn’t. In fact, he only solely wrote and directed Star Wars: A New Hope. With other talented people in control, they took his marvelous, grandiose ideas and focused and refined them into something great.

So, when Lucas comes back and says, “Hey, I’m gonna make those prequels now,” everyone is so excited that no one thinks he can do wrong. It’s bound to be a success. So, he got huge funding, and no one challenged his vision or ideas. However, I don’t think Lucas realized something very important about himself, and why the original series worked so well (despite its problems). In the previous films, he had a system of checks and balances (unknowingly) in place. Due to production issues and financial and technological limits, he had to step aside from directing and writing to be the producer, to ensure the completion of his story. So, he brought on other writers and directors to work with. For the prequels, he didn’t. He wrote and directed all three himself. No one was there to tell him “no,” to separate the good ideas from the bad ones. He had too much freedom, and he went off the rails with it. As a result, the films were critical failures. As film producer Gary Kurtz put it, “I think one of the problems . . . is the fact that [Lucas] doesn’t have more people who really challenge him.”

You can also see this in the Indiana Jones series. Steven Spielberg acted as the gatekeeper for Lucas’s grandiose — often absurd — ideas for the first three films. As the series grew, Lucas’s ideas got even crazier. Thankfully, Spielberg managed him, kept him in check, and was able to tell him “No.”

For Indiana Jones and the Kingdom of the Crystal Skull, however, Spielberg practically gave up and just let Lucas take control. “When I was done with Indiana Jones and the Last Crusade, there was a reason I invented the shot of Harrison [Ford] riding a horse into the sunset,” says Spielberg, “because I thought that brought down the curtain on the trilogy, and then we were all gonna move on and mature into other aspects of filmmaking, and I never thought I would see Indiana Jones again . . . It was fine with me at the time. But there were some people it wasn’t fine with.” Spielberg “was done with this series. It was great! Let’s walk away!”

Yet all through the ’90s, Harrison Ford, George Lucas, fans, and interviewers would continually badger Spielberg to agree to at least one more story. Finally, he gave in and Lucas said, “Hey, let’s do aliens.”

“It was the idea of taking the genre,” said Lucas, “from the 1930s action adventure serials to the B science fiction movies of the 1950s.” Eventually Spielberg “humored George Lucas” and said fine, thinking that he “would never wind up directing this movie . . . we’ll get some young kid to come in and do this.” But he did, and he allowed Lucas to throw in a number of other wacky ideas. Spielberg had stepped aside as Lucas’s system of checks and balances, he had stopped challenging him, and the film suffered for it.

As a pairing, Lucas is the imagination while Spielberg is the storyteller. Without the storyteller — the one who keeps the narrative grounded, within its means, coherent, and logical, we’re left with fun, cool ideas, with no solid structure.

This isn’t something unique to George Lucas. A notable example of The Lucas Effect happened to the Wachowski’s and their Matrix saga. The first Matrix is marvelously done, balancing Hong Kong martial arts cinema, 90s cyberpunk, philosophical meditation, and anime. It takes just enough of each and blends them all together seamlessly. It works because each of those categories share a few common threads.

However, when it came time to make the sequels, the filmmakers dove way too deep. Where once they let anime influence their action and visuals, they then tried to seemingly create a live action anime with ninety Agent Smiths fighting Neo and over-the-top characters.

Fighting ninety Agent Smiths is like Fonzie jumping the shark. “Jump the Shark” refers to the show Happy Days, when Fonzie jumped over a shark while waterskiing. One could argue that because he jumped fourteen trash cans on his motorcycle in a previous episode, why can’t he jump a shark on water skis — while wearing his signature leather jacket? Yes, it’s possible, but it’s ridiculous. It’s also possible for Ewoks, basically violent teddy bears, to kill a bunch of Storm Troopers, but why? (In the Ewoks’ case, it was to sell toys.)

Where once The Matrix had a strong, philosophical backbone, the filmmakers now spend what feels like hours mulling over philosophy, in long, confusing exchanges dialogue. It became a mess.

They saturated the film with too many characters, too many subplots, too much anime and philosophy and Kung Fu wire action. Where the first film was focused on one main story, with a few excellent characters and clear ideas, the sequels went off the rails and just threw in every idea. Unfortunately, the Wachowskis carried this over to Jupiter Ascending. Jupiter Ascending had too many (ridiculous) ideas crammed into one film. It might have worked as a trilogy — if they had hired someone sensible to edit their script. The best way to explain just how convoluted and ridiculous this film became is with the Screen Junkies Honest Trailer of the movie.

You can avoid The Lucas Effect. You just have to be honest with yourself, and you have to be open to constructive criticism and be willing to collaborate with your department heads. When you go back to review your film script, you must be able to ask yourself “Is there too much going on here? Are there too many characters, sub plots, crazy ideas? Is it too ridiculous?” If so, how can you pare it down, trim the fat, and focus the story? Can you make the crazy ideas palatable for the audience? If it’s a sequel, are the characters and the story thematically consistent with the previous films in the series? Ask your peers the same thing when you hand them the script. Whatever you can’t make work, you have to cut. Whatever is too ridiculous — which will depend on the context of the main storyline — has to go. Be open to questions and criticism on set from your cast and crew.

You have to be able to say “No” to your own ideas (or someone else’s, in Spielberg’s case), and your crew needs to feel comfortable constructively questioning and challenging your ideas.