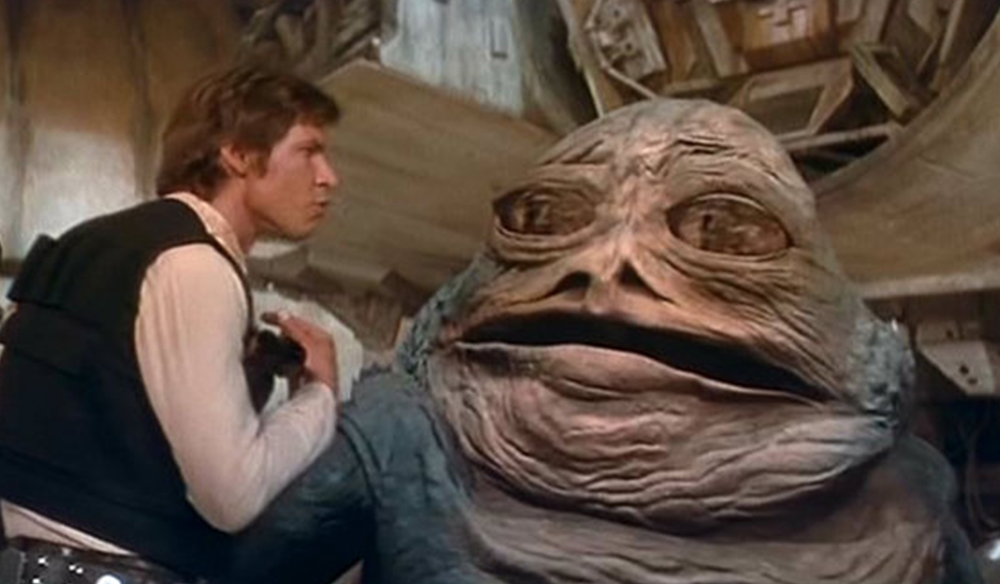 Check out ten moments from big budget blockbusters that made it virtually impossible for viewers to suspend their disbelief.

Between Christopher Nolan’s scientifically accurate black hole in Interstellar to the full-sized Millennium Falcon in JJ Abrams’s upcoming Star Wars: The Force Awakens, it’s a good time to be alive for fans of both CGI and practical effects. Of course, for every jaw-dropping moment of movie magic, there are at least ten instances of unintentional FX hilarity. For example:

The Rock is practically a special effect unto himself. He’s charming. He’s massive. Entire franchises (G.I. Joe, the Fast/Furious films) have been revitalized by his undeniable charisma and screen presence. So it makes sense that the filmmakers of The Mummy Returns would give him the day off during the shoot of the movie’s climax. Speaking of G.I. Joe…

As an old school G.I. Joe comics fan, I had high hopes for this movie. I mean, they cast Joseph Gordon–Levitt as Cobra Commander and Christopher Eccleston as Destro. What could possible go wrong? Turns out, as witnessed in Destro’s transformation scene…a lot. VFX powerhouse MPC did many of the effects. See the behind-the-scenes breakdown here.

Every time Hugh Jackman spikes his hair and lights a cigar, a yacht spontaneously appears in the backyard of a Fox executive. So you’d think they wouldn’t skimp on Wolverine’s defining Adamantium attribute. And the GIF above would prove that you’re incorrect.

YouTuber ILoveRyanReynolds (who from their content, most certainly loves Ryan Reynolds) offers up a 4 part behind the scenes look into production of Wolverine: here, here, here and here.

Peter Jackson’s Weta Workshop is a legendary special effects house. You know you’re going to be seeing something amazing when their logo appears in the credits of a film.  I think the most amazing thing about this dinosaur demolition derby is that it didn’t end up on the editing room floor. Peter Jackson actually completed a production diary of the film, chronicling the filmmaking process. It’s avaliable from Amazon, as well as a web version here.

Of course, Weta is also responsible for such special effects masterpieces as the Lord of the Rings trilogy and the 2014 Godzilla remake, so we can cut them some slack.

For a film series that’s chocked full of questionable special effects this one may take the cake. Just look at the baby. Look at the baby!

I get that the over-the-top proportions and palette of the Hulk make him hard to portray as a realistic character, but somehow the Marvel Cinematic Universe pulls it off. Unfortunately, the same can’t be said about Ang Lee’s rubber skinned take on the big green icon.

Here’s a fun article that features ILM Visual Effects Supervisor Jeff White discussing some of the challenges of bringing the MCU version of the Hulk to life in The Avengers.

Oh, hey. It’s Jabba the…what? The video I’ve embedded here is not of the highest quality. It honestly feels like I’m doing George Lucas a solid by posting a dark, blurry upload of the scene. I am not doing him a favor by following up this CGI abomination with a video that features the amazing Practical Effects Jabba.

I refuse to believe that Boba Fett would go to this super-lame party. Here’s the the original version. As a kid, it truly felt like this his was the kind of strange cosmic disco that would be playing at an intergalactic gangster’s palace. This scene has 99 problems, but Practical Effects Jabba ain’t one.

Here is a fantastic behind-the-scenes look (courtesy of filmmaker Jamie Benning) at the process of working with the legendary Jabba the Hutt practical effects puppet.

9.  Harry Potter and the Sorcerer’s Stone

The filmmakers could’ve had Harry, Hermione, and Ron fighting Shrek and it still wouldn’t looked as cartoonish as the scene posted above.

Is this the greatest moment in cinematic history?! Originally produced in 3D, Jaws 3 was directed by Joe Alves, the man responsible for creating the famously hard-to-work-with mechanical sharks used in Steven Spielberg’s original Jaws.

The documentary The Shark is Still Working is a fascinating and entertaining look at some of the difficulties that occurred on the set of Jaws. It’s definitely worth a watch.

Now that we’ve wallowed in VFX failure, here are some examples of those times went things went a bit better:

Do you have any favorite film moments that belong in the Visual Effects Hall of Shame? Share your list of Hollywood Special Defects in the comments.