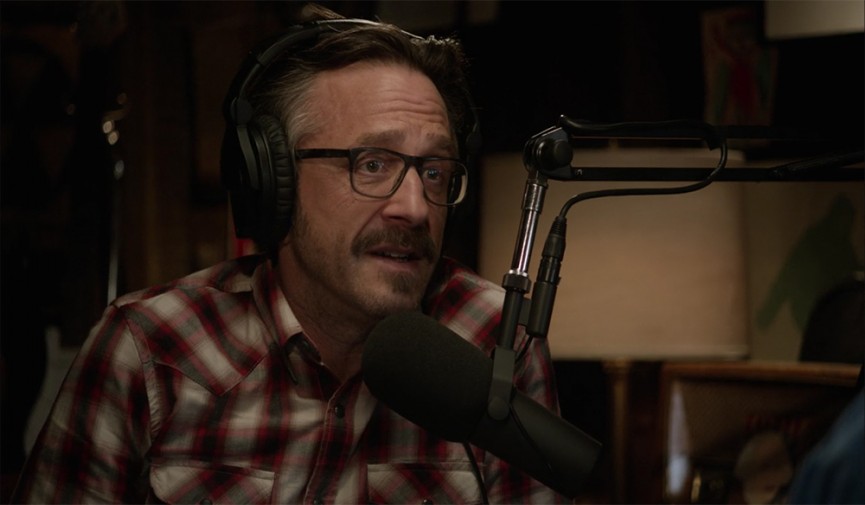 In addition to being a great way to pass the time in traffic, these podcasts are loaded with entertaining real-world insight into the world of filmmaking.

Podcasts are an excellent use of time if you find yourself stuck in traffic, on a road trip, or even writing a paper. The TV & Film podcast category on iTunes features hundreds of choices, which can be quite overwhelming if you’re new to the world of podcasts. Though many are helpful and entertaining, a few stand out as a truly beneficial use of your time. Here are five of our favorites.

Image via The Weinstein Company

Hosts Adam Kempenaar and Josh Larsen dedicate over an hour each week to talking about film, from reviewing the latest indie and blockbuster releases, to discussing hidden gems from respected directors or encouraging their listeners to vote for their favorite cinematographer. There’s a lot to discover and plenty to learn from this genuinely film-loving podcast.

Recommended Episode: # 570 — The Hateful Eight vs. The Revenant.  In this particular episode, the hosts get into a heated discussion on style versus substance. Both hosts make compelling arguments for why each of the films hit or missed their mark.

Although not technically a filmmaking podcast, Marc Maron’s in-depth, conversational interviews provide some of the best insight into what makes your favorite filmmakers tick. Whether he’s interviewing someone like Lynn Shelton or Rob Reiner, the hour-long interviews inevitably end up shedding some light on how they got to where they are and offer a look at their movie-making philosophies.

The Writers Panel from Nerdist is a traditional two-person interview podcast that brings in the industry’s top screenwriters and classic hollywood figures such as James L Brooks. These writers often talk about the process of screenwriting and the motivations behind said process. This podcast is perfect for anyone trying to step up their screenwriting game.

Recommended Episode: #272 — Shane Black. In this episode, writer/director Shane Black discusses his latest film, The Nice Guys, as well as diving into some of his previous work like Lethal Weapon and Kiss Kiss Bang Bang.

A fairly recent inclusion in the world of podcasts, No Film School features up-and-coming filmmakers discussing new ways and tips to get your produced and financed. The featured guests also dive into recent camera gear and tech they’re currently high on.

IndieWire’s chief film Critic Eric Kohn and film critic Anne Thompson discuss a wide a range of topics ranging from the newest independent releases to the latest film festival news. Occasionally these two also dive into industry talk and the state of independent film in today’s world. This podcast is excellent for anyone wanting to know more about indie filmmaking.

Recommended Episode: Our Lessons from Cannes 2016

Know of any other informative podcasts for filmmakers? Let us know in the comments!