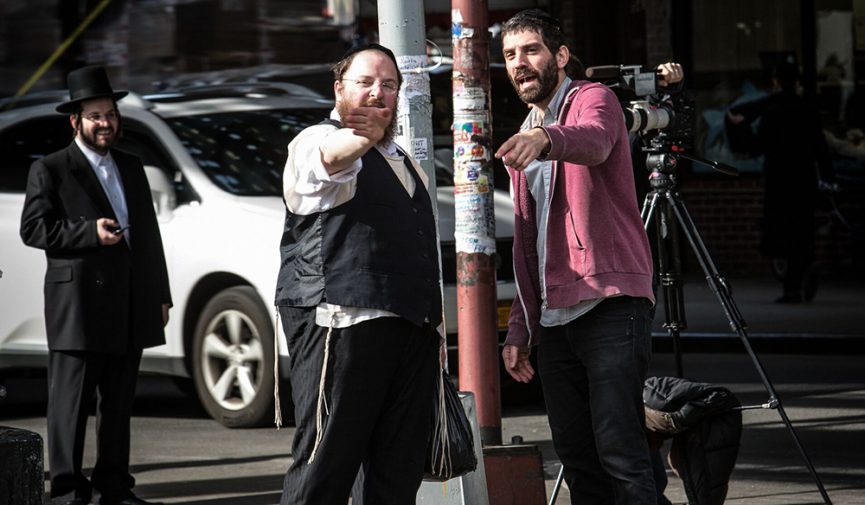 Interview: Behind A24’s Menashe with the Director and DP

How shooting a guerrilla-style feature film with non-actors and limited resources brought us one of the best, most brilliantly crafted films of the year.

One of the most engaging and talked-about films to come out of Sundance this year landed a stellar distribution deal with A24, cementing the film’s success and gathering praise for the film’s creators. Filmed entirely in Yiddish, Menashe is the story of a father forced to give up his son after the death of his wife. Due to the traditional standards of his Hasidic community, a parent cannot raise their child alone. The film is a funny yet emotional trip through the lives of Menashe and his son as they spend their remaining time together.

We spoke with the film’s director, Joshua Weinstein, and the director of photography, Yoni Brook, about the grueling process of shooting a film with limited funds on the Canon C300. 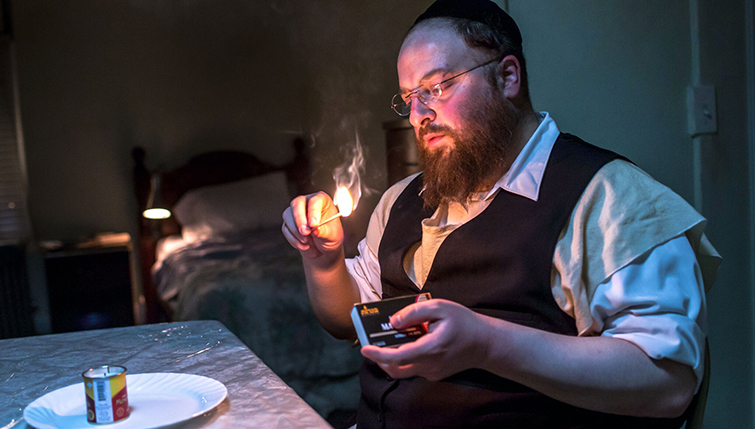 We asked Weinstein why he and DP Yoni Brook wanted to shoot a film like Menashe.

We were not interested in making Hollywood films … studio-type movies. We loved exploring New York City. Around every corner, there’s something new and unexpected.

When you think of New York City, you think of three things. The Empire State Building, yellow taxis, and black-hatted Hasidic Jews.

Weinstein knew that there was a film he could make in the thriving Jewish community.

The journey through production was an arduous labor of love. Whether it was dealing with unreliable cast and crew, or finding the necessary funding mid-production, roadblock after roadblock only inspired the director to keep moving toward the finish line.

The duo chose to shoot the film on the Canon C300. Its low-profile body and versatile performance allowed them to capture authentic Hasidic Jewish lifestyles. Making sure all the actors were comfortable was a top priority for Weinstein, stating that “as guests in their community it was important to make everybody feel safe and relaxed.”

Brook recalls, “The ALEXA Mini wasn’t out yet, and I doubt we could have afforded it. [The Canon C300] was the best option that was mobile at the time.”

Weinstein and Brook “wanted to make sure they way we captured the film would allow all this people who welcomed us into their homes to be the best actors they could. So many of them have never seen a movie, let alone acted in one … the camera had to make them feel comfortable, as we were guests in their community.” 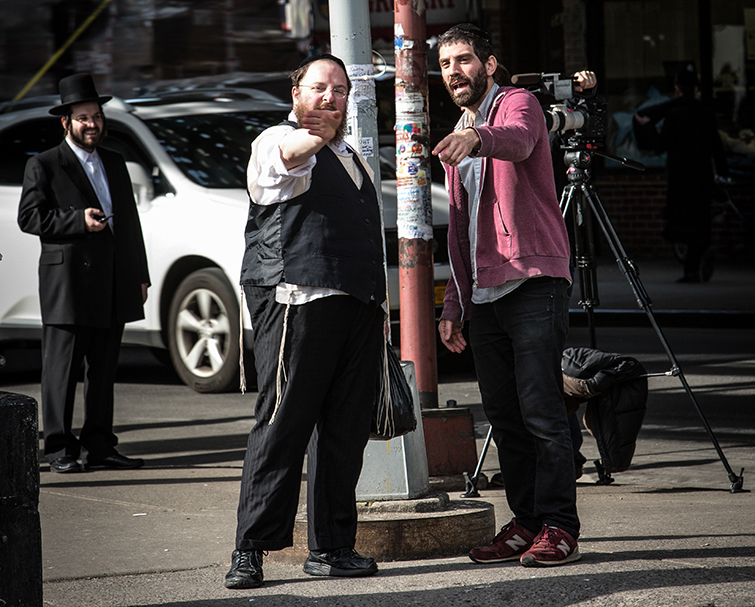 This meant they needed as little gear as possible. They couldn’t assemble a massive camera rig and still capture natural performances. Brook went on to say, “We didn’t want matte boxes, tripods, or infrastructure. We were also shooting in locations we weren’t sure we could film in. The camera had to be mobile.”

Weinstein and Brook went on to discuss their familiarity with Canon cameras from previous shoots. With a run-and-gun shoot like this, knowing your equipment is an absolute must. The filmmakers refused to carry unnecessary equipment and weight around. 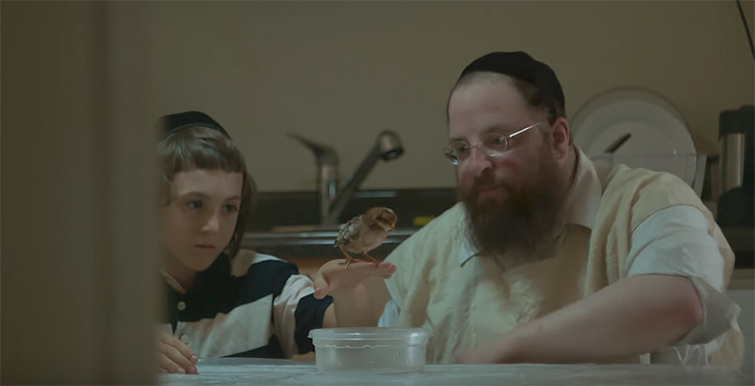 As for lenses, Weinstein said, “We mostly used cheap Russian still lenses that we adapted.” Those allowed him to capture the creamy look he wanted, and they were easy to flare. Weinstein, “wanted the feel of neon and sodium vapor lights.”

As for the rest of the gear, Brook quickly apologized: “Sorry, gearheads, there was no MoVI or Steadicam. No jib arms. We used shoulder mounts, handheld, and a monopod.”

When asked about the decision to shoot this way, Weinstein exclaims, “The performance is the only reason people care … when you’re working with a budget like this, let the actors just do it.” 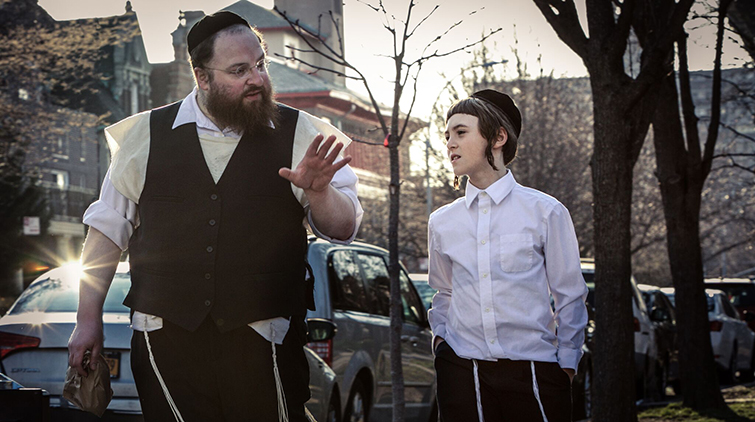 One of the standout features of this indie flick is that it’s entirely in Yiddish. Weinstein says, “Some movies have dinosaurs, some movies have Transformers, we have real Hasidic Jews.” Filming the movie in English was never even an option. Capturing real, authentic performances from real people was the key to the movie’s success.

There were certainly challenges for Weinstein, who wasn’t a native Yiddish speaker. He explained that he “spent an entire month working on the subtitles.” In fact, Weinstein shot the whole film in Yiddish without truly knowing the language.

To ensure his actors’ performances were hitting all the right lines and marks, Weinstein’s sound mixer split the audio to live translator. Also, they always had at least one person on the crew who spoke Yiddish and could serve as a translator while helping Yoni and Joshua communicate with the actors. 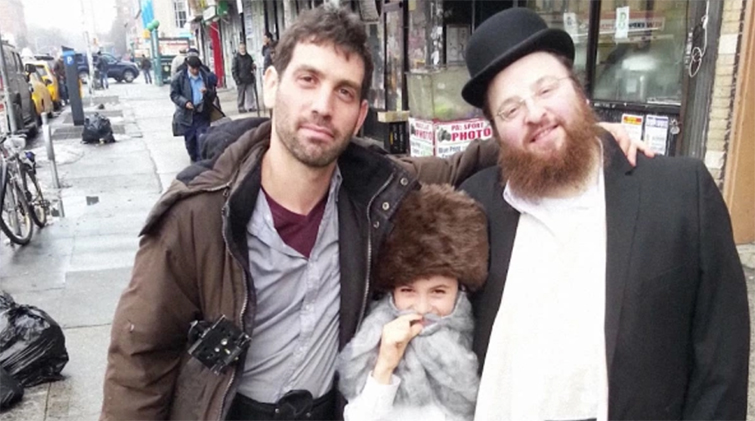 Another major challenge for the film was the general lack of acceptance among the New York community for making the film. Weinstein says members of the community were not keen on the director and his DP documenting their society. Disapproving community members filmed the camera crew and kept tabs on them.

So, even though one rabbi had blessed them, another rabbi a few blocks down did not condone the film. Working and directing under this kind of surveillance created a sense of accountability he’d not previously considered.

Due to the dynamics of their culture, the actors were at risk of being excommunicated from their community for being involved with the film. The fact that Menashe was willing to put himself in this position just goes to show the level of trust the actor placed in Weinstein and Brook. 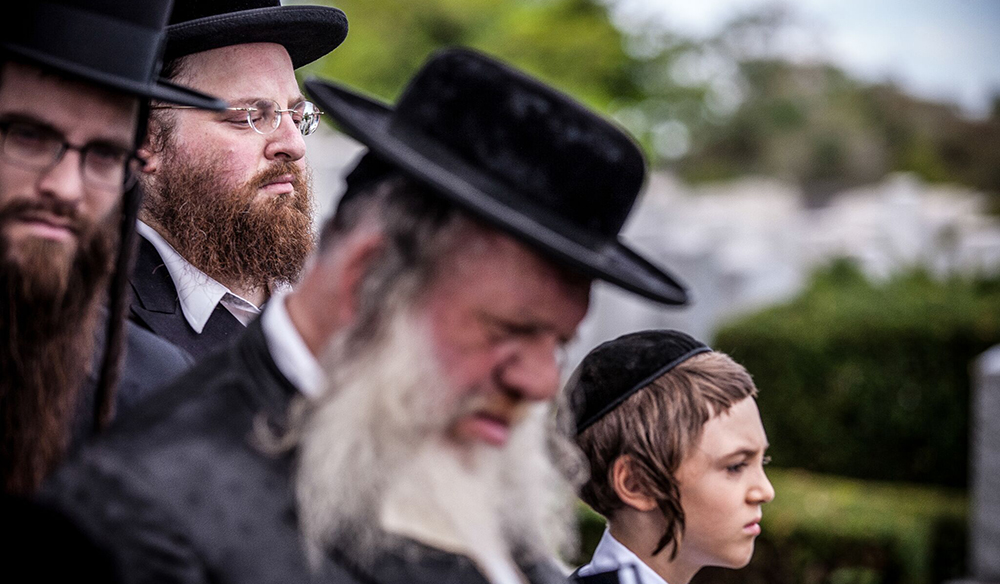 In order to find the right people to play the right roles, Weinstein spent the better part of a decade observing and learning about the community. He wanted to know which members were more approachable, and which to stay away from. The time and dedication Weinstein put forth led the actors to trust him and “take a leap of faith.” The lack of experience among the actors does not matter when it comes to performance. It’s all about building a relationship.

A point Weinstein drives home is how important it is to be patient and understanding. When working with non-actors, it’s absolutely crucial to make them feel comfortable around the camera: “Let it play out, and trust them and your crew. Some scenes during production would take ten or more hours to get right, and that’s okay.”

One of the most astounding features about this film is that the lead actor, Menashe, had never even been to a movie theater. Menashe was never entirely sure why anyone wanted to film him doing mundane everyday things. He could not understand why it was even interesting at all.

His first experience in a theater was in Park City, Utah at Sundance. Weinstein recalls that his reaction was a sensational whirlwind of emotions ranging from confusion to wonderment to joy. After the screening, having heard people react with tears, laughter, and joy brought an indescribable feeling to Menashe: “Everyone has a story they want to share and be validated in their existence.” said Weinstein.

This speaks to how much care and attention the filmmakers paid to accurately and compassionately crafting a story that documents this lifestyle. At Sundance, the film was picked up by film distributor A24 and slated for a summer release. The future looks bright for these filmmakers, and I can’t wait to see what they come up with next.

Menashe will be released on July 28th.

What are your thoughts about creating indie films with minimal setups? Let us know in the comments.