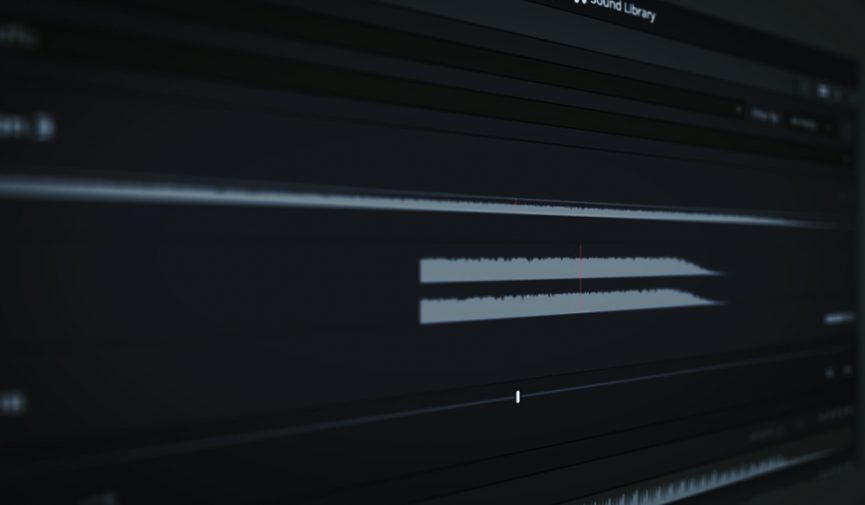 The new Sound Library browser in DaVinci Resolve 15 makes it much easier to find that perfect audio clip. Here’s what you need to know.

One of the many new features in DaVinci Resolve 15 is the new Sound Library browser. This gives you a searchable database of all your connected sound libraries, accessible from the Edit and Fairlight pages.

This makes finding and adding the perfect sound effect much easier than scrolling through folders, highlighting specific files, or trying to remember which “Whoosh” file is the best one.

In this article, I’ll walk you through everything you need to know to get started with the Sound Library.

(When putting this post together, I encountered a problem with PostgreSQL (which we’ll get into). If you see “No Library Connected” when you open the Sound Library browser in DaVinci Resolve 15, you can skip the first section below.)

To build my sound effects library, I’ll be working with the 120 free sound effects that you can download from PremiumBeat.com right here.

Setting up a PostgreSQL Database in DaVinci Resolve 15

If you’re a single user on a standalone system, chances are you’ll be using a Disk database (the default) to save your projects, settings, and grades in DaVinci Resolve. In order to get the Sound Library to work, you’ll need to add a PostgreSQL database to store the sound effects. (You can run both databases on your system.)

(If you don’t know the differences between disk databases and PostgreSQL databases, watch this video tutorial by Alex of LearningColorGrading.com.)

If, like me, you’ve never used a PostgreSQL database in Resolve, you may not even have PostgreSQL installed on your system — or you might have an old version of it.

You can check your version of PostgreSQL on a Mac by going to Mac HD > Library > PostgreSQL. I have 8.4, which is incompatible with Resolve 15, and likely from an old version of Resolve Studio.

Unfortunately the readme that ships with DaVinci Resolve says that you’re supposed to update your version of PostgreSQL before you update your OS (which I also recently did):

We have provided apps to simplify upgrading your PostgreSQL version on your Mac. The apps along with instructions can be found in the /Library/Application Support/Blackmagic Design/DaVinci Resolve/Upgrade PostgreSQL folder.

Starting from DaVinci Resolve 12.5.3, new installations will include PostgreSQL version 9.5.4.

So, after backing up your existing PostgreSQL database (and assuming no other apps on your system are relying on PostgreSQL), you need to completely uninstall and then reinstall it at version 9.5, which is compatible with DaVinci Resolve 15.

After much searching, I found these uninstall instructions from Dwaine Maggart on the Blackmagic Design forum. 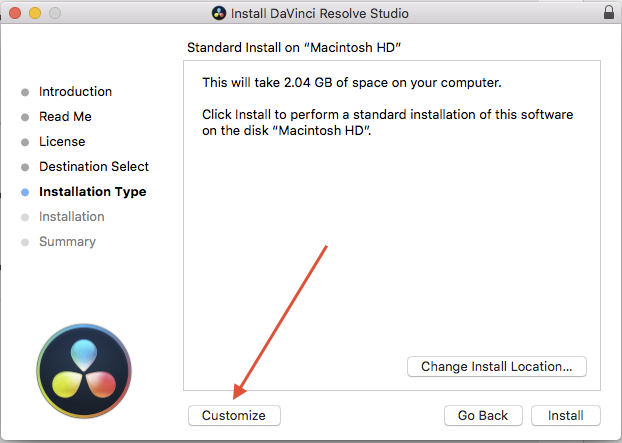 Now, when you open DaVinci Resolve 15, you can create a PostgreSQL database (you would have previously gotten an error message with “no/incompatible version installed.”) 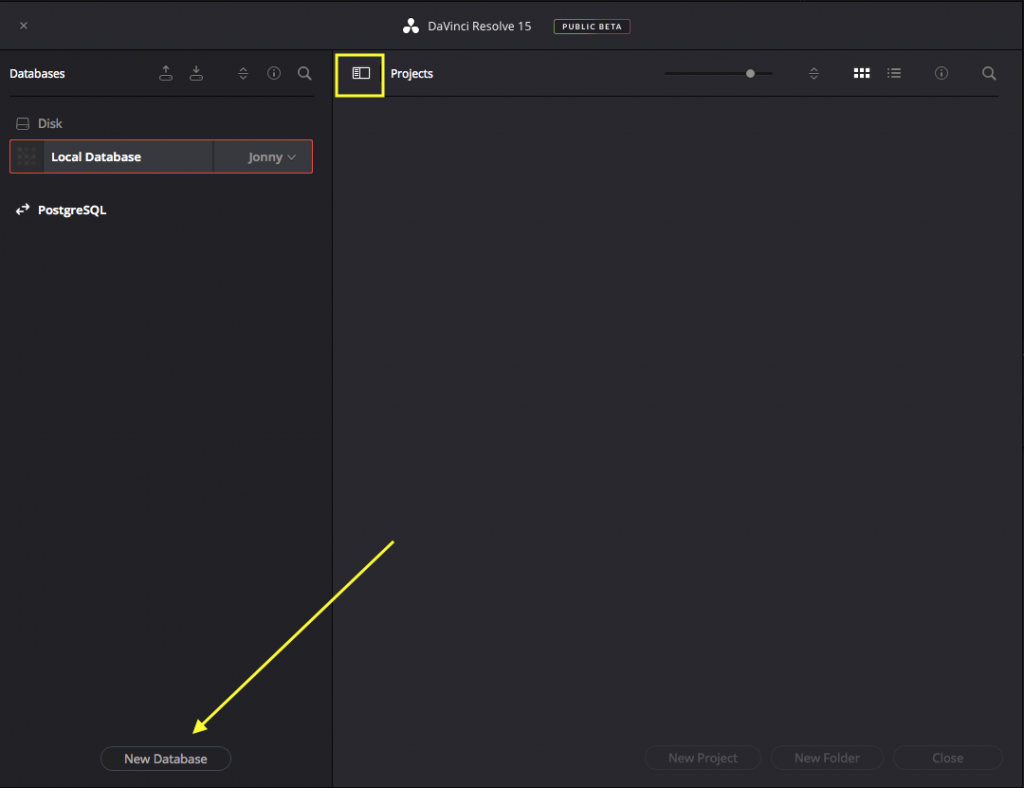 When you first launch DaVinci Resolve 15 (or if Resolve is already open), click on the little House icon in the bottom right-hand corner, open the “Databases” sidebar by clicking on the icon in the yellow box (pictured above). Then click on “New Database.”

In the dialogue box, select the “Create” tab. Choose PostgreSQL, and then give the new database a name, like “soundfx.”

It’s best to leave all the others at their defaults — especially the location (which defaults to the local host, which is your computer) unless you want to store it on a shared server others can access (which is largely the point of PostgreSQL databases!).

Now, when you open Resolve and go to the Sound Library, you should see “No Library Connected” rather than “No PostgreSQL database connected.” 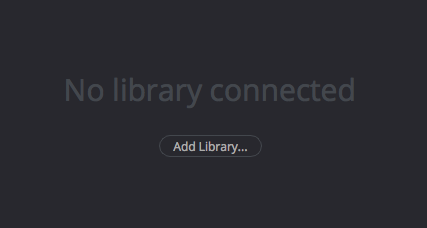 After all that, we’re finally ready to begin.

The Sound Library works by scanning a folder (and its sub folders) for sound files and then building a searchable catalogue of those files, stored in the PostgresSQL database of your choice.

As each PostgreSQL database can store its own catalogue of scanned files, it seems to make sense to make one library in one PostgresSQL database that stores them all for easy searching. However, if you have thousands of files, it’s possible that the database might get unwieldy.

To actually add your sound files to a Library, just click on “Add Library,” and select the folder you want to scan. You’ll then see the dialogue box (pictured above) detailing how many sound effects have been added to the Library. 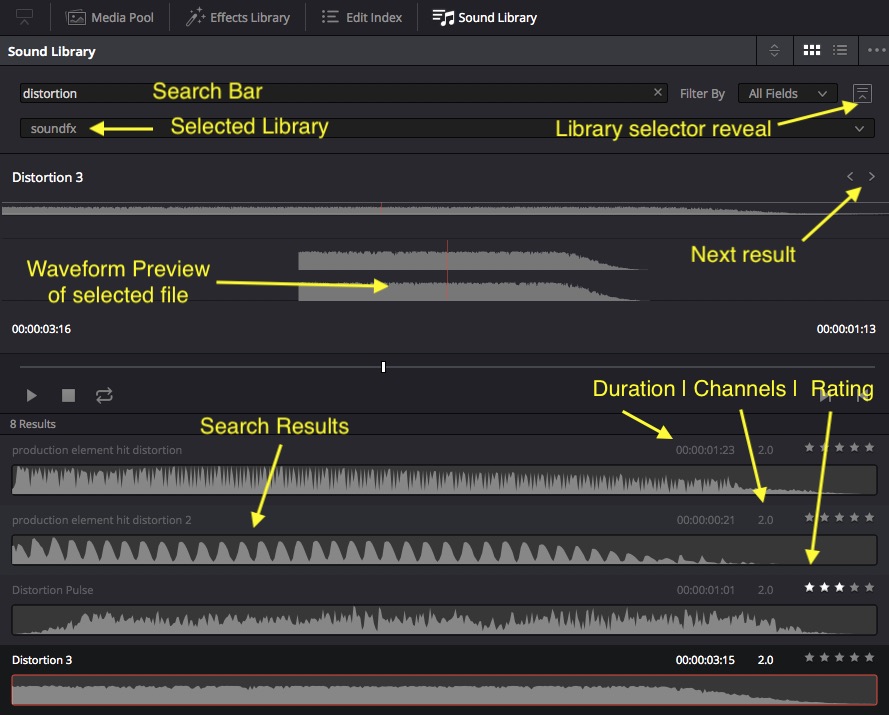 Once you’ve added some files to your library, the only way to find them is to search for the keywords in either the filename or its metadata description. Hopefully, more searchable metadata fields will be available in the future, such as artist, album, duration, etc.

As a test, I opened one of the sound effects in VLC media player to see if I could edit the metadata so DaVinci Resolve would recognize the text “Scary Action Riser” in the Description tab. But it didn’t work for me. Hopefully, these improvements might come in later editions of the beta.

To add more files to your catalogue or library, click on the three little dots to the right of the Sound Library and press “Add Library…” and then select the target folder.

To refresh the library, just reselect the same folder you’ve previously added, and any new items it finds will be added to the library as well.

Adding Sound Effects to the Timeline

In both the Edit and Fairlight pages you can add any of the sound effects by dragging and dropping them into the timeline. It’s that easy.

You can add In and Out points (shortcuts I and O) to set the range of the clip you want to edit in to your project. Within the Fairlight page, you also have a few more controls (pictured above), including setting a sync point marker, which allows you to set the frame within the clip that will match to the playhead in the timeline when you audition it.

To audition a clip, select the track in the timeline that you want to paste the clip into, set the sync point marker (at the top of the riser) and press “Audition.” Resolve will temporarily paste the clip into the timeline with the sync frame at the position of the playhead. If you press “Cancel,” it will remove the clip — or leave it in place if you select “Confirm.”

I also experimented with taking files in the library offline. (I simply moved a file out of the folder it had been scanned into.) The result was that the entry in the database still existed, but no waveform appeared in the preview thumbnail. As soon as I added the file back into the folder, the waveform reappeared. Next, I’m hoping we see flags for offline files that need to be replaced.

Looking for more tips and tricks? Check out these articles.