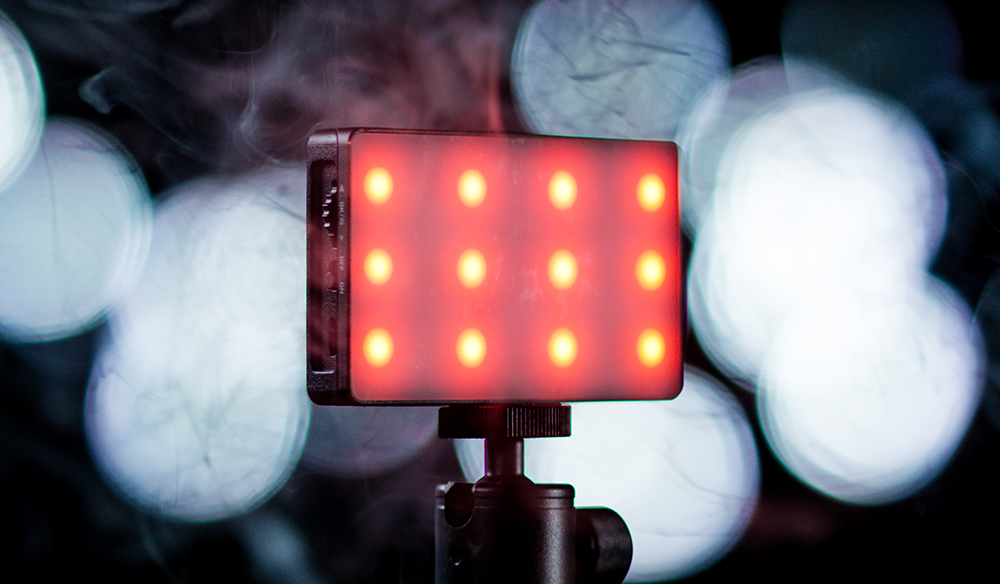 Aputure introduces its first RGBWW and smallest light to date with the MC. See what this tiny-but-powerful light can offer.

Long a familiar name on film sets big and small, Aputure consistently provides quality lighting options for filmmakers at every scale of production. However, this new Aputure MC looks to be in a class all to itself as it’s the brand’s smallest — and possibly its most versatile — film light ever.

Let’s take a look at the Aputure MC to see how it might be a helpful tool for lighting your films and video projects.

The Size of a Credit Card 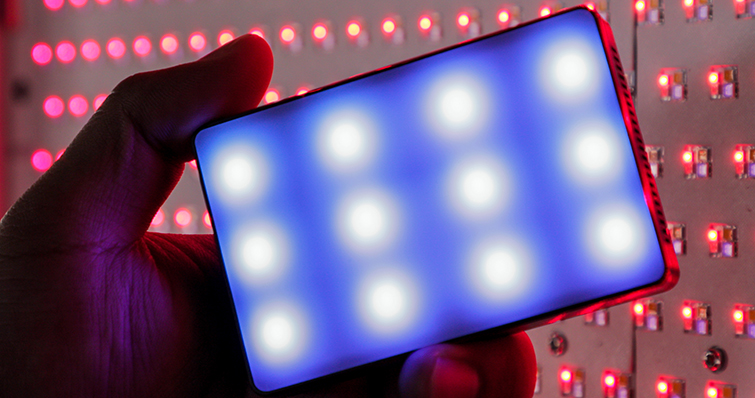 The MC fits in your wallet.

Although the MC itself is quite powerful and very flexible, you’ll probably notice right away just how tiny this thing is. Aputure says that it’s roughly the size of a credit card and easily fits in your hand. The MC weighs 130g, has a thickness of 17mm (11/16 inch) and includes a 1-4”-20 screw mount. However, you can also use built-in magnets for mounting on any variety of surfaces or stands.

As a light you can keep at the ready in your pocket (or wallet), the MC should prove pretty useful in many last-minute situations where you need  that extra fill. You can also use it as a on-camera light for the right mirrorless or DSLR setup. 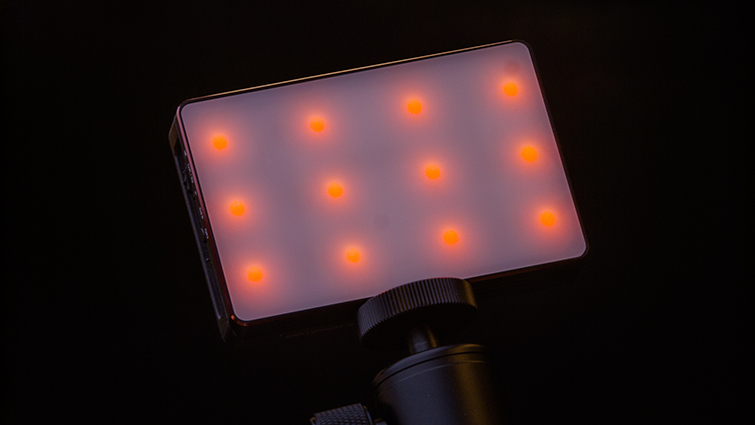 The MC offers a number of adaptable capabilities.

Also notable for being the first Aputure light to feature full intensity, saturation, and hue color controls, the MC should effectively adapt to any film lighting situation with a CCT range of 3200K-6500K. It also includes 100 levels of saturation adjustment and 360-degree of hue.

This is thanks to the MC’s additional LEDs, which offer more than most regular RGB lights. The two additional LEDs balanced for tungsten and daylight each help the MC match any other sources or lights. 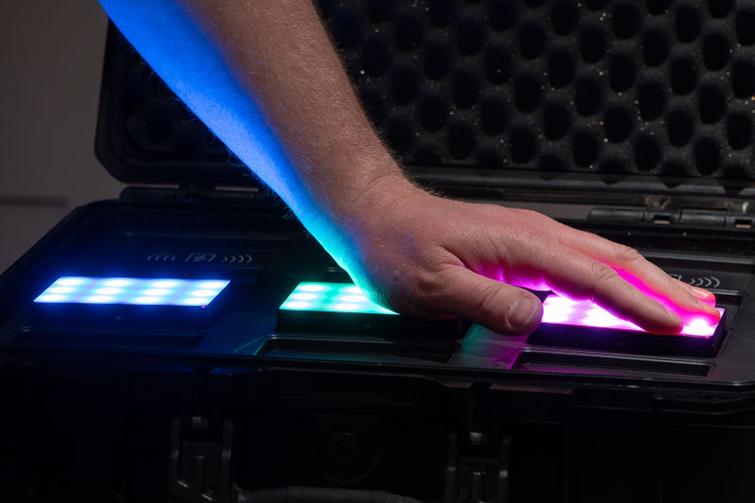 You can charge the MC anywhere.

The battery itself is equipped for USB Type-C charging and, with 18W USB-C PC charging, can achieve full capacity in around 90 minutes.

You can also invest in a MC 4-Light Travel Kit or MC 12-Light Production Kit. Each kit includes a custom hardshell wireless charging case for both charging and storing as you travel and move between locations.

The size of the MC offers plenty of flexibility and control.

As with most LED and modern smart light options, the MC will include its own mobile app control with its Sidus Mesh technology. You can link up to 100 MC lights and your device for up to a 400-meter range (as long as each light is separated by just under 80 meters). The app should work on any iOS or Android device and can control all manner of functions, including HSI, CCT, and FX.

However the coolest feature might be the app’s “Color Picker” technology, which — well — does just that. You can use the Color Picker function by framing up any color you desire with your device’s camera, then get the MC to reproduce that color instantly. Pretty neat, huh?

Overall, while the Aputure MC might not be the best standalone lighting option for a shoot, this tiny film light could be a great addition to any set or project on account of its flexibility and ease-of-use.

For more film gear and video tech resources, check out these articles: