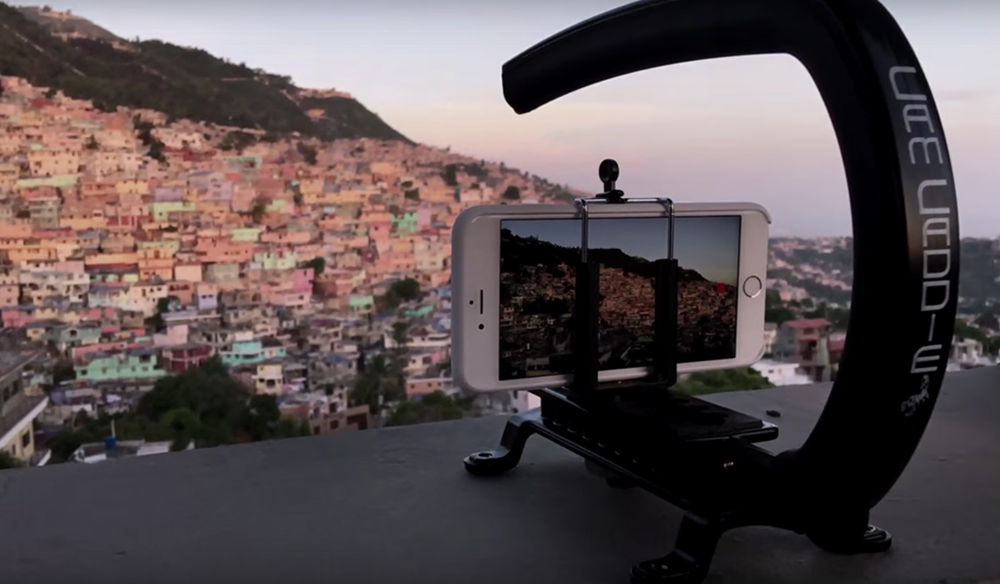 How the iPhone is Changing Modern Videography

It’s been nearly 10 years since the iPhone first hit shelves. The drastic improvements to the device’s camera are nothing short of remarkable.

As camera manufacturers struggle to bring higher video resolution and dynamic range to their gear, Apple has seemingly been pushing micro-camera technology to extraordinary lengths. And they aren’t alone… Samsung and other manufacturers have been bringing 4K to cell phones for years.

Now that you have these insane resolutions in your pocket, it’s easy to see how you can use an iPhone on set. We’ve covered turning old iPhones into wireless microphones, and even commercials shot on the iPhone. The camera has practical uses as a crash cam or additional camera on set, but what about productions using only the iPhone?

The film Tangerine made headlines at Sundance, as the film was shot using three iPhone 5s cameras. The independent feature even reached a limited release in theaters. The entire film was produced with the iPhones, Final Cut Pro, and DaVinci Resolve.

Of course, Tangerine is far from the only film to use iPhones. There’s an entire film festival solely dedicated to featuring movies shot on the iPhone.

Countless music videos have been shot on iPhones. This beautiful music video for Dark Waves by Robot Koch and Delhia de France was shot on the iPhone 6s Plus.

Last year, a Swiss TV station switched the whole staff to shooting on iPhones with selfie sticks. In September, RYOT news released this piece on a citizen living in the slums of Haiti. It was also shot on the iPhone 6s Plus.

If you think you need a stabilizer or drone to pull of great footage with an iPhone, then just take a look at this video from Nicolas Vuignier. Using an iPhone 6 attached to a string rig he built himself, Vuignier took to the ski slope to create this Centriphone video.

Apple knows how great the iPhone 6 camera is, which is why they’ve featured many of the best videos shot by regular users. As with the Dark Waves music video, using an underwater case can give you stunning images.

The iPhone even captures quality video at high speeds.

You can even simply setup an iPhone to capture a quick timelapse.

One of the best parts of always having the camera on you is the ability to pull the iPhone out of your pocket when you see something amazing happening around you.

But perhaps the most spectacular feature is the iPhone’s slow-motion capability — which has captured so much great material.

Have you put any thought into shooting a film on an iPhone? Have any experience using one on set? Let us know in the comments below.