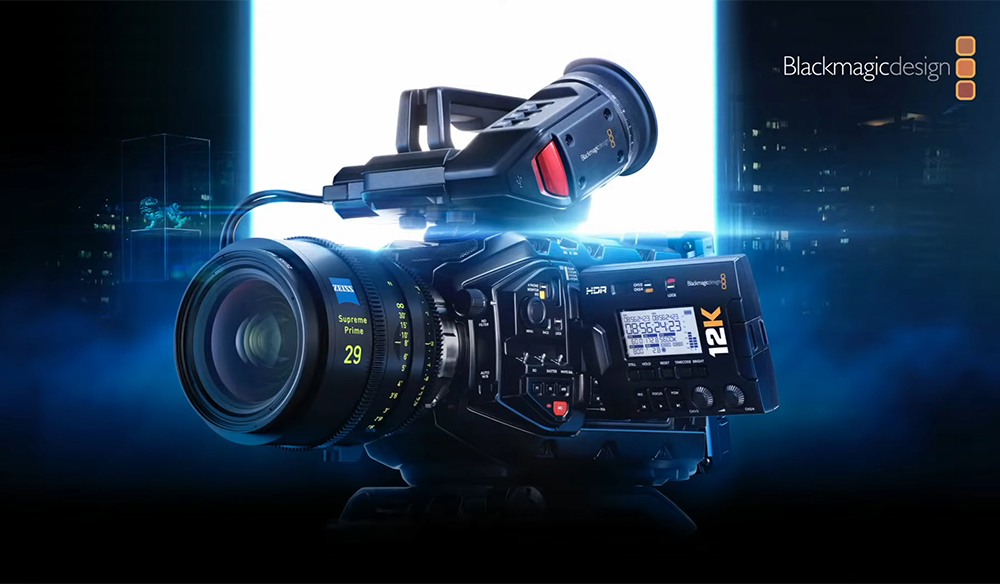 Ready to step up from 4K? Check out this roundup of the best 6K (and beyond) cameras for filmmakers.

While it’s been awhile since I’ve been able to walk into a real brick-and-mortar camera store, I’d be willing to bet that — right now, somewhere out there — anxious store managers are taking down all their “Full HD” and “4K” signs and replacing them with “6K”, “8K,” and maybe even “12K+.”

The Recording Resolution Arms Race shows no signs of letting up. As we’ve gone over before, 8K is here to stay. And in fact, while it might be pushing some of your filmmaking and video workflows today, it’s undoubtedly the way of tomorrow. So, if you are ready to embrace the future of the industry, here are some of the current best options for shooting 6K video or higher.

We’ll start with one of the older (and also most affordable) options on our list — the Blackmagic Pocket Cinema Camera 6K. Released just a year after the brand’s popular 4K version, this upgrade upped the ante by adding an EF mount and 6K video recording. Impressive for a camera that retails at under $2,000 and, while not actually pocket sized, is still very small and lightweight.

Next on our list is another option that’s been on the market long enough to garner some solid reviews. The Panasonic Lumix S1H features a full-frame 24.2 megapixel CMOS sensor that’s excellent for video.

The Canon EOS R5 is making headlines as one of the biggest-name offerings to feature 8K video and making fans thanks to its compact body and aggressive price.

Of course, I wouldn’t quite call the R5 a cheap camera — in fact, it was announced alongside a more affordable, slimmed-down version — the Canon R6 — which is just a solid but doesn’t do 8K. Still, the R5 is an attractive option for those chasing 6K+, thanks to a stunning 45 megapixel full-frame sensor that records 8K RAW at up to 30fps.

It’s worth noting that there have been some issues associated with the R5, namely reports of overheating and workflow points. If you’d like to read more, take a look at our full write-up on the pros and cons of the Canon R5.

When included in a list featuring Canon, Panasonic, and Blackmagic, some of the biggest camera manufacturers in the game, the Z CAM E2-S6 stands out as a lesser-known wild card.

Nonetheless, the E2-S6 offers some killer specs, including a Super 35 CMOS sensor featuring 10-bit 4:2:2 color recording and an impressive 14 stops of dynamic range. Plus, we’re looking at 6K video at up to 60 fps for under $2,500.

Finally, to round out our list, we’re going big. Like, not just in camera size and price point, but in pixel count. I’m talking about the recently announced Blackmagic URSA Mini Pro 12K which shoots — you guessed it — 12K video at up to 60 fps!

While there are indeed other high-end cinema cameras that can push similar numbers, we’re including the URSA Mini Pro 12K since it’s a more reasonably priced option — for both rental and purchase — than something like the ARRI Alexa 65.

Along with the 12K at 60 fps, the URSA Mini Pro 12K lets you work even more efficiently with DCI 8K at up to 100 fps. Just keep one thing in mind if you’ve never worked with high-end cameras — you’ll be facing some fairly insane file sizes and processing speeds, so be prepared.

That’s our list! If you’d like a few honorable mentions to consider, check out the Sharp 8K and the Panasonic AU-EVA1. And if you want to explore a few more camera roundups and filmmaking resources, well, here you go: