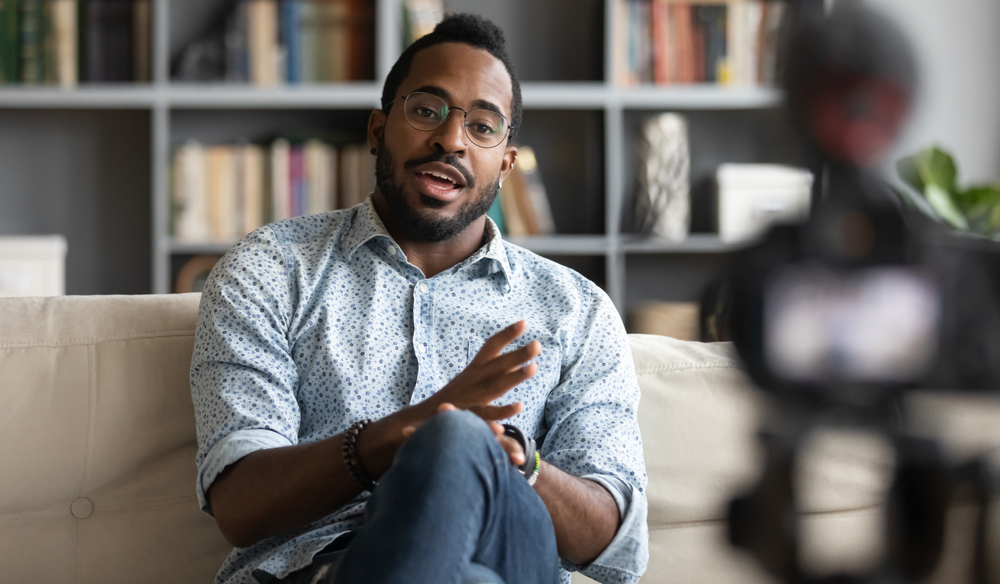 Five of the Best and Most Affordable Cameras for Vlogging

Let’s check out five of the best, most affordable cameras currently on the market and dive into the fun, lucrative world of vlogging.

Whether you’re an amateur content creator or a seasoned film/video professional, if you’re interested in diving into the lucrative world of vlogging, then you’re going to need a good camera.

The best vlogging camera will include features that make your life easier and your content more appealing. For instance, flip-screen functionality for self-monitoring and smart auto-focus (AF) options that let you record without the help of an additional operator. Additionally, in today’s age, you’re probably going to want 4K video recording, or at least a very strong Full HD that’ll give you the best image-quality for uploading online.

Let’s dive into five of the best vlogging camera options currently on the market, ranging from inexpensive and simple action cams to some of the more sophisticated, yet moderately priced, digital mirrorless cameras.

Before we get into the more “traditional” digital cameras that you might expect to see on a list like this, I have to give a shout out to one of the more inventive digital gimbal camcorders out there on the market. While it might look more like a tire gauge with a camera or even a glorified selfie stick, if you’re looking for something basic and easy to use, then consider the DJI Osmo Pocket.

This versatile, lightweight option is perfect for anyone working truly on the run or creating things like travel vlogs. Like most small cameras and action cams these days, it offers 4K video and tons of stabilization, thanks to its built-in three-axis gimbal.

From a vlogging perspective, it checks all the boxes — as long as you’re cool with using a smartphone as your controller and monitor and employing another method for audio recording (which is usually the case with most cameras.)

Dropping in price due to new Canon cameras like the R5 and R6, as well as a highly competitive market, the Canon EOS M50 is perfect for aspiring vloggers who want Canon’s signature color style and look without breaking the bank.

The M50 is compact and sturdy. It offers a powerful 24.1 MP CMOS sensor and smart Dual Pixel autofocus system. The LCD vari-angle touchscreen can flip out to serve as a monitor.

The M50 can shoot 4K, but there’s a caveat — 4K will include a 1.6x crop, so be sure to consider this when making a decision. However, the 1080p HD is quite solid, and depending on your lens setup (the stock option is a 15-45mm IS STM Kit lens), you should have plenty of quality coverage from this respectable Canon starter camera.

Sony’s entry-level a6400 is actually one of the best designed — and affordable — options for the online vlogging community. Sony is well known in the professional video community for their higher-end options, like the a7 III and the a7S II, as well as their cinema cameras options. However, they’ve made great strides for accessible starter cameras that are actually perfect for strictly online digital content — like vlogs.

The a6400 excels in its autofocus technology with its superior “Eye-AF” system that tracks a subject’s eyes. You also get a 24.2 megapixel sensor with 4K recording at up to 30fps, superb image quality, a flippable screen, and your standard set of input/output options. It’s solid for on-the-go vlogging as well, but without strong IBIS, it helps to include plenty of stabilization or to focus on static shots.

Don’t sleep on Olympus. The brand’s strides in video recording capabilities and autofocus technology make the E-M5 Mark III one of the strongest vlogging options in the mid-price range.

As a micro four thirds camera, the E-M5 Mark III will give you plenty of recording power with DCI 4K video up to 24fps and UHD 4K up to 30fps, along with Full HD up to 120fps. You’ll also get a vlogger-friendly flippable LCD monitor, helpful 5-axis IBIS, and extremely precise autofocus with its 121-point all cross-type phase-detection AF system.

Finally, while there are plenty of great DSLR and mirrorless cameras in this mid-$1,000 price range, we’re going to highly recommend the Panasonic GH5 for all of your vlogging needs.

The GH5 offers 4K at up to 60fps, has solid support with IBIS,  and has a fantastic advanced DFD autofocus system that can lock on in an instant (.05 seconds).