It’s easy to get caught up in lights, lenses, and . . . oh, I don’t know . . . waiting for the Sony A7sIII, but good audio should always be a priority on every shoot. With the right equipment — don’t forget a microphone — it can be the least of your worries.

(Note: this post was originally published in April, 2016. It has been updated to reflect market changes.) 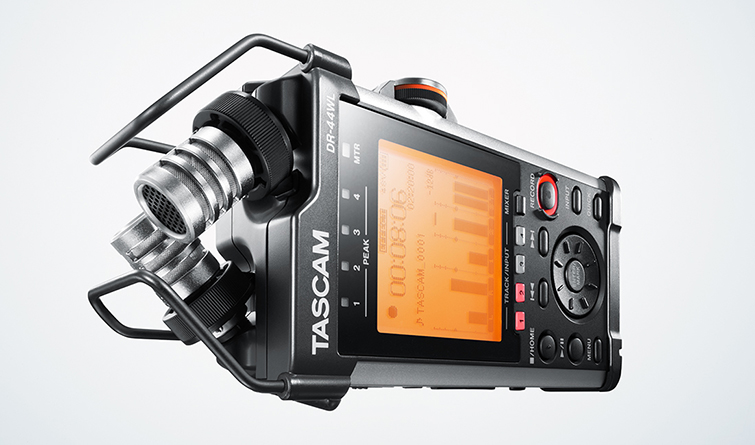 The TASCAM DR-44WL is a nifty little portable recorder perfect for beginners and pros alike. It’s got an incredibly user-friendly interface — and that orange-and-black LED color palette we’ve all come to love on TASCAM recorders. It comes with an onboard mic that can record quality audio, and two XLR slots for plugging in external instruments and microphones. It’s designed for louder venues like concerts and rehearsals, so don’t worry about distortion if you’re planning on pushing it to its limits. My favorite feature on this recorder is the Dual Recording mode, which records a “safety take” at a lower volume level just in case things get a little too hot in your main recording.

One special component of the DR-44WL is that it can connect to a smartphone or PC for wireless streaming and recording through a WiFi signal. If you post up your recorder right next to the band you might be recording, you can wirelessly change the settings on the fly from the crowd, which I think is pretty neat. 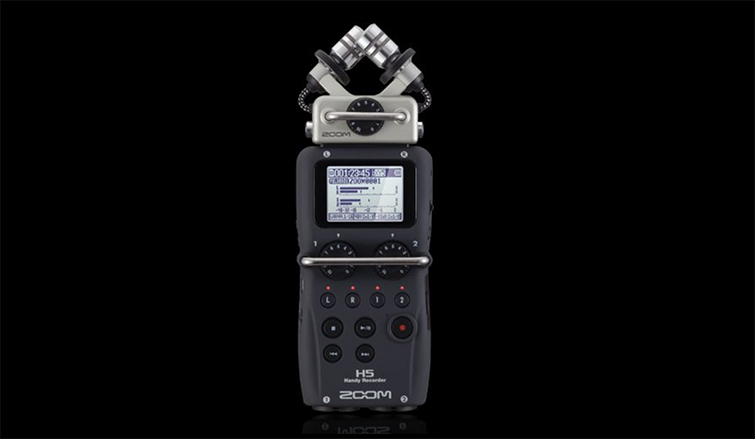 The Zoom H5 is more versatile with dual XLR and 1/4″ input jacks. While a bit on the bulky side, it’s a rough-and-tumble device that fits well on a camera rig or a belt loop. The onboard microphones capture great room sound in a pinch, but watch out: it will pick up even the slightest wind noise. The best feature, in my opinion, is the detachable microphone, allowing you to add a bigger and better mic. This is a perfect feature for anybody recording in varied situations, like interviews, dialogue, or effects.

(Side Note: The older model, the H4N PRO is still a perfectly viable audio recorder that you can get for around $100 less.)

I’ll be the first to admit that I have a soft spot for this little guy. He’s saved my butt more than once as a back-up option — and served admirably as my main audio recorder on some bigger shoots than I’ll openly admit. The Zoom H1n comes in at a paltry $119.99, so I’d even recommend getting more than one.

While obviously not as tricked-out as its H5 brother, the Zoom H1n makes up for its simplicity with its reliability and usefulness. Its greatest feature is its auto-level option (which the H4N lacks) — a necessity for those one-man-band shoots. It also fills in well when you need to record the room, or as a backup placed near a speaker in case your line-feed falters.

Looking for more information on production gear? Check out these articles.