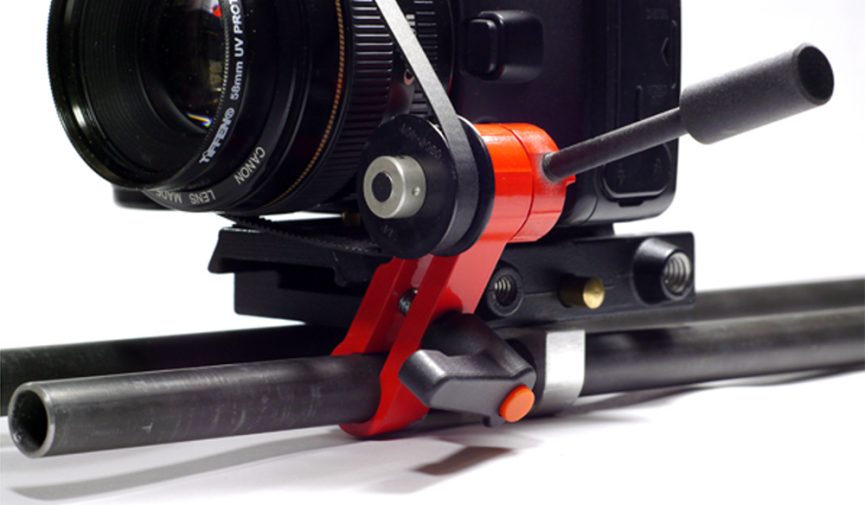 When looking to keep focus in difficult shots, it’s important to have the right tools for the job. Here are some of the best follow focus options to consider (that won’t break the bank).

Focus, like many elements of cinematic composition, can be an important element in telling a story. When done well, it can subtly or overtly direct the viewer’s attention to specific information within a shot. However, when done poorly, it can also obscure information and distract a viewer with confusing composition.

If you’ve ever been on a shoot where the subject (or your camera) wouldn’t stay still, then you’re well aware of how difficult it can be to keep a set focus. On many big-budget productions, this task usually falls to a focus puller who operates in tandem with the camera operator. However, if you’re shooting solo, you may be left to your own devices and hair-trigger skills.

Assuming you’re new to the concept, there are some great resources online — specifically an in-depth post by Wolfcrow — which breaks down the the technology and art of focus pulling. At the very least, here’s a mock-up of the gear you’ll be working with. 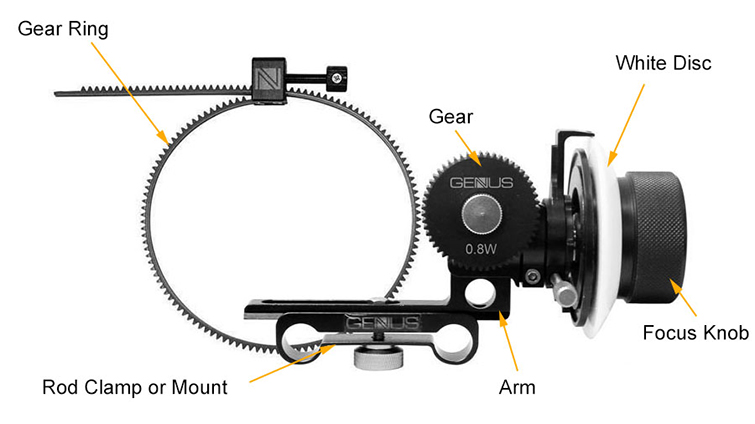 At their core, the majority of follow focus rigs will work in the same capacity and look similar. What will differ is the quality, usability, and — sometimes most importantly — the price. If you’re ready to start developing your follow focus skills (without spending too much), here are some of the best of the most affordable follow focus options on the market.

Launched as a Kickstarter three years ago, Hondo Garage’s affordable follow focus is in its third generation of production and a solid option for the price point. The simple setup offers user-adjustable friction and comes with optional lens gears for an extra $14.

The FocusOne is an innovative follow focus with a few unique characteristics that make it a solid option even in the face of some higher-end competition. The biggest feature is the placement of the marker disc back toward the camera operator, making it easier to see the marks and pull the focus from your normal filming position. 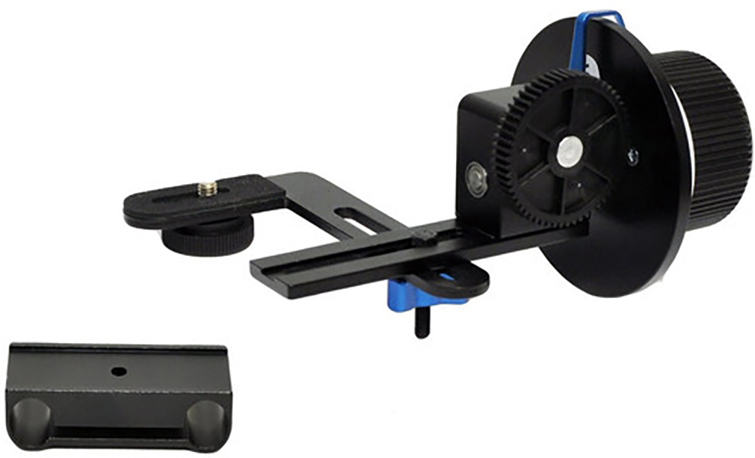 For those DSLR-focused filmmakers, the FF220 is a great beginner’s option, as it allows direct attachment to your camera, rather than to a mount, rails, or tripod. With the addition of lens gears, it’s more than adequate for solo shoots before you advance to a bigger, better rig later down the line.

The DP500 IIS is made for Canon cameras, specifically the 5D and 7D Marks II and III and the Nikon D90. The follow focus is pretty standard, but features hard A/B stops for quickly pulling between two set hard stops. In addition to the initial price, you’ll need to make sure you get lens gears and have 15mm rails to mount it on. 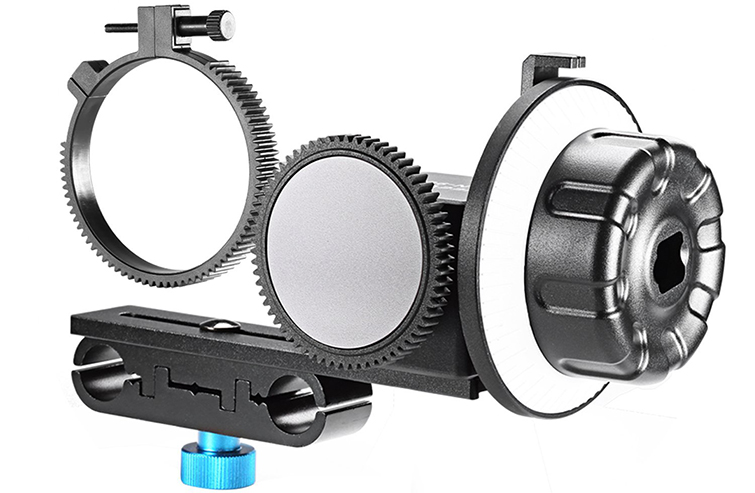 At one of the lowest price points out there, the CN-90F is actually one of the most versatile follow focuses — but likely the least reliable. If you’re just learning how to pull focus and experimenting with different cameras, lenses, and setups, this would be a great starter kit. It even includes its own lens gears to accommodate most starter-pack zooms.

If you’re looking for some more focus-specific quick tips and advice, try some of these other resources before making your decision.

What’s your go-to follow focus option? Let us know in the comments.