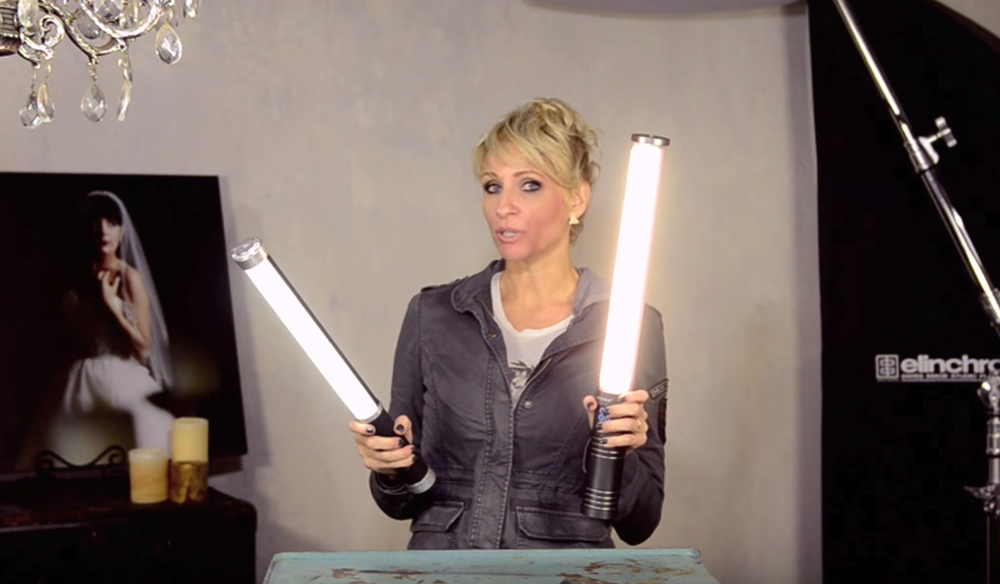 Light wands are an excellent, easy-to-use light source on set. Here are some cheap alternatives to the expensive brands.

We’ve covered some DIY lighting alternatives in the past, and with this post we’re going to take a look at light wands, which are a great multi-purpose light for those constantly traveling.

You’d be hard-pressed to find a tool as versatile as a light wand. You can use them on a stand or go handheld. They are fantastic for lighting hard to reach places. You can easily throw one behind a chair for backlighting, lay them on the floor for some cool up-lights, or light an actor from countless angles.

High-end light wands pack a lot of punch in a small tube, but a new Ice Light will cost you $500. Let’s look at a few light wands that will help you light a scene without hurting your budget.

Yongnuo claims that this upcoming light wand will be the industry’s first LED video light to use RGB SMD lamps and LED lamp beads. The 40 RGB lamps with obviously offer red, green, and blue hues. The LED beads will allow you to adjust the light’s temperature from 3200K to 5500K.

The wand can be controlled via an app, which will offer color presets and manual controls. You will also be able to dim the light accurately. The wand’s handle will include a tripod mount, allowing you to quickly throw the light on a stand.

Yongnuo told PetaPixel that the “YN360 light wand is set to launch in or around March 2016, and the price tag will be around $62.”

Over on Shane’s Inner Circle, cinematographer Dean Pearson shared these steps to building a DIY LED batten light/lightsaber. He purchased a Tingkam RGB LED strip light kit for $18. He then wrapped the strip light around a PVC pipe and connected the controller box. The light wand can be plugged into a socket or powered by battery.

Here are his directions:

This was really simple to make. All you need are the LED lights, a drill, and 40mm diameter PVC pipe.

The Neewer Bestlight 516 features an LED array that offers true daylight color and is rated for over 50,000 hours of use. The color temperature is adjustable from 3200K to 5500K. The light wand is virtually heat free and includes a built-in dimmer. It can be plugged in or used with a battery, and the handle features a tripod mount.

Here’s a quick comparison from Jamie Solorio of the Neewer Bestlight vs. the Ice Light.

The Vivitar VL-8500 has many features similar to the previous light wands, including the built-in tripod mount. However, the infrared remote control can be used as an infrared wireless shutter release for Canon, Nikon, Sony, and Pentax cameras.

The light wand is available from major retailers like Amazon and Walmart.

The Opteka SolarFlare is a soft light designed for travel. It is designed to run for three hours at full capacity. Like the other light wands, the LED array and diffused front face offer an extremely soft and even light. Lamps are true daylight color and rated for over 50,000 hours of use.

Got any tips for lighting on a budget? Share them in the comments below!