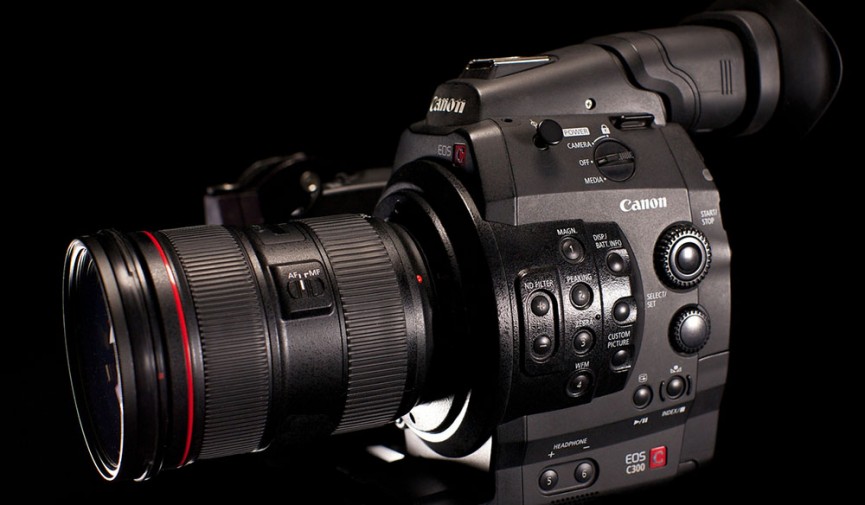 In the market for new gear? Canon’s line of cinema cameras, including the C300, is more affordable than ever.

The online filmmaking community is on fire following Canon’s decision to drastically drop the prices of its cinema cameras, including the C100 and C300. It’s fantastic news for potential new buyers – not so much for anyone who purchased one of the models a month ago. Joe Marine over at No Film School does a great job of digging through yesterday’s (non-April Fools’, apparently) announcement:

You can get a body-only EF mount C300 (without AF) for just $6500 and a body-only C100 (without AF) can be had for just $3000, less than the price of some DSLRs. The C100 in particular is now pretty cheap considering the built-in ND filters and solid image quality (and you can get ProRes if you add a relatively inexpensive recorder like the $300 Atomos Ninja Star).

Does this mean we can expect some big Canon news at NAB? Probably so. Marine continues:

There is no question at this point that Canon is announcing a new version of the C300 this month, but we have no idea how much it will cost — though I expect it to be over $10,000, especially if it has internal 4K. The C100 Mark II is relatively new, so I expect that to stay at the low end, while they’ll eventually phase out the older C100, C300, and C500 (the latter two of which will most likely be replaced at NAB).

If you aren’t already versed in the ways of the Canon C300, here’s a review from the folks at B&H:

Thinking about buying one of the lower-priced Canons? Are you one of the unfortunate consumers who purchased one right before the sudden price drop? Air your excitement and/or grievances in the comments below.