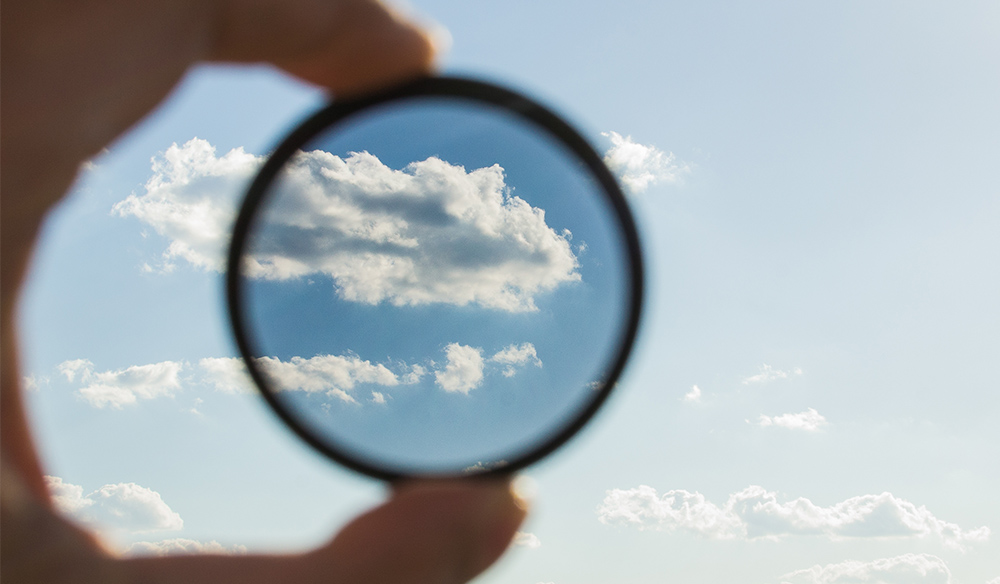 Does the Circular Polarizer Filter Cause Digital Noise?

In today’s discussion, we’re exploring the reasons behind digital noise, and whether or not the circular polarized filter is the culprit.

Are you familiar with the Metal Gear Solid alert sound effect? The video game uses it when an enemy spots you. However, in typical internet fashion, it’s also a popular meme for when people notice something abnormal or suspicious while vlogging or live-streaming.

Recently, that sound effect has been firing off after I start grading footage from a day’s shoot. And, I notice an abnormal amount of noise in the sky. Especially for a daytime shoot filmed on the base ISO.

I’ve recently become inseparable from my circular polarizer filter. With spring in full blossom and an unseasonal amount of sunshine in Wales, the circular polarizer was the perfect tool to produce deep, rich blues from a cloudless sky.

If you’re unfamiliar with what a circular polarizer filter is and what it does, check out the Shutterstock tutorial below.

I’m using the C300 Mark III. And, at a base ISO in broad daylight, the image should be flawless. However, there have been a few shots recently where, after my grade, there’s an apparent amount of noise in the sky and the sky only. Take a look at the shot below:

When zoomed in at 200%, we can see that the noise level is unacceptable for what should be a clean image.

Given that I’m filming with standard settings and my metering is displaying balanced values, it’s hard not to wonder if it’s the circular polarizer filter causing the issue. After all, that’s the only additional feature added to the camera when these issues weren’t prevalent just a few weeks back.

However, the filter is, after all, a filter. It shouldn’t be the cause of what looks like a digital issue. Sure, if there was flaring or vignetting, we could point all fingers to the filter. But, for what is a sensor detriment, there’s something else going on. Let’s have a look.

A Camera or Filter Issue?

If you didn’t have time to watch the video, let me quickly catch you up with how a polarizer filter works. The full write-up addresses all of this in more detail. For a more in-depth analysis, head on over to the Shutterstock blog post.

When the light comes from a direct source, like the sun, the light—as in the waves of light—are oscillating in different directions and unpolarized. However, when those waves hit a glossy surface, the reflective light only oscillates in one direction, and that direction is usually parallel to the reflecting surface.

In blue skies, the sunlight is also being scattered and bounced around by the particles in our atmosphere. Therefore, on a particle level, you could say it’s still being reflected. As a result, we’ll see skies at a richer blue with the filter in effect.

If the polarized light is being absorbed, does that mean we also see a reduction of light? Yes, as noted by American Cinematographer Magazine:

The biggest liability when using a polarizer is loss of light. When we realize that the filter is absorbing the polarized light, it’s easy to understand that the filter, therefore, requires a considerable exposure compensation. Polarizing filters absorb about 1.5 to 2 stops of light, on average.

With that knowledge in check, we can now see a possible culprit. When we’re not reducing glare from objects or removing reflections from shiny surfaces, we need to consider the loss of light and the exposure compensation needed.

Let’s look at this shot, for example.

It’s a bright cloudless day. The wind is abrasive, with laundry on the washing line and a cherry blossom tree in the background—perfect for a 120fps B-roll of both elements blowing in the wind. As the sky is a pale blue, it was the ideal opportunity to use the CPL and bring out that beautiful blue hidden by the polarization.

I can see the trousers and towel are slightly too hot in Resolve upon applying the REC.709 LUT. This can be easily remedied by lowering the gain to bring those whites into safe values, then slightly boosting the midtones to compensate for that adjustment. However, now we can see noise appearing in the sky.

And, this is where it’s essential to acknowledge the exposure compensation, which is something I didn’t do. With the CPL affecting the sky so profoundly, what would effectively be metered as midtones/highlights, is now being presented as midtones/shadows.

When we adjust the midtones, the sky doesn’t simply receive a slight boost as its bright value. Instead we’re now lifting the values quite significantly. And, because the atmosphere contributes to an overall large part of the composition, the noise is immediately noticeable.

Therefore, no, a circular polarizer filter doesn’t cause digital noise. However, if you don’t compensate for the loss of light, you’ll need to raise the values in post-production. This will, in turn, then introduce noise. As suggested by American Cinematographer Magazine, you’ll need to compensate 1.5 to 2 stops to avoid this issue.

However, in my example, given that some garments of the washing were already considerably hot in terms of tonal values, 1.5 to 2 stops compensation would have fully clipped those whites. CPL has a lot of value and I intend to continue using it often. But, not every shoot needs it, and not every camera needs it on the lens permanently.

For more tips on filters, check out these articles: