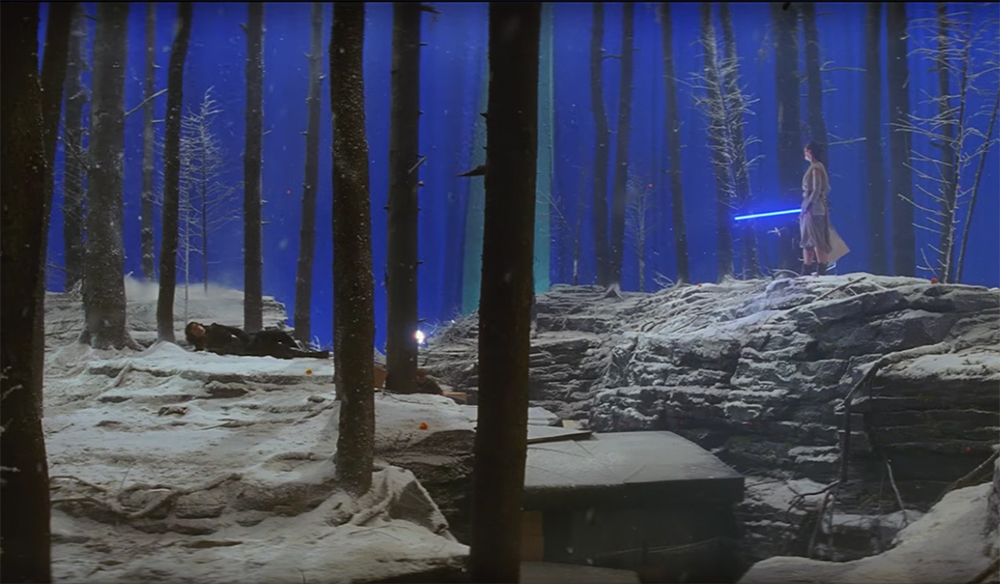 A deceptively simple technique that mixes practical lighting with VFX is proving to be one of the most visually impressive methods of creating atmosphere in recent memory.

Using LEDs for more than just a light source is a trend taking off in filmmaking. By using them as markers, subject lighting, and interactive practical effects, filmmakers are slowly but surely making new use of one of the most dynamic tools available for filmmakers.

One recent production to make use of this visual effects technique was 2016’s Ghostbusters reboot/remake/sequel/what have you. Regardless of your thoughts on the film, the method used to shoot their character VFX interactions was genius.

For a room full of extras, interacting with an imaginary dragon-demon-ghost is difficult for many reasons. On top of the lighting issue, having the crowd sync up with one another while following something that isn’t there can be extremely difficult to pull off. By using an LED-covered drone, the crowd and central characters have a reference point to use for their reactions, and the light given off by the LED is beneficial as a reference for the VFX team.

How cool is that? Whether your shoot calls for glowing monsters or not, using a drone as a marker for your actors is pretty genius.

As seen in the Ghostbusters breakdown above, Paul Feig draped his extras in LED lights to give them a ghostly blue aura. For projects needing spiritual or supernatural elements, this idea is cost effective and brilliant. Of course, as seen below, this wasn’t the first time a production made use of LEDs in this way.

For the Watchmen character of Dr. Manhattan, Billy Crudup wore an entire LED suit to bathe his nearby costars in real blue light. Again, just like with Ghostbusters, this technique gives the VFX team a great reference point for the character’s height. The following behind-the-scenes look reveals the detail and intricate work that went into creating Dr. Manhattan. It’s well worth the watch, even if it is from six years ago.

LED lights can also be used as physical objects that actors maneuver and manipulate themselves. One major film from last year put LED VFX to work in the most obvious and genius way.

2015’s low-budget indie darling Star Wars: The Force Awakens made use of this LED technique with its lightsabers. As seen in the stunning VFX breakdown video released a few weeks back, all of the film’s lightsabers are actual glowing swords held by the actors.

This year we were also treated to a masterful fan flick featuring the infamous Phantom Menace villain Darth Maul. Working with a relatively small budget, the German production made use of LED lightsabers as well. Even if your film has nothing to do with Star Wars, using these LED props can be beneficial when working in the sci-fi genre. The behind-the-scenes video is excellent for anybody dreaming of one day adding their own contribution to the Star Wars universe.

Sure, these means of production are more likely to be used for big-budget studio pictures. Nonetheless, this way of thinking is basic filmmaking prowess at its finest. The filmmakers found a fast, practical way of shooting what they needed in a manner that’s not out of grasp for low-budget projects. LEDs can be used a wide number of ways and they should never be overlooked as a good VFX marker, light source, and interactive prop.

Know of any clever ways to use LED lights? Share in the comments below.