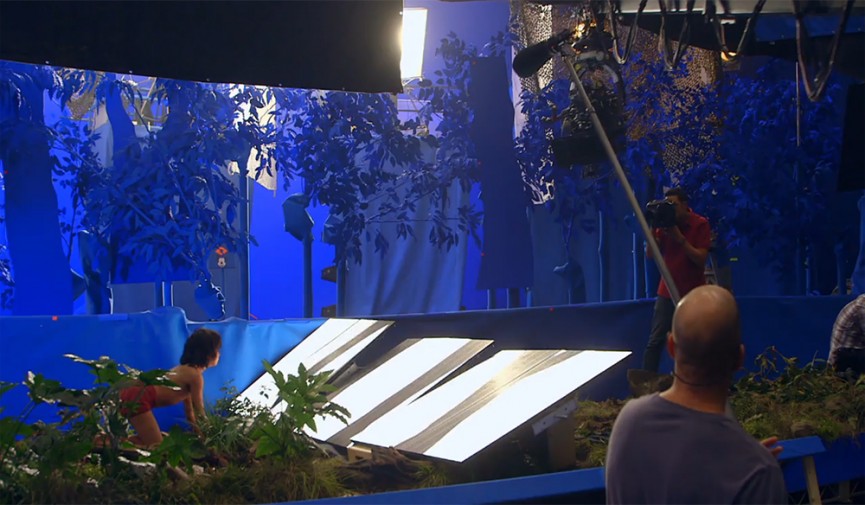 The Jungle Book figured out how to create natural light in the middle of a warehouse. How can you apply this technique to your next video?

Top image from Disney via Mashable

Attaining just the right amount of light, mixed with the right tint and the right shadows, is one of the most difficult tasks in filmmaking — and achieving this goal is even harder when you have no natural light. Indeed, imitating natural light when you have none sounds like a migraine waiting to happen. Fortunately for us, the geniuses at Disney figured out a way to replicate natural light in the middle of a warehouse.

Following suit of productions such as King Kong and The Hobbit, Jon Favreau’s The Jungle Book was filmed entirely in a warehouse in Los Angeles, California. The finished product was an impressive spectacle worth your time.

Given the current state of computer motion graphics and 3D cameras, bringing a jungle to life in the middle of a city can be done and made to look convincing. Of course, this doesn’t come without a few production roadblocks like lighting and shadows. Watch the whole behind-the scenes video on Mashable.

By placing LED panels with moving images in front of the actor, the shadows and moving light replicated real-life motion with outdoor lighting. The in-depth behind-the-scenes video also talks about the challenges and techniques that went into incorporating the CGI characters with the main actor in a natural way. This movie (and video) are required viewing for anyone interested in seamlessly blending human and CGI characters interactions.

Another example of using artificial light was put to use with 2013’s Oblivion. With a lot of the action taking place high above the clouds, production needed an effective way to bounce light off of Tom Cruise’s face while including the desired shadows and tint.

To achieve this feat, the camera units traveled to Hawaii and captured footage atop a volcano that would later be projected onto a screen surrounding the set. The above image is the crew capturing the footage and the image below is that footage being put to use during filming.

When the actors and crew were on set, they had the benefit of feeling like they were actually on location, and the reflected light was the appropriate temperature and color. Check out the video below to see more.

Chances are you don’t have access to this technology or the budget for these elaborate sets, but don’t fret. Finding ways to apply some of these tricks is easier than you might think. Bouncing light off of actors can be achieved with a laptop, LED screens, or TV monitors. Don’t be afraid to try something new and unconventional. As long as your characters look appropriately lit for the setting, your method doesn’t matter.