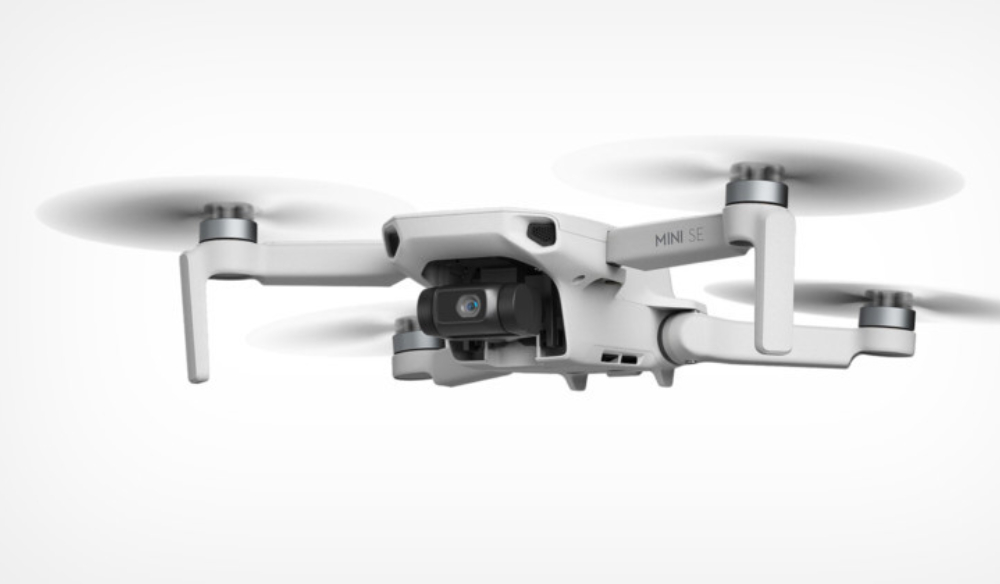 DJI Releases the New Mini SE Drone for Under $300

At its core, the film and video industry is one which prides itself on always being on the cutting edge. Starting with the mere concept of moving pictures, then digital camera revolution, and now 4K aerial videography, it’s cool to see how once a new technology is introduced, it quickly takes on a life of its own in this creative film and video community.

When drone video technology first took off, the name of the game was really just how powerful of a camera could you get up in the air. Now, only a few months after announcing their portable and foldable DJI Air 2S, it appears that the industry is shifting even further for the small and affordable.

Let’s take a look at the newly-launched DJI Mini SE. This drone just launched, and is turning a few heads for its incredibly compact, lightweight design, as well as its sub-$300 price tag.

While technically hitting markets a few months ago, this DJI Mini SE was only available internationally before hitting stores worldwide here in August. Dubbed as DJI’s “entry-level” option for first-time users and novice pilots, the Mini SE drone should at least be familiar to anyone who’s used DJI drones in the past.

The DJI Mini SE will include your standard DJI 3-axis stabilized gimbal and will pack a 12MP camera which can record up to 2.7K (so, we’re not quite talking about 4K aerial visuals here). The Mini SE will also include some CineSmooth modes for more cinematic slow-motion videography options, as well as solid stability sensors and GPS-focused precision hovering.

Is it a Good Option for Video Professionals?

That’s going to be the question for this new DJI Mini SE, especially with it coming on the heels of the DJI Air 2S announcement, which can record video at up to 5.4K. Off the bat, I’d say that this really might not be the most video-centric option for seasoned film and video professionals.

However, that might just depend on how you look at it. Sure, the Mini SE isn’t going to rival other drone options like the Air 2S, the Mini 2, or other DJI options from their Mavic series. But, it might be the right fit for a novice or first-time drone videographer.

At its low price point, you might even make the argument that the Mini SE could be a good backup or B-camera drone (a B-Drone, if you will) to shoot extra coverage or help out in a pinch. That being said, while its price point is low, it’s not that much lower than the Mini 2, so it would have to be the perfect situation.

With this Mini SE already being out for around a month now, we do have the luxury of checking in on some early reviews of how creators are reacting to this new DJI drone offering. Overall, the reviews appear to be pretty positive for this new little guy. It’s indeed light, compact, and easy to use.

Plus, as drone technology has been rapidly improving over the years, the Mini SE should represent some of the best innovations in the industry, with improved battery life and functionality to consider.

It’ll be interesting to see how drone hobbyists, as well as industry professionals, react to this drone as it becomes readily available.

For those interested, here are the full specs and pricing:

For more drone news and other industry insights, check out these articles: