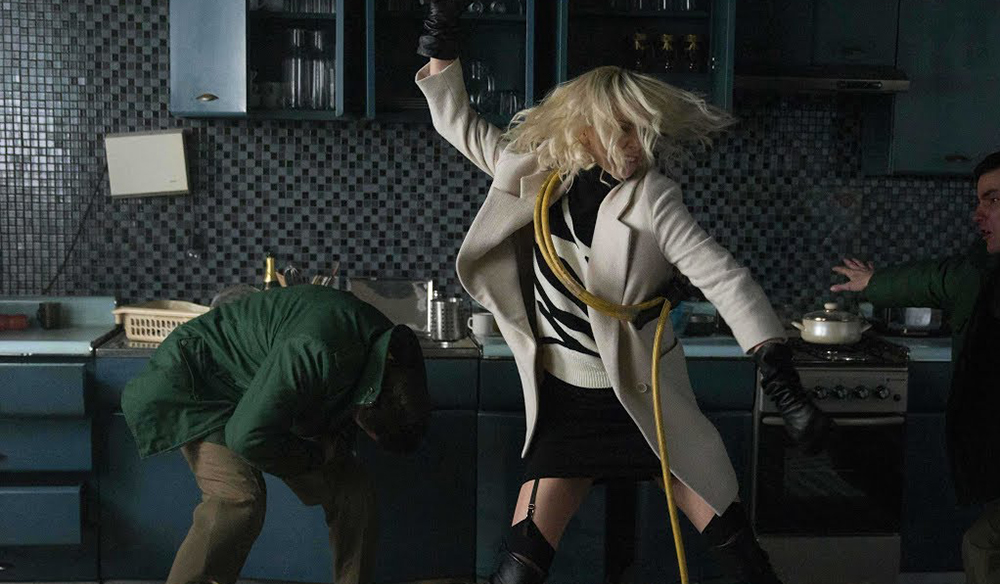 Learn to Edit Fight Scenes in This Atomic Blonde Breakdown

Learn the secrets behind editing fight scenes in major Hollywood releases in this Atomic Blonde breakdown.

If you’ve ever wondered what it takes to choreograph, shoot, and edit a complex fight scene from a major Hollywood feature film, then this 12-minute breakdown of Atomic Blonde will demonstrate just how much goes into it.

Second Unit Director and Stunt Co-ordinator Sam Hargreave (check out his huge list of credits here) delivers an entertaining and informative analysis of all of the physical, mental, and filmmaking skills required to deliver some close-quarter combat mayhem.

It’s interesting to note that Charlize Theron personally trained for six to eight weeks to prepare for this sequence.

As an editor, I thought I’d pick out three things I took away from the video that you can also apply to your next edit, even if it’s not a fight scene. 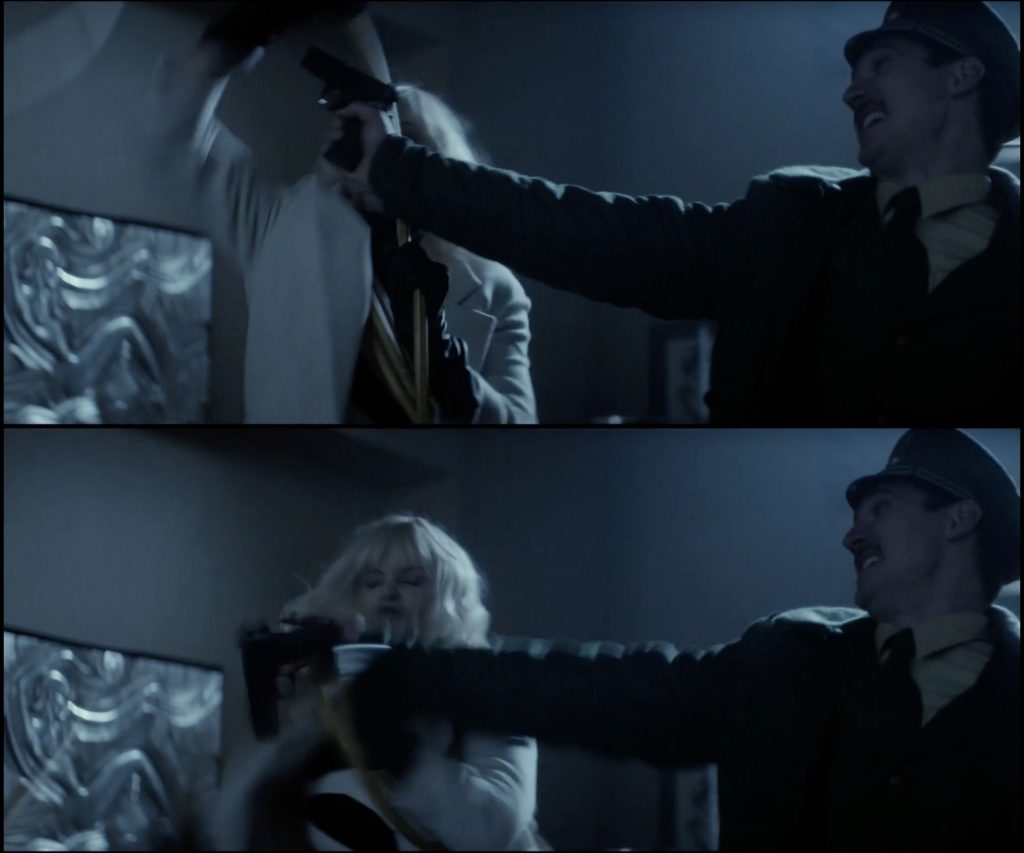 At 2.55, you can see Sam walk through some examples of Frame Dropping from specific moments in the fight sequence.

This is a common editing technique for action scenes and fight sequences that involves removing (or dropping) specific frames to make the action seem extremely fast and violent.

In this fight scene, Sam picks out the gun disarm that you can see in the image above (these are the two frames in between which others have been dropped), as well as a dislocation kick to a knee as clear examples of frame dropping.

This technique doesn’t apply only to combat sequences. If you need to tighten an action in a shot, this technique may well have the desired effect. 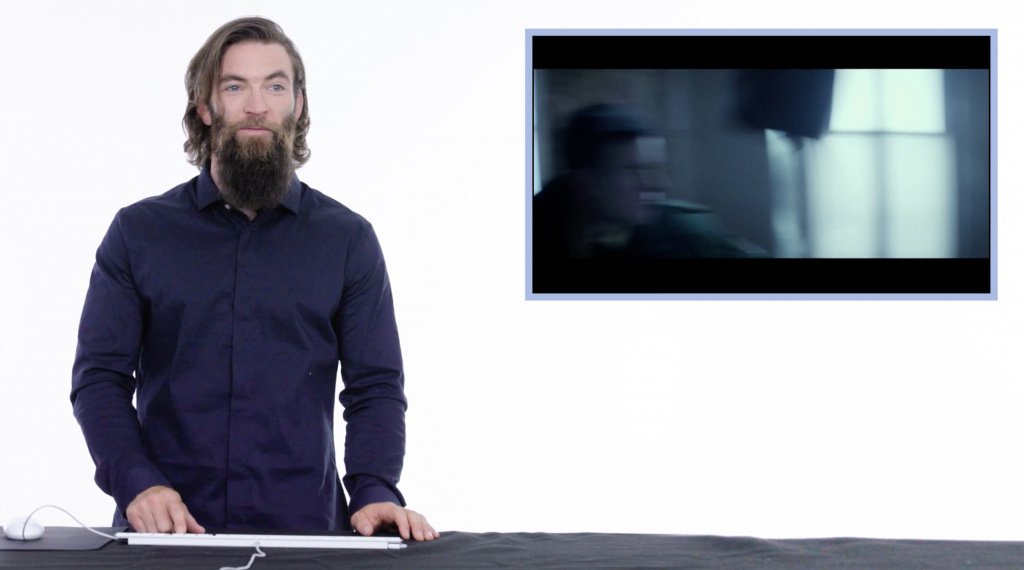 Although a lot of the “selling” of a specific punch, kick, or hit comes from the stunt performers “receiving” the hit, the majority of the power comes from the sound design.

Time and time again, Sam mentions how you can hide the “trickery” of filmmaking “at speed” and with a well-timed sound effect. As you watch the scene, pretty much all you can hear are impacts, grunts, whips, and whooshes.

PremiumBeat keeps a giant catalog of royalty free production music, but it also offers a huge library of sound effects, including these freebies, which you can try out on your next project

If you want to learn more about the secrets of film sound design, then check out this video essay on the sound design by Ren Klyce and Richard Hymns for David Fincher’s Fight Club.

One of the best editing techniques is simply not to cut. But that’s only possible in a fight scene when the actors or stunt performers can hold your attention simply with their fighting skills. Otherwise, as Sam says, you need to hide things “with quick cuts or shaky cam.”

In the Atomic Blonde breakdown, Sam speaks to both short fragments edited together to create seamless whip-pans, as well as the steady shots that simply show you what’s happening.

These longer shots also give the audience breathing room, in an extended fight or action sequence, before things kick off again.

The following episode of Every Frame a Painting also highlights the differences between Eastern and Western fight scenes, where the emphasis in the later is on letting you see everything, showcasing the skills of the martial artists, in this case the indomitable Jackie Chan.

Do you have any tips for editing fight scenes? Let us know in the comments.