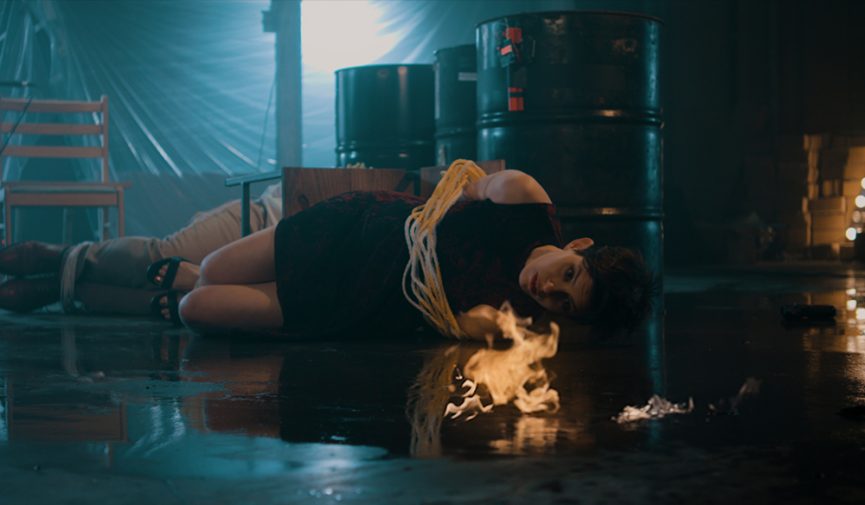 ESCAPE ROOM (Short Film) — How To Composite Your Own Stunts

This short film demonstrates some different compositing and filmmaking techniques. First: how to fake stunts by shooting and blending different plates.

So, we made a short film. A very short film, but a short film nonetheless. Why did we do this? Well, for one, because filmmaking is what we do, and it’s fun. Second, because we wanted to squeeze as many techniques and special FX as we could into one release — and show you how we did it.

Part of this was to show off the great action-oriented video element packs from RocketStock, so stay tuned for some tutorials on how we used those assets to create the short’s various effects and explosions. We also used some other fun-and-easy compositing techniques throughout the film. We’ll show you how to do those, too. Check out the short below.

One of the earliest ideas we had was to make a film that was very cartoony and fun — something that definitely didn’t take itself too seriously. We knew we were going to have explosions and muzzle flashes and smoke, and we knew we wanted to fit all of those into one small package. So, why not include some giant gasoline barrels and a bomb straight out of a Roadrunner cartoon?

While we’re at it, why not include the worst first date ever? Perhaps, a date that includes the male protagonist accidentally kicking his date into the gasoline barrels, spreading the gasoline everywhere? Perfect.

While this was a fun idea, we knew we had to be very careful with the shoot. We knew we couldn’t actually kick her into the barrels, so we used some creative compositing and shooting techniques. Here’s how we did it.

In the effects world, a plate refers to an element or layer of something used in compositing — usually something shot practically or unaltered to mix with something else.

In this case, we shot three different plates. We knew that we wanted it to look really silly, so we didn’t have to worry about too many specifics. In most cases, to get something a bit more realistic, you’ll worry a lot more about matching, timing, and speed.

The first plate was just a completely clean set. No actors in the frame, no chairs — just the set with the barrels and lighting. I recorded this plate so that I’d have the option in post to mask out the characters and chairs if I needed to. Then I could move them around in the frame and make everything more precise (if the need arose).

The second plate included the male character kicking into thin air — nothing else in the shot but his legs kicking as hard as he could (which he had a hard time doing since he was tied to the chair).

Then I shot a final plate with the female character throwing herself onto a crash pad (in this case, a large, slightly underinflated air mattress topped with a few big comforters).

Now, you have to blend your plates together. In this case, I was able to do this with a little bit of rotoscoping.

Using the final shot of the female character falling into the crash pad, I masked around her, and using the mask path tool, I animated the mask over the course of the shot. From there, I just added a bit of feathering and was able to naturally isolate her from the background.

After I had the female character masked out and isolated, I was able to throw in the shot of the male character kicking. Luckily, everything lined up pretty well.

Now, all I needed was a bit of re-timing to make everything look more convincing. However, if things didn’t line up quite perfectly, I would have had the option to move the characters around in the space using the clean plate. I would need to rotoscope both characters instead of just the female, and then move them around as necessary.

Stay tuned for some more content from this short. We’re going to show you how we lit it and shot it, and we’ll do a breakdown of all of the explosion and fire effects.