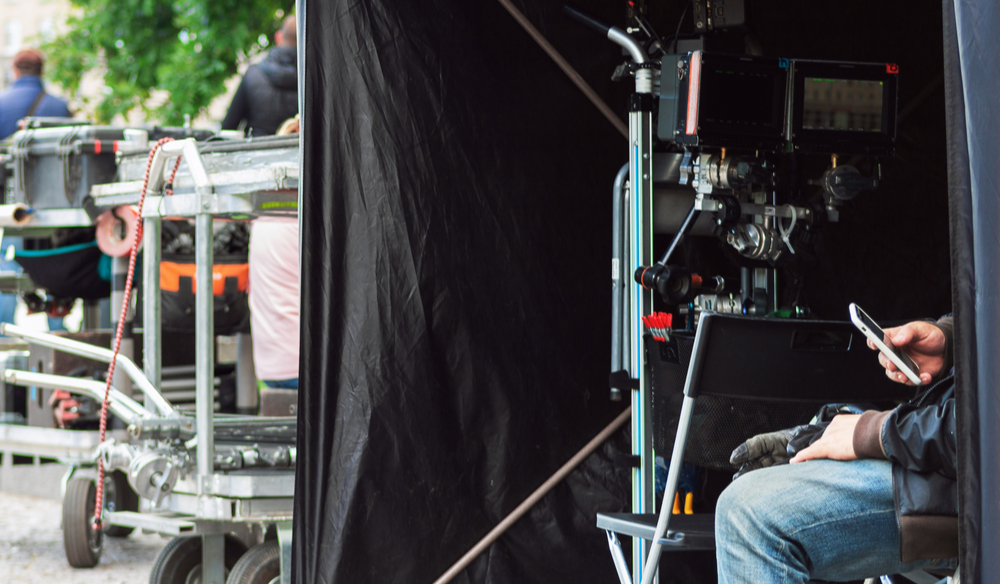 What Is a Line Producer? A Guide to Their Role and Responsibilities

A line producer has one of the most important jobs on a film set. Let’s take a look at the many responsibilities that come with the role.

Some of these folks deal with finance. Some handle hiring, others work on distribution. Some do all of this and none of this and more than this or less. They all probably make a lot of phone calls.

Indeed, the day-to-day duties that define these various roles can get a little murky. That’s not the case with another credit you’ve no doubt seen: Line producer.

Over the course of my career, I’ve had the opportunity to work with a few dedicated line producers on all kinds of productions. Uniformly, I was always impressed with their vast knowledge of all aspects of filmmaking. And that breadth of knowledge is an absolute necessity for a role that’s as broad as it is specific as it is important.

Let’s take a look at the ins and outs of a line producer’s responsibilities and dig into the skills and sensibilities required for them to succeed in the role.

The Personality Traits of an Effective Line Producer 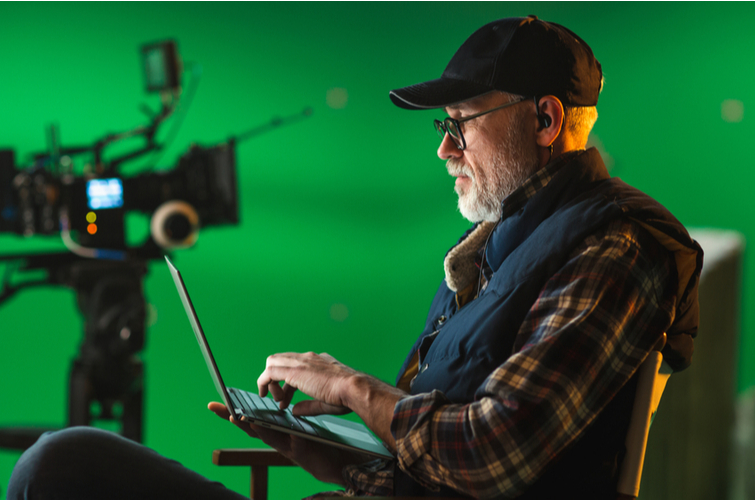 It takes a certain sensibility and skill set to succeed as a line producer. Image via Gorodenkoff.

As you’ll see as we explore the line producer to-do list, this gig isn’t for everyone. Here are some of the defining qualities of the best line producers I’ve encountered.

The Pre-Production Responsibilities of a Line Producer 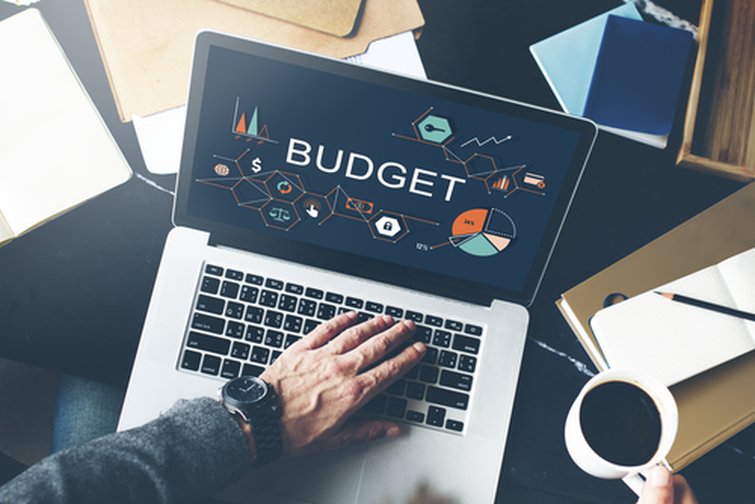 The Line Producer creates a budget for the film. Image via Rawpixel.com.

1. Break Down the Script According to Budget

One of the first things a line producer does is create a budget for the film. To do so, they break the script into digestible chunks and determine how much each individual scene will cost to produce.

For example, if a scene involves a car chase that ends with a huge explosion, the line producer accounts for stunt drivers, camera cars, permits, safety measures, crew and equipment needs, a special effects team, and anything else required to nail the sequence with appropriate efficiency. Additionally, the line producer breaks down the script and budgets shooting day by shooting day.

Once the line producer has a grasp on the budget, they’ll know the crew’s needs over the course of the production. As a result, they’ll begin negotiating rates and hiring crew members — DP, art director, gaffer, locations manager, etc.

A line producer could even establish the LLC under which the production runs. On top of that, they’ll often work to ensure the production is properly protected by locking down necessary legal documents, deal memos, agreements, and even production insurance.

The line producer is a day-to-day main point of contact for production designers, DPs, and similar key roles. For example, if you’re a DP, the line producer will work with you to establish an appropriate camera and lighting budget that lines up with the demands of the script.

Once department heads have established their list of needs, the line producer will then secure all the equipment by approaching vendors, gathering bids, and negotiating costs that work with the budget.

The Line Producer’s Responsibilities During Production 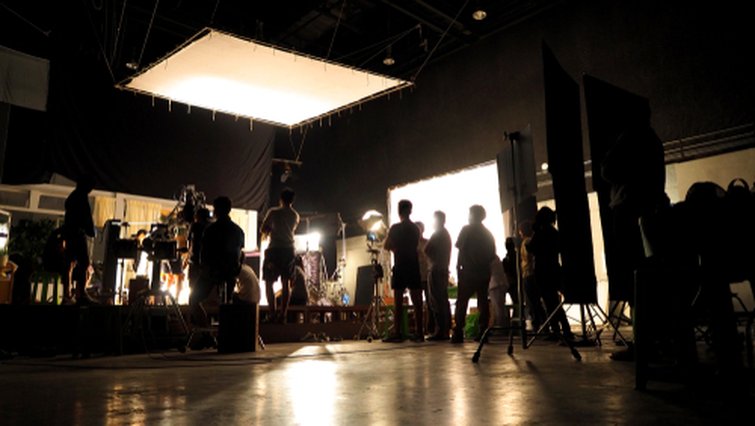 During the midst of production, a line producer will ensure — every single day — that production is humming along at maximum efficiency, on time and on budget. Should a crisis arise  — be it with the crew, budget, equipment, whatever — they will strive to solve it quickly and judiciously in order to keep everything running smoothly.

As production nears completion, the line producer will start securing the necessities — creative houses, facilities, assets, etc. —  for the transition to post-production. 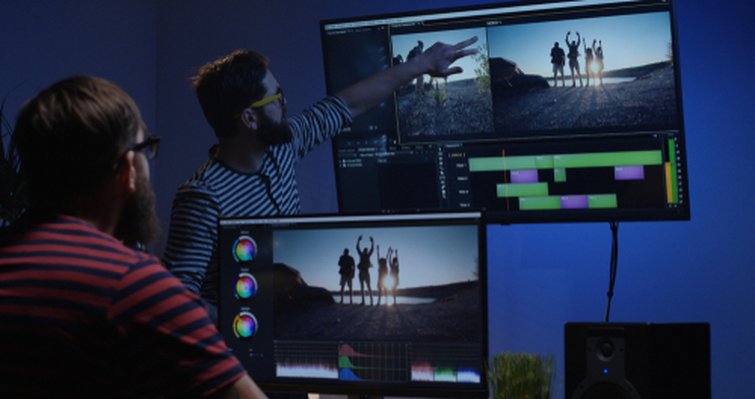 The Line Producer takes the job all the way to the finish line. Image via FrameStockFootages.

1. Keep an Eye on Post-Production

Even with production wrapped, the line producer remains hard at work. Part of this involves handing some of the reins over to the post-production supervisor, while still remaining present and engaged in order to ensure the production crosses the finish line according to plan.

Once production concludes, the producer will look over the production budget and ensure that needs were met within the parameters established in the beginning. All final paperwork, contracts, and documents will be properly organized.

3. Ensure All Rentals Are Returned

Finally, the line producer ensures that all production rentals have been returned to their point of origin. Essentially, their role here is to wrap up production.

Overall, the role and duties of a line producer are extensive and massive. Naturally, this role is best filled by someone with a vast amount of filmmaking experience who knows how to properly budget, manage, and execute a production in all of its tedious, exhaustive, and thrilling glory.

Okay, now you’re an expert on line producers. But what about everybody else? What do they do, who do they do it for, andHere’s what they do: