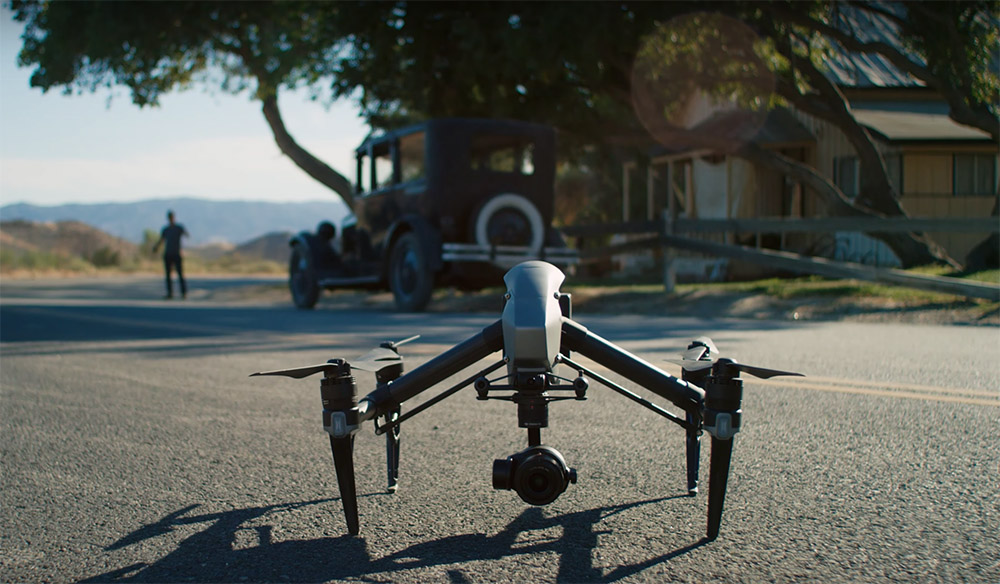 DJI shows off the possibilities of its newest UAV by releasing The Circle, a fourteen-minute short film shot entirely with the Inspire 2 drone.

DJI’s latest milestone: Shooting an entire short film on the company’s latest offering to the pro drone market, the Inspire 2. In addition to releasing the fourteen-minute short — The Circle — the company also shared two behind-the-scenes videos that detail the journey of making an entire film with a drone.

While shorts have been shot on drones before, the impressive quality of the Inspire 2’s features — like the new X5S camera that shoots up to 5.2K in RAW — makes DJI’s accomplishment worthy of note.

The X5S is the Inspire 2’s higher-end camera (a step up from the also-available X4S), and it allows the use of different lenses. For The Circle, director of photography Claudio Miranda was able to judge focus and control depth of field by making use of the Olympus 9-18mm Zoom Lens for many of the shots.

One of the great features of the X5S is we can shoot up to resolutions up to 5.2K, so that gives us a lot of room for 4k output. While you’re recording ProRes or raw files on the SSD, you’re actually able to save the proxy files on the SD card. They can have a different resolution than the actual files. So you can shoot in 5.2k on the SSD and you can shoot 1080p proxy files which makes previewing way more easier. — Ferdinand Wolf, Aerial Cinematographer

As you can see in the video, the DP holds the drone as he walks through the house tracking the main actors. It could be argued that the Osmo might have been handy in such a situation, but the drone-in-hand technique is an excellent application of the Inspire 2’s stabilization features.

The behind-the-scenes video covers the post-production side of the short film, diving into working with the Inspire 2’s RAW footage as well as the color-grading process.

The Inspire 2 has a new feature to it thats very different from the Inspire 1 — it has a new SSD system that allows you to mount directly to your DIT station or your computer. So you no longer need a proprietary application to mount the drives on there. You’re able to go right from the Inspire’s drives, plug directly to your dock on set, and be able to get instant access to the files that were shot. — Robert C. Rodriguez, Director of Technical Operations for Technicolor

This new ability will save a lot of time in the workflow, minimizing the strain and hassle that comes with handling and coloring footage.

With the release of the Inspire 2, DJI has once again set the bar for aerial videography and demonstrated the “no rules” nature of filmmaking. For more information on DJI’s latest release, check out PremiumBeat’s full Inspire 2 coverage.

Looking to get your hands on the Inspire 2? Share your thoughts in the comments below.