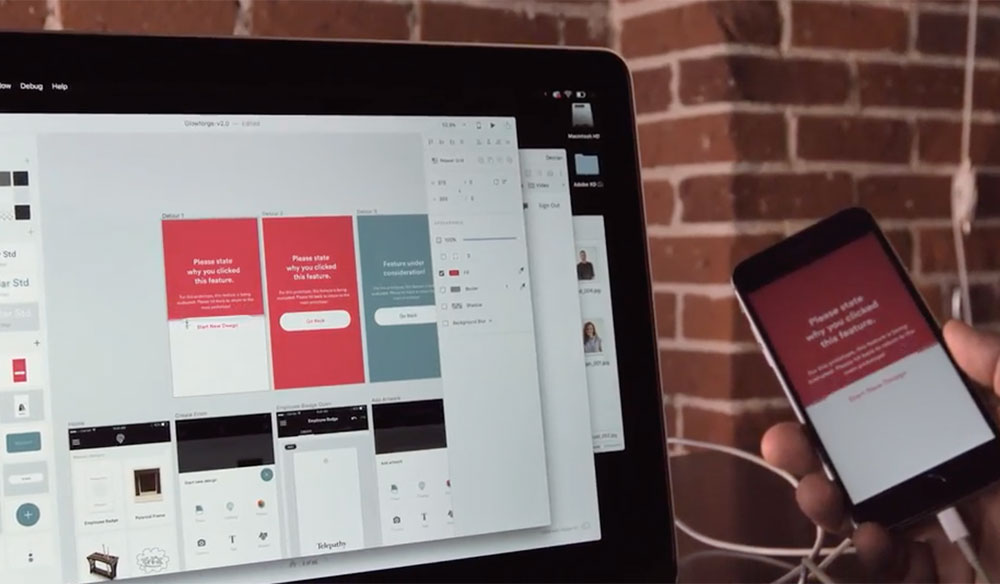 Why Adobe Doesn’t Want You Using Older Versions of CC

Adobe is changing what software you can and can’t use. So, what are the changes, how will it affect you, and what is the cause behind these changes?

Last week, users of older versions of Adobe Creative Cloud products began receiving emails indicating that they were no longer licensed to use anything but the most recent versions of the software. Let’s take a look at what’s going on. 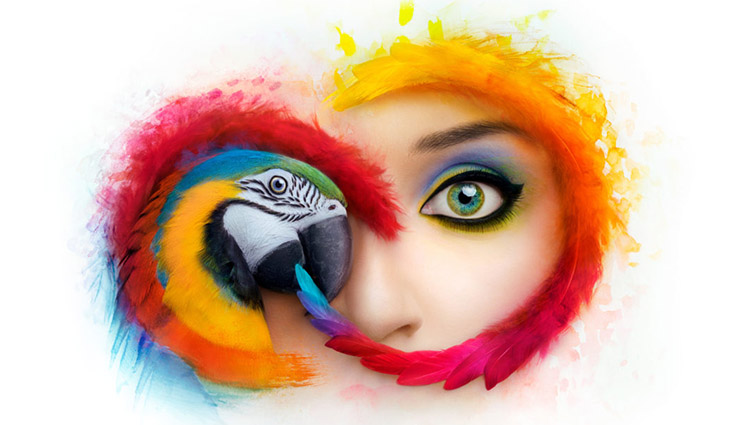 Starting around May 10th, 2019, users of all but the most recent versions of Adobe’s Creative Cloud software began to receive alarming emails. Adobe Customer support informed them that they were no longer licensed to use any versions of the software (not available for download) in the Creative Cloud desktop application.

Until this notice, subscribers to CC were able to install and use versions going as far back as CS 6 — released in 2012. Now the versions available to install and use through the CC app are significantly limited. For most programs, only the latest two versions are available to download and use. There are a few exceptions including (thankfully) Premiere, which goes back 6 versions to 12.1.2 — released in July of 2018. 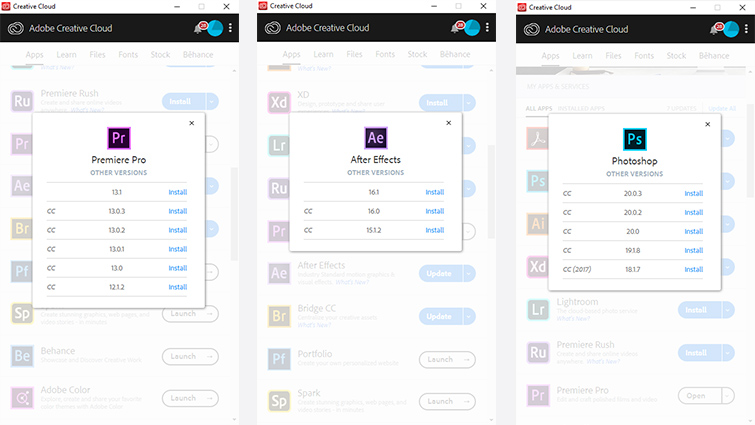 Adobe posted a terse blog post outlining the reasons for the change:

Focusing our efforts on the latest two major releases of Creative Cloud applications, which the vast majority of Adobe customers are already using, will further enable us to develop the features and functionality most requested by customers and ensure peak performance and benefits across Windows and Mac operating systems.
Adobe Blog

So, Adobe is claiming the change was made with the end user in mind. This explanation seems more than a little dubious. So, users promptly took to Twitter to gather more information regarding the notices. Adobe customer support began responding to inquiries, and the responses led many to believe that those continuing to use older versions of the Creative Suite may face legal action for doing so:

Customers who continue to use or deploy unauthorized versions of Creative Cloud may face potential claims of infringement by third parties. We cannot comment on claims of third party infringement, as it concerns ongoing litigation.
Customer Service Tweet in response to Twitter user Geoff Gaudreault

Additional responses on Twitter from the Customer Service team seem to confirm that the change comes “due to a copyright dispute.”

So, are available versions being limited in order to give better support and performance to the current versions, as claimed in the blog post? Or is there a legal motivation underlying the change? 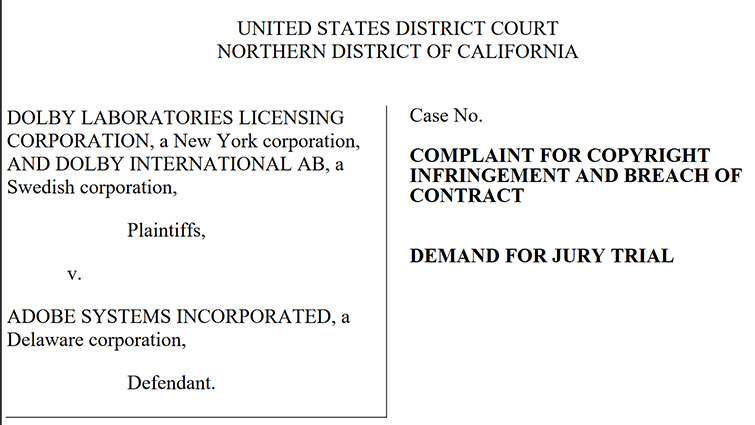 Apple Insider put together some pieces of the puzzle regarding a possible explanation for the changes to Adobe’s licenses. In March of 2019, Dolby filed a legal complaint against Adobe for what it deems abuse of licensing agreements between the two companies.

Dolby licenses a number of technologies for use in Adobe’s software and is compensated based upon the number of users using the software. It is common practice — the law, actually — for Adobe to share its records with all third-party providers, in order to ensure all parties are being fairly compensated as outlined in the licensing agreements. On this count, allegedly, Adobe failed miserably. 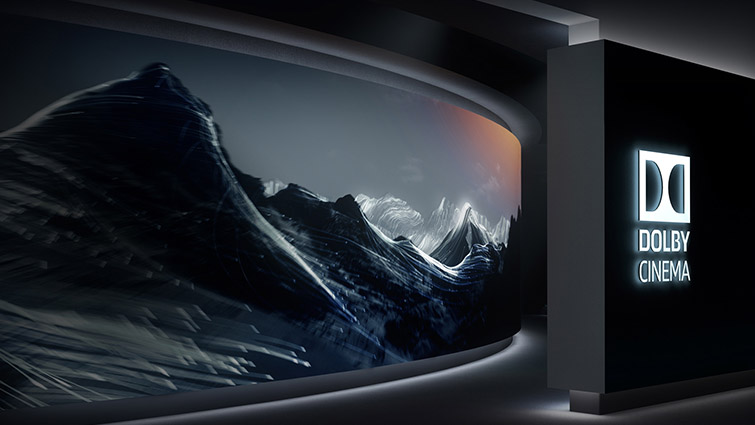 Adobe refused to engage in even basic auditing and information sharing practices; practices that Adobe itself had demanded of its own licensees. Adobe apparently determined that it was better to spend years withholding this information from Dolby than to allow Dolby to understand the full scope of Adobe’s contractual breaches.
Dolby Court Filing p. 3, lines 19-22

In the filings, Dolby outlines gross misconduct by Adobe with regards to the openness of their accounting and record-keeping practices. Dolby alleges that Adobe has egregiously failed to honor these agreements, provide documentation regarding the fees associated with the agreement, and failed to pay Dolby royalties owed.

Dolby has brought seven claims against Adobe. I’ll do my best to break them down:

Dolby is seeking a jury trial for claims of copyright infringement and breach of contract. This is likely a move to force Adobe to settle out of court, or risk losing face in the public eye. 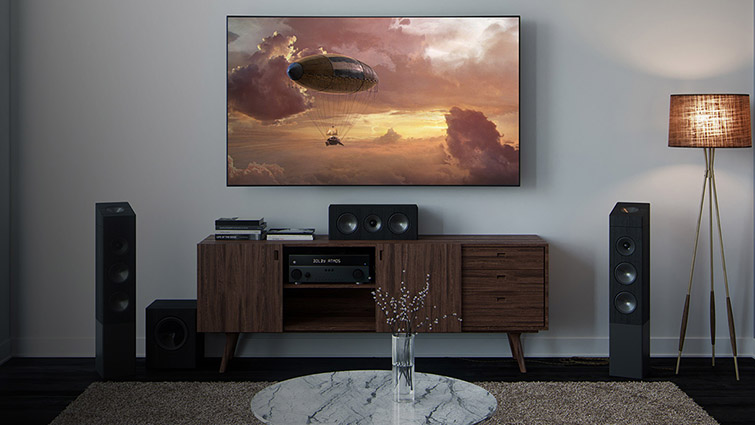 Users who always keep their software updated to the most recent versions should see no change to their experience with the Creative Suite.

As I’ve covered in the past, however, Adobe releases often come with a slew of bugs and broken features. Many professionals opt to use older versions of Creative Suite software in order to bypass the unpredictability of new releases. Now these professional users must get in the Adobe update pipeline or risk potential legal action from Adobe — or the third-party providers it licenses technology from.

In addition to this relatively small sub-set of users, a larger group of creators stand to lose functional access to the tools they have spent years mastering — those who can’t pay the monthly subscription prices to gain access to Adobe’s tools.

Whether students, hobbyists, or those living and working in countries with high exchange rates to the dollar, there is a very significant user base who relied on versions of the software before the subscription-based Creative Cloud changes occurred in 2011. Prior to 2011, purchasing Adobe products was a straightforward process. You simply selected the products you needed, and paid a one-time, flat fee for those products. With Creative Cloud, users pay monthly instead until they wish to cancel their subscription.

If these changes go through, Adobe will absolutely see falling sales figures.

Looking for video production tips? Check out these articles: 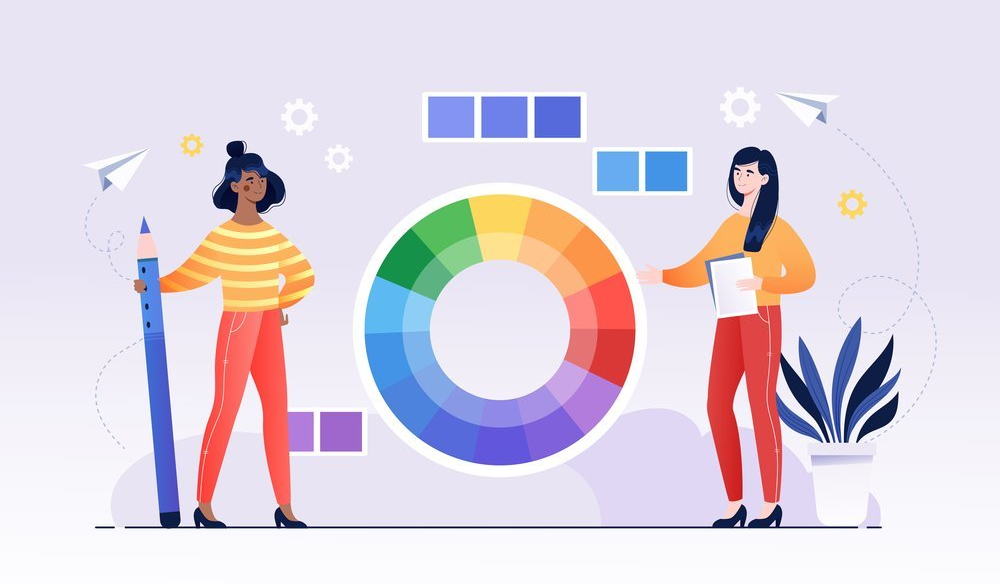