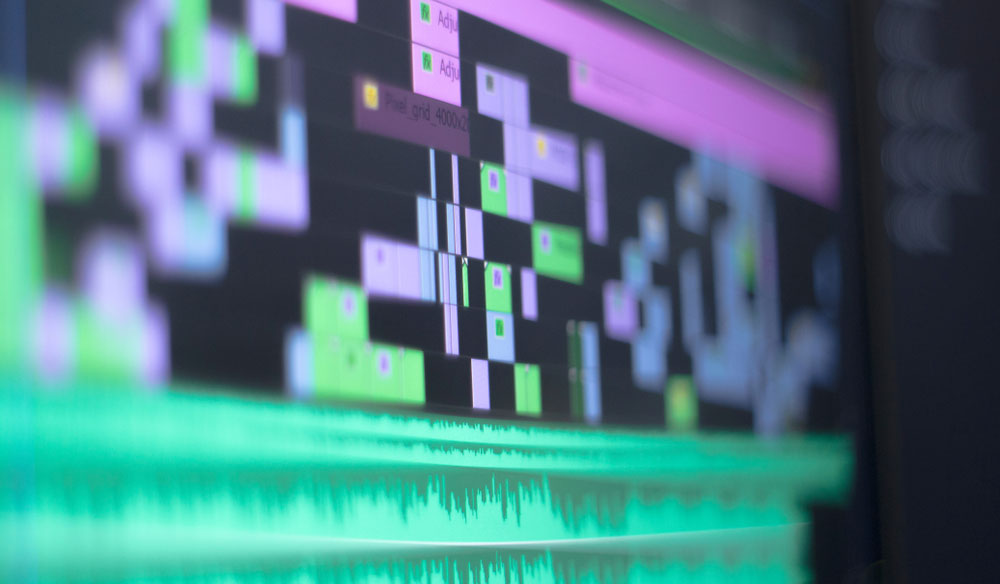 Why You Should Wait to Download Your NLE’s Beta Release

It’s always exciting when the latest version of your favorite editing program comes out. But should you download it right away?

A variety of questions run through your head as you download the beta release of your favorite editing software: What new features are included? Did they fix that render issue? I hope they haven’t removed tool X.

Sometimes, however, the software isn’t fully polished, and the developers need beta testers to put the software to the test — to find bugs and problems. Betas are exciting, especially closed betas, as your feedback directly affects the software — which makes you no longer feel like a customer but, rather, part of the team — in that you have directly helped the software’s development. (And, in all honesty, beta tests also feel like a game demo that you get to play before everyone else.)

With most closed betas, you must sign-up to beta test a program (like Adobe, who have just launched a beta application for Photoshop on the iPad). However, in recent years, we’ve also seen a growing trend of software companies (not only those who produce NLEs) that offer a public beta for download before the full official release of the new version. (“Public beta” meaning anybody can download and install the software).

Blackmagic recently did this with Resolve 16 — as they have done with the past few versions of Resolve. (If you keep an eye on your social media platforms, you’d think Resolve is setting the users’ computers on fire.) 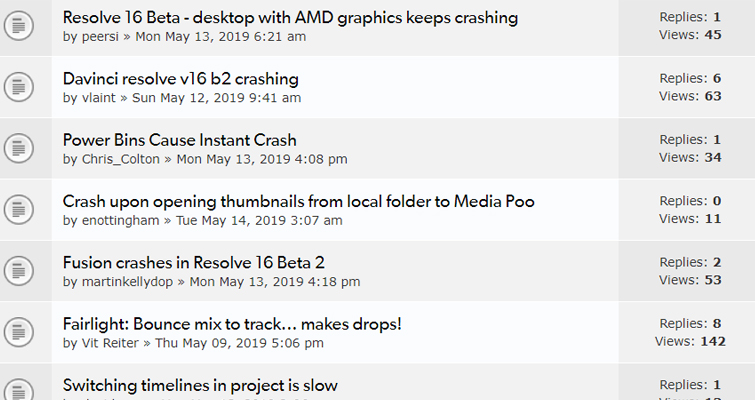 The screen capture above comes directly from the Resolve Beta forums, where bugs are supposed to be reported. The Resolve Facebook group, however, is a different story, with a number of users not understanding why the software isn’t working properly. Is this an issue with Resolve, or quite simply due to a general misunderstanding of the nature of a beta release? Perhaps a bit of both.

WhatIs.com defines a beta as follows:

In software development, a beta test is the second phase of software testing, in which a sampling of the intended audience tries the product out.

Beta testing is also sometimes referred to as User Acceptance Testing (UAT) or end-user testing. In this phase of software development, applications are subjected to real-world testing by the intended audience, for the software. The experiences of the early users are forwarded back to the developers, who make final changes before releasing the software commercially.

There isn’t much more to say about that. Essentially, betas are how developers can get their software into the hands of real people, using different machines, with a variety of different file formats — and for the users to provide feedback. More often, betas are generally only sampled to a small audience. When a beta release is open to public access, it’s usually advertised as such, and offered as an alternative download to the primary version. That can be why users get stumped by crashes and bugged features — they just didn’t realize the software was a beta version. Blackmagic, for example, referred to Resolve 16 on Twitter as beta, but on Facebook they didn’t. And on the download page, the beta is only mentioned in the download link.

While it’s common sense to double-check to see what you’re downloading, from the echoing cries across the internet about a “broken platform,” it would appear that many missed the memo.

So, what can you expect from a beta version of your software? Well, you have to understand that you’re going to be downloading software that isn’t 100 percent operational. However, that’s not to say you’re going to be unable to edit, it’s just that you’re going to run into bugs and glitches — such as not being able to apply a tool because the button doesn’t respond to a mouse click, or crashes when you try to export in a specific format. These are the sort of problems one should expect when using a beta, and these are the problems that you need to report to the developers. A beta isn’t just a means to get your hands on some software before anybody else  — it’s to help the developers build out the software.

As such, it’s essential to make sure you don’t install a beta if any of the following apply:

And, most importantly, back up your projects before you download the beta.

In Resolve, there are two ways you can back up a project. You can back up the database, which is useful if you have multiple projects to back up and save. To do this, open the database panel, which you do by clicking the icon and selecting back up database. Then save the project. 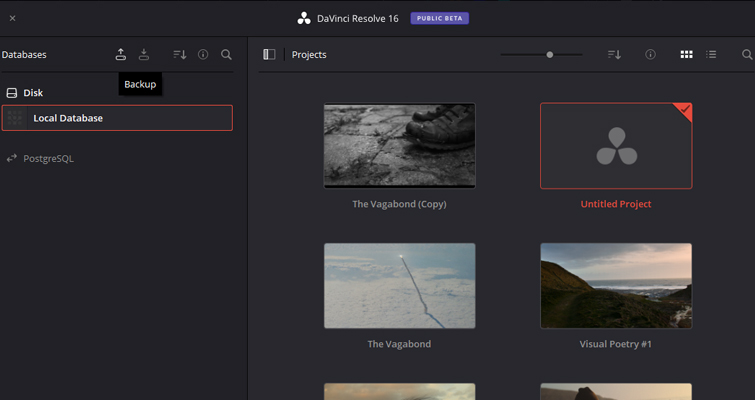 Alternatively, if you have just one project in your database, you could right-click on the project and select export project. This will take all of the timelines, bins, and project settings and export them into a file that you can later import into the new version. 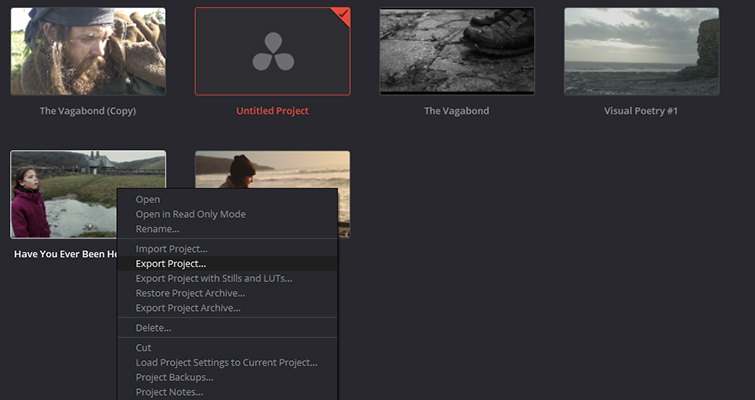 Betas are a good way for end-users to report bugs and give feedback to developers. Just keep in mind that you’re not downloading fully functional software.