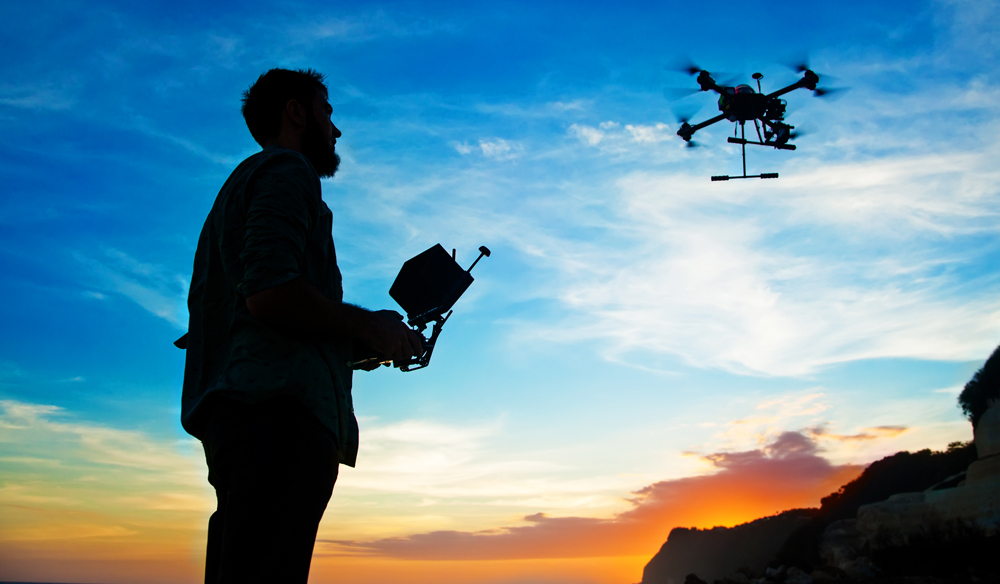 Getting into drone video production? Here are some tips for getting great footage and some must-know information for new pilots.

Love them or hate them, drones are now a big part of video production. Not only do they allow you to quickly capture aerial shots in minutes, they have also become so agile that they can be flown at a low altitude to replicate traditional crane moves.

In this post, we will be covering some basics of drone flight: the terms you should be using, no-fly zones, flying for commercial use, and the upcoming FAA drone registration and regulations.

When in flight, you need to know the correct terms to communicate effectively with your crew. This is the same principle as traditional camera movements. You need to know what to do when a shot calls for a pan or tilt.

When a drone is in flight, it can move in three dimensions. These axes are lateral, vertical, and longitudinal. Based on the drone’s center of mass, the flight parameters allow the aircraft to move in those three dimensions. In layman’s terms, you can control the drone to move forwards and backwards, up and down, and side to side.

A yaw changes the direction the drone faces by turning the aircraft to the left and right on the vertical axis.  This is the same as turning your head to the left or right.

A pitch angles the drone’s nose up or down to move the aircraft forward or backward. This is the equivalent of looking up or down.

A roll angles the drone’s body to the left or fight to move the aircraft side to side. While always looking forward, tilt your head to the left of right.

Flying for Commercial Use (in the United States)

At the time of writing, it is still illegal to fly a drone for commercial purposes without a license. This includes creating videos for clients. There will be new legislation in the coming months that will allow commercial use after registering your aircraft with the Federal Aviation Administration or FAA. The terms are still not known. 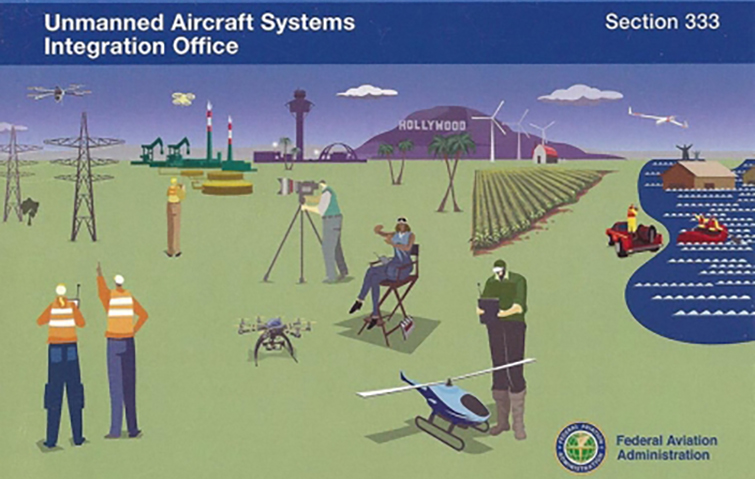 However, you can still fly your drone and shoot video for hobby purposes, as long as it’s recreational. Your other option is to apply for an FAA Section 333 Exemption which will allow you to fly Unmanned Aircraft Systems, like a drone, for commercial use. These exemptions are issued on a case-by-case basis, so it’s not guaranteed that you will received approval to fly.

Every country has their own various flight laws, so be sure you read up before you take flight.

The final thing we will cover is the ever-important No-Fly Zone. No-Fly Zones should be taken very seriously, as violating that airspace is a federal matter. There are four main types of No Fly Zones.

There is a No-Fly Zone around every major airport and most medium-sized airports. There is a five mile No-Fly Zone radius around an airport.

These No-Fly Zones are directly above every military base of any size.

All National Parks are No-Fly Zones, so don’t even plan on flying over Old Faithful or by Mount Rushmore. Flying in a National Park is a good way to get tazed.

These temporary No-Flight Zones are created for special events, usually with very large crowds. These are issued for sporting events like every NFL and NCAA football game, Major League Baseball games, NASCAR and Indy Car races, as well as any major event that applies for an FAA airspace waiver.

Pursuant to 49 USC 40103(b), the Federal Aviation Administration (FAA) classifies the airspace defined in this NOTAM as ‘National Defense Airspace’. Any person who knowingly or willfully violates the rules pertaining to operations in this airspace may be subject to certain criminal penalties under 49 USC 46307. Pilots… may be intercepted, detained and interviewed by law enforcement/security personnel. – Sporting Event Temporary Flight Restriction FDC NOTAM 4/3621

If you are planning a flight, I highly recommend Don’t Fly Drones Here. This is a great interactive map that features all No Fly Zones and is constantly updated with Temporary Flight Restrictions, so you will know if there are any places you shouldn’t be.

If you are looking to buy your first drone, be sure to check out our definitive drone buying guide.