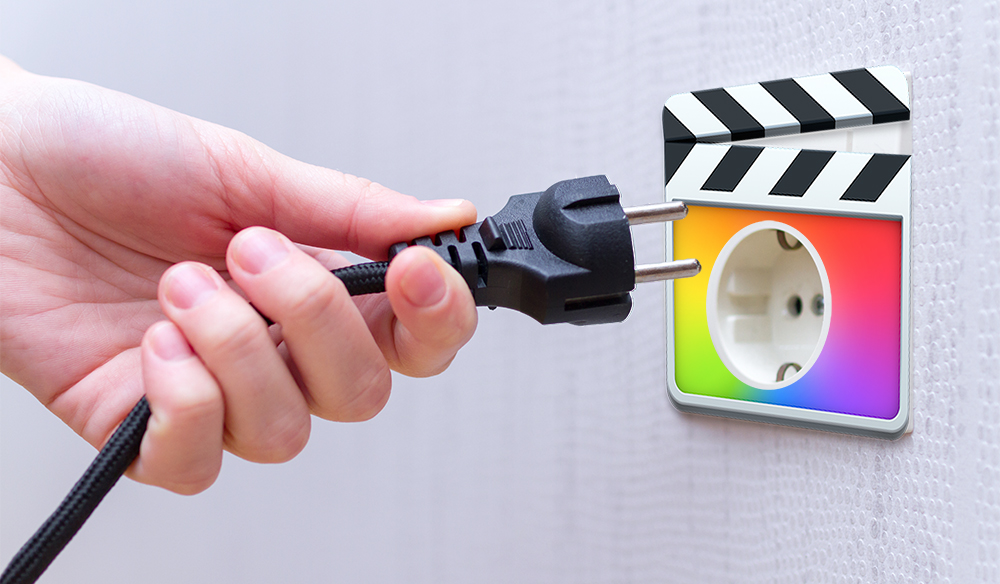 If you’re a follower of the old adage “Work smarter, not harder,” then plugins might be your new best friend. They’re excellent at condensing complicated tasks into easy-to-use, drag-and-drop effects that speed up your edit and reduce stress. But, if you don’t have a nest egg to draw from for investments in your editing suite, plugins can be a hard sell. So, to combat that, we’ve rounded up some of the best plugins available to you for FREE, for Final Cut Pro X.

Let’s get to downloading!

Plugins are third-party add-ons that enhance certain tools in Final Cut X — or even add features that weren’t originally included in the software. They’re usually created by people looking to improve their own workflows, then shared on the internet — often for a fee. Think of it like adding a spoiler and a NOS booster on a Nissan Skyline (shoutout Midnight Club 3 DUB Edition — if you know, you know). The original already works just fine, but the additions make it just a little bit better. Simply put, it enhances the software.

There are also companies — like Red Giant — who specialize in creating plugins for editing programs. But, those plugins usually come at a price.  If you’re interested in a curated list of the best paid plugins, check out this article by our own Logan Baker.

Now, I hope I’m not ragging on Final Cut’s integrated color grading software too hard . . . but it could use a little work. That’s where the mLUT tool from MotionVFX comes in. It’s a free plugin that you can use to manage your look up tables in one place. With intuitive settings and the ability to link to MotionVFX’s large library of LUTs, it’s an incredible color grading tool, without the hassle of Final Cut’s original grading components.

Another free color grading plugin, Color Finale 2.0 gives you a whole new range of color grading presets and tools to make your footage look more cinematic. You can add film emulation to recreate a retro look, or even use integrated masks to color grade certain parts of your footage without affecting the whole clip. This plugin is free for a trial, but if you like it enough, the final price is $99.

If you’re looking for an extremely easy way to recreate title sequences from some of your favorite movies, Movie Pop — from Stupid Raisins — is a great plugin. It’s got a stock of free-to-use title sequences, that recreate movie titles like Assassin’s Creed, Star Wars, and Harry Potter. This plugin doesn’t do much other than recreating titles, but since it’s just fun enough (and free), I included it on this list. Stupid Raisins has plenty of other free plugins to use, so be sure to go check out their site for even more free items.

If you’re looking for a giant suite of free Final Cut plugins, look no further than Alex 4D and his giant library of free plugins. Big thanks to Alex Gollner, from Alex4D.com, for making his Final Cut Pro X plugins available to all video editors! Make sure to visit the site for more plugins. 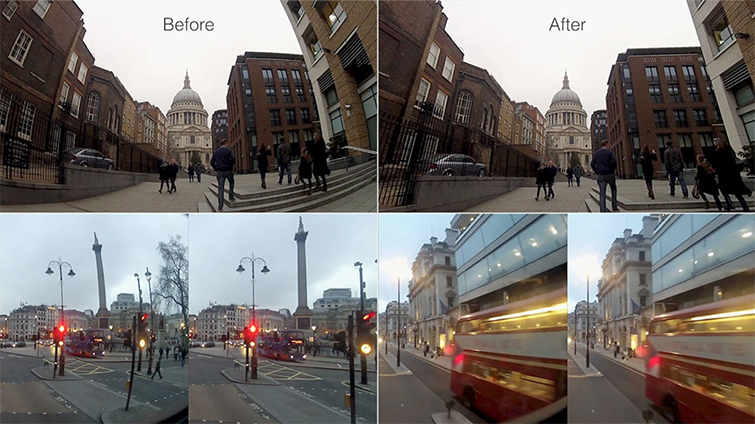 If you shot on a GoPro, or used a fisheye lens to capture a shot, you might see some warping at the edge of your frame, due to the wide angle of the lens. This type of warp can be jarring when you’re pairing it with shots captured on deeper lenses, so the Wide Angle Fix plugin de-warps the footage to make it appear more flat. 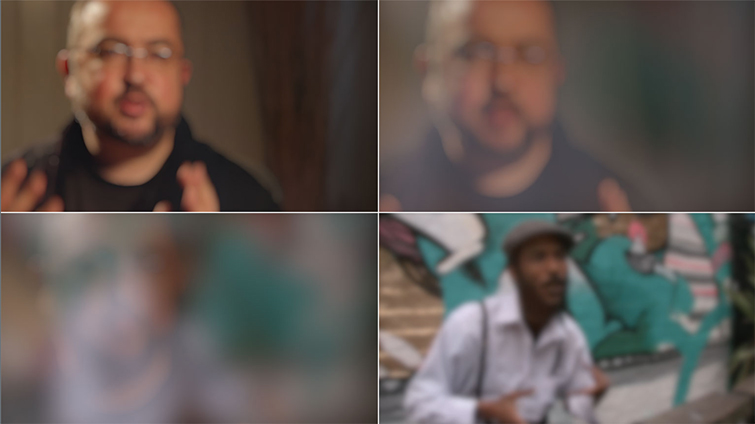 The Pull Focus plugin creates a blur transfer to layer into your clip.

If you don’t have the time to capture a pull focus shot on set due to time constraints, doing it digitally can sometimes suffice — if you need it to ramp into a new clip. Instead of having to keyframe the blur tool, the Pull Focus plugin automatically creates a blur transition that you can easily layer into your clip. 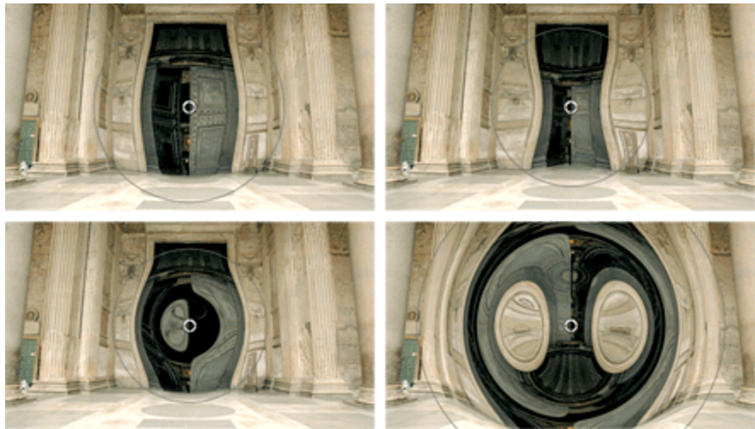 Create distortion effects by adding an inward or outward bulge to your image.

These are actually four unique effects to warp your video image. Modify the distortion by adjusting parameters in Final Cut Pro X. 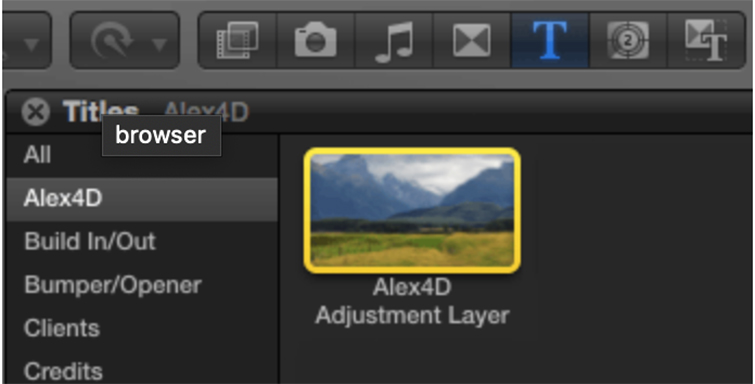 Anyone accustomed to using After Effects or Photoshop may be surprised there’s not an adjustment layer feature also built into FCPX. This plugin attempts to change that by using a title generator to mimic an adjustment layer. Apply the adjustment effect to the top layer in your timeline, and any changes you make to it will affect all of the layers below. Change the scale, position, add effects, fade in and out — there are tons of possibilities. 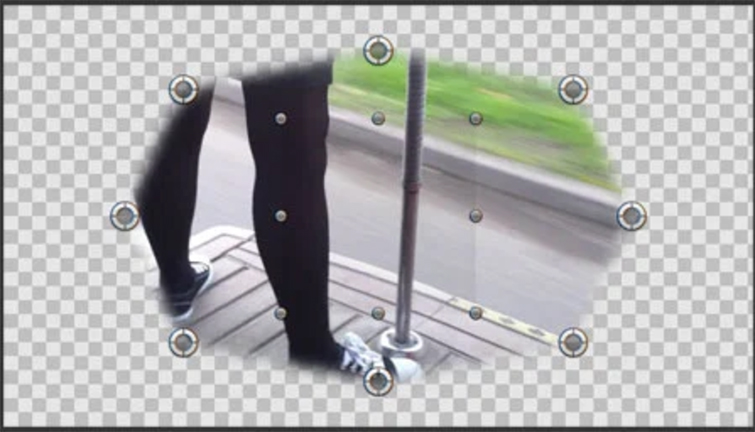 Stack duplicate clips on top of each other with a keyframe mask.

Want to keyframe your masks in FCPX? You won’t want to be without this extremely handy plugin. Add a four-, eight-, or sixteen-point mask to your footage and keyframe a mask to scale, reposition, or rotate over time. Stack duplicate clips on top of each another, and use the mask to create color effects, blur a specific part of the video image, or add a vignette.

Get more control over your Final Cut Pro X keyframing. The free FCPX Curves plugin allows you to change the values between two keyframes of any element in your timeline. Adjust the position, rotation, trim and scale — and define the order of these adjustments. This handy plugin seems especially useful for creating custom transitions. 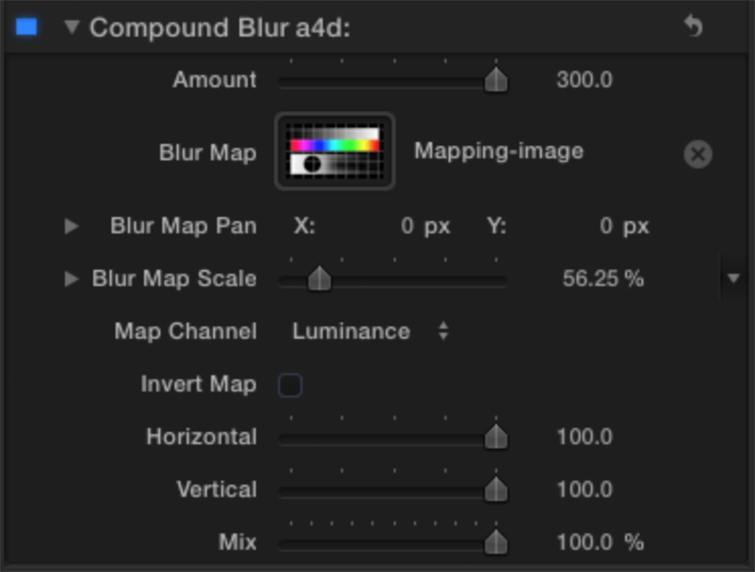 This may not be the most versatile plugin on the list, but it’s certainly the most fun! Alex says he created this title effect based off of the computers in Alien (1979). It’s a cool text effect for giving your project a sci-fi or retro-futurism vibe. See it in action in the video above.

Now, of course, you know we gotta mention Shutterstock in this list, but for good reason. This plugin is incredible for sourcing royalty-free footage and images for your project, without even having to leave the application. Instead of going to the site to download a preview clip, you can just drop in the stock footage directly into your timeline and send it to your client for preview from there. When you’re ready to license your clip, simply buy the clip within the plugin, and your timeline footage will automatically appear without the watermark.

How to Install Final Cut Plugins

When you download a plugin, you need to do some creative filing to get it to appear in your application. Bring your file into the Final Cut Motion Templates file in the “Movies” base folder, then add “Localized” to the end of the motion templates folder name. Some plugins use different ways to install themselves into FCPX, so make sure to read the instructions on the site before installing or modifying anything.

This post was originally published on May 30, 2012. We’ve updated it to reflect changes in the industry.

Looking for more on Final Cut Pro X? Check out these articles.