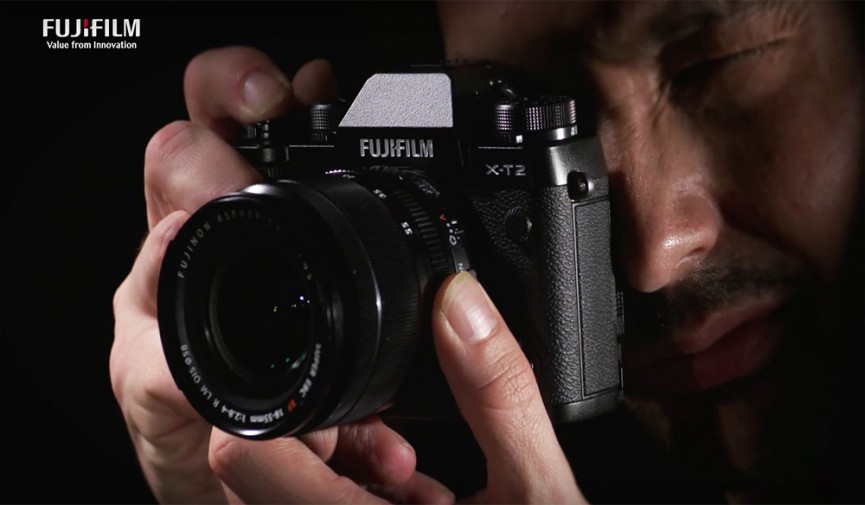 Starting at $1,600, Fujifilm’s versatile new mirrorless camera surpasses the previous X-T1 with more megapixels, 4K recording capability, improved AF, and the X Processor Pro. The camera’s sensor has a native sensitivity range of ISO 200-12800 that can be bumped up to 51200.

The X-T2 uses a 24.3MP APS-C X-Trans CMOS III sensor adding eight megapixels to the X-T1’s 16.3 MP sensor. This improvement in image quality in photography and video is a huge step up with the high ISO sensitivity, low noise level, and new sensor.

The body of the camera is bigger and has a better grip, plus raised dials that help photographers handle the camera in a more comfortable fashion. On top of the accessible handling, the camera is housed in a weather-sealed body, keeping the elements at bay on your next shoot.

The X-T2 also has built-in Wi-Fi, cutting down the process of uploading pictures to your phone, Instagram, and Facebook. With yesterday’s announcement, Fujifilm released a short film made entirely on the X-T2, including a behind-the-scenes look at how the film was made.

As far as AF goes, the camera’s detection area has grown by 230% with up to 325 focus points. Eye detection and face detection are among the new AF features, automatically distinguishing facial features to improve focus capability. 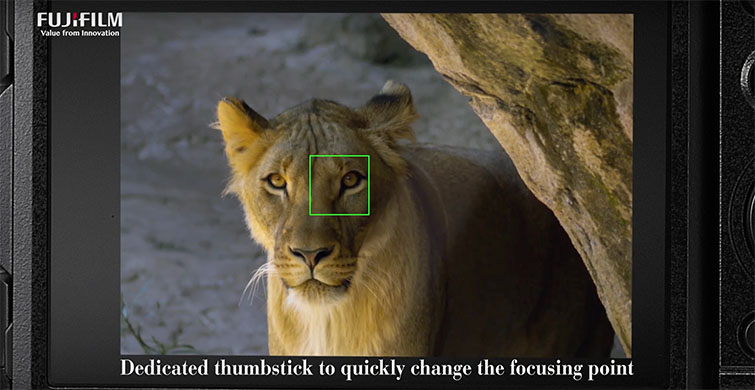 The cameras “joystick” can change the focus area by moving left, right, up, down and diagonally covering a wide area of focus after establishing your image. 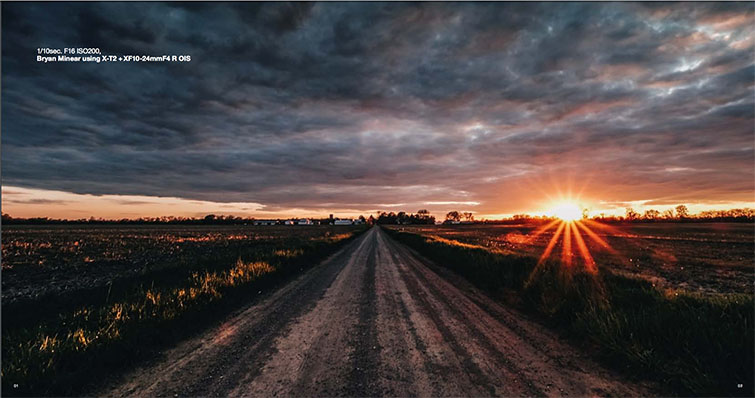 The X-T2’s improved viewfinder has a 0.77x magnification ratio:

The 2.36-million-dot high-resolution organic EL electronic viewfinder has a magnification ratio of 0.77x, a horizontal viewing angle of 31 degrees, and a display time lag of just 0.005 seconds. The viewfinder, which is 2 times brighter than the previous model, also features an automatic brightness adjustment function so it’s easy to see in all conditions – even intense backlighting. It completely eliminates moiré or false colors, and boasts performance comparable to an optical viewfinder, but with the added advantage of displaying a live view that reflects exposure settings. — Fujifilm

Another small change to the body comes from the rear LCD screen that can now swivel out to the right instead of only up and down like the X-T1. This could be beneficial when attempting to shoot difficult angles.

Got any thoughts on Fujifilm’s new X-T2? Share them in the comments below.