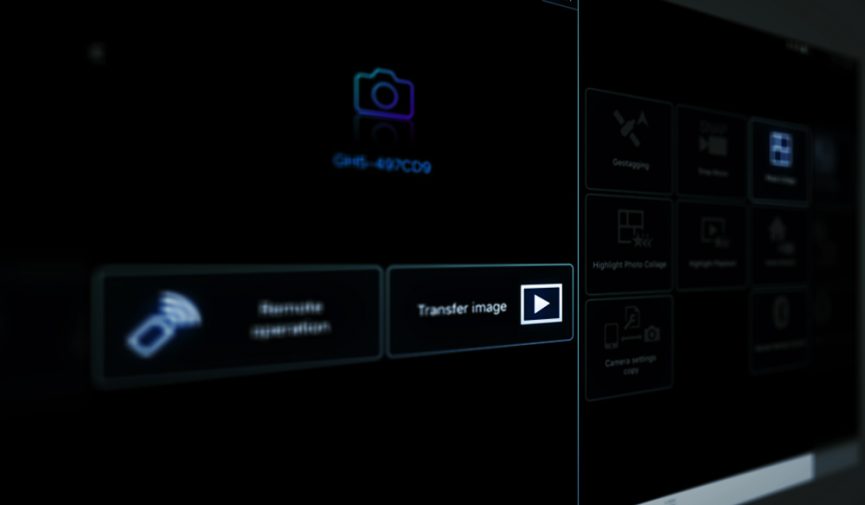 Low-budget or DIY filmmaking can leave you a few hands short of your ideal setup. The GH5’s companion app solves the problem.

Companion apps are often pointless additions to make it feel like you’re getting more for your equipment-purchasing money. They rarely offer any new features other than a visual representation of the user information found inside the hardware. Using the Xbox One app, for example, allows you to look at your friends list and what video game achievements you have unlocked — and to message your friends. However, that’s everything you can do with the hardware itself, and let’s be honest: if you’re going to message your friend, it’s not going to be through an Xbox iPhone app.

Even when companion apps offer some functionality with the hardware or software, they work sporadically. I have an app that turns my iPhone into a remote control for my PC, which was an add-on for Blu-Ray software. By the time this app finally connects to the software so I can lower the volume, I could’ve just gotten up and turned it down myself. It’s only when you have to pay for an app that you start to see premium results.

Therefore, two years ago when I found out that the GH4, along with many of Panasonic’s GH series had a complimentary app you could download for free, I was somewhat skeptical of its usefulness. Thankfully, I could not have been more wrong.

Using the GH5, let’s have a look at how useful Panasonic’s Image App is.

If you haven’t downloaded the app, you can do so from your phone manufacturer’s App Store (Apple/Android). Once you’ve downloaded it, grab your GH5 and follow these steps.

As a side note, if you’re slightly paranoid about open connections, you can set a password for the GH5’s wireless signal in the Wi-Fi Setup menu. 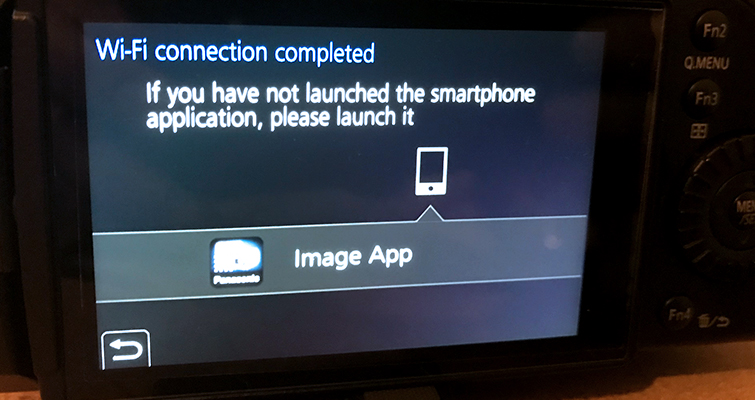 On the surface, the app looks like it’s mainly for social photographers. You can transfer images, make a photo collage, geotag your photographs, and more.

However, we’re going to ignore these features for now since we want to know how the app can help filmmakers. To do this, we need to switch to the Live Control window.

This part of the app is incredibly useful for self-shooters, vloggers, and filmmakers who work with skeleton crews. As you can see from the Live Control still below, you now have a portable monitor through which you can control all aspects of your camera. 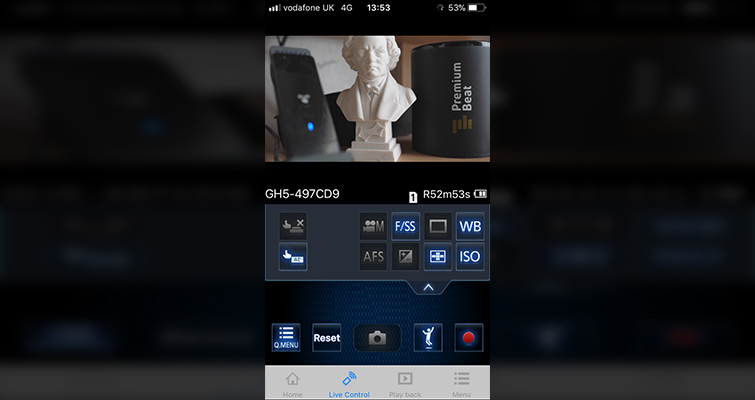 You’re not going to receive a 1080p video feed, but you do now have a mini monitor for frame reference. If you’re a vlogger, sometimes it can become tedious to use the small swivel LCD screen to frame your shot — especially if you’re sitting far away from the camera, but not with this app. There’s even a setting that can assist those who vlog.

In the menu setting, you can turn on Self Shot Mode, which will horizontally flip the feed, so when you move your hand from right to left, it appears the same way on the app to keep you from becoming disoriented when checking your composition.

The app allows you to adjust the majority of the settings related to recording in video mode (these settings will change depending on which camera mode you are in). From shutter speed to white balance, settings changes no longer require you to touch the camera.

The range of the camera’s wireless signal is also great. I was able to walk 26ft away from the camera before I lost the signal — and that was upstairs to downstairs. I can only imagine how useful this would be for shots when the camera needs to be inside something, like a fridge.

In this example, if you find that when the actor opens the fridge door, you want a shallower depth of field, you can simply hit the F/SS button and change your aperture. There’s no need to remove the camera from its location to reset the shot. You can even change the settings while the camera is in record mode. This allows you to perform a rack aperture. 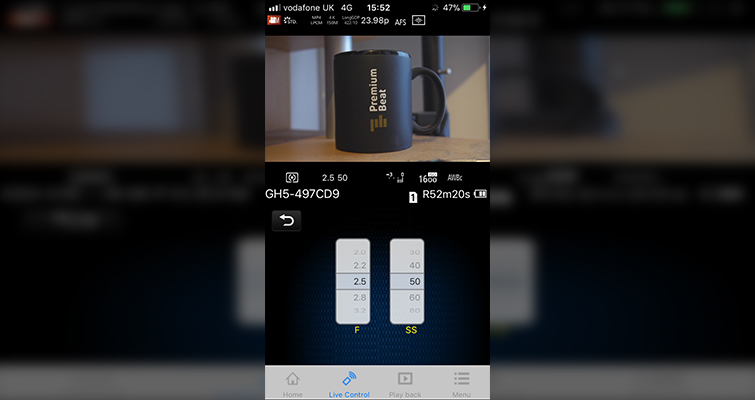 One area where the app becomes troublesome is changing the focus. As with my computer playback app, by the time you have picked a focus point and gotten the camera to focus on it correctly, it would have been quicker to walk back over to the camera and adjust the focus yourself.

Likewise, the playback function is slightly temperamental. When you attempt to press play, you get a pop-up warning: Depending on your smartphone or tablet model, normal playback may not be possible. It feels like this warning is there simply because playback is incredibly sporadic — rather than it being an issue with a user’s device. The file will either play or it won’t, and when a file does play, the playback can be choppy. This was with both an iPhone 7 and an iPad Air 2.

As a final note, when comparing the image from the LCD to the feed on the app, the colors on the image from the app were a little washed out. Therefore you should only use the app as a reference tool. Otherwise, you’ll find your shots to be a lot darker than you intended.

While there are a few obsolete elements in the app (from a filmmaker’s perspective), I do think the app has earned a place on your phone or tablet. There are many tools for low-budget and DIY filmmaking — even more for photographers. It’s a perfect tool for filmmakers looking for an extra hand.

Looking for more information on the GH5? Check out these links.