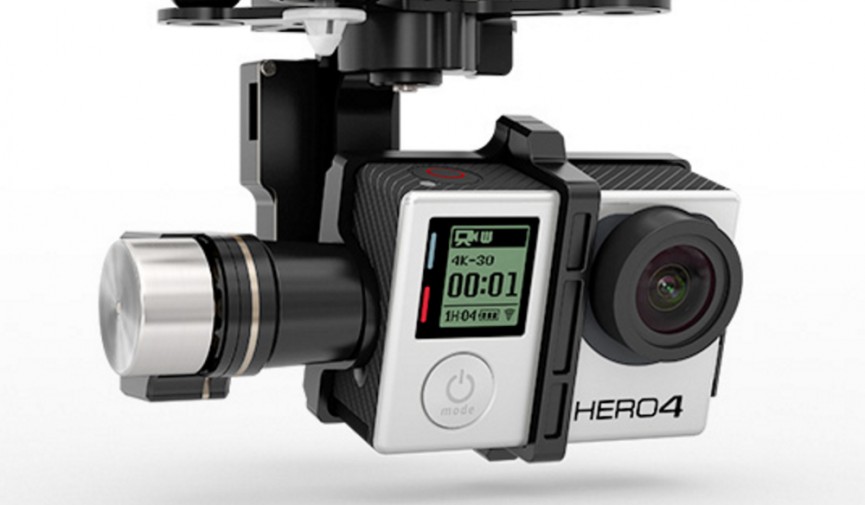 The first footage from the new GoPro Drone is devastatingly disappointing. With plummeting stock, GoPro seems to have gone from Hero to zero.

GoPro first announced that they were building their own drone at the 2015 CES show. Now, we are finally getting a look at the footage. No announcement on the look of the drone itself, other than the fact that it is a quadcopter.

GoPro announced plans to release a quadcopter in the first half of 2016. The featured video was captured with a developmental prototype of GoPro’s quadcopter and stabilization system. No post-production stabilization was implemented; this is an example of the incredible image quality we are already able to capture at this advanced prototype stage. – GoPro

Based on the intro of the video, it appears this was shot with a GoPro Hero4.

Initial thoughts: I’m not sure why GoPro didn’t make a new camera specifically for the drone. The footage is way too fish-eyed for serious professional use. The market is currently flooded with third-party apps that try to remove the fish-eyed look of a GoPro. The company itself has a page detailing how to remove the distortion. Think about how little sense that makes. Why still have so much distortion when it’s obviously an issue?

Now the drone footage does mention that no post-production stabilization was used, but it also looks like the aircraft barely travelled. It’s easy to pull off stable footage if there is no wind and the aircraft is barely moving.

It’s apparent that the goal is to allow users to attach their current generation GoPro cameras, which does make sense in a consumer market. But that’s all this thing has to offer. From the footage alone, this barely competes with the drones being targeted to children for the holiday season. The GoPro drone doesn’t look to be anything more than an entry level aircraft.

Is this the aircraft they expect to compete with the likes of DJI, Freefly Systems, and 3DR? Sure the 3DR Solo smart drone uses a GoPro, but everyone else has moved on. Even DJI introduced a new Micro 4/3 mount camera for the Inspire 1.

The release of this GoPro drone footage comes out after GoPro admitted their 2015 Q3 earnings and revenues missed expectations. GoPro Chief Executive Nick Woodman admitted they made mistakes with the launch of its Hero4 Session camera. (I was very disappointed with the Hero4 Session too.)

If Session had been stronger out of the gates, if we hadn’t mispriced it, and if we had backed it up with the marketing it deserved, I think we would have had a very different earnings call yesterday. – Nick Woodman tells CNBC

The Hero4 Session was originally released for $399.99, and the price was dropped $100 two months after launch.

Right before sitting down to write this piece, a GoPro commercial played on the television. We see a young child sledding downhill in the snow. The goal of the ad is to get you to buy a new GoPro for Christmas. Want to know the problem? They played this exact same commercial last year.

As I watched, I really had to take note that GoPro cameras are no longer for professional users. Sure, we can use them when the need arrives, but GoPro is now focused on the consumer market. For better or worse, that is the path they have decided to take.

What are your thoughts on the footage? Let us know in the comments below.