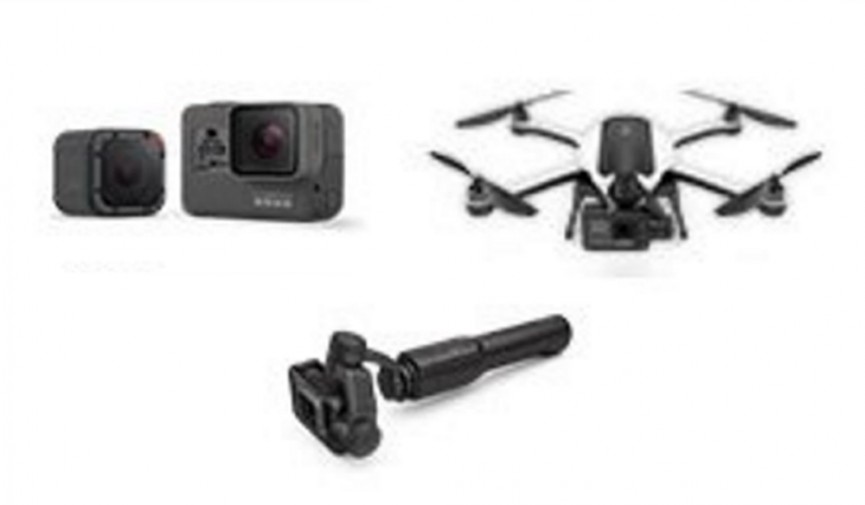 A first look at the GoPro Karma, the new Hero5 action camera, and a handheld stabilizer.

GoPro recently teased a September 19th announcement of their very secretive Karma drone. Take a look at the teaser here.

Up until this point, we haven’t had any idea about the look or size of the drone. GoPro even went through the lengths of digitally removing the Karma drone from a previous teaser video. Now that we have entered the era of commercialized drone footage, GoPro was quick to bring their anticipated Karma drone back into the headlines.

The Verge reported that “GoPro might have accidentally given us our first look at its Karma drone” with an early update to the company’s Italian website. Konrad Iturbe snagged the following photo and posted it to Twitter.

As far as specs for the Karma drone, little is still known. More will be revealed come September 19th.

This isn’t the first leak for GoPro, as the company also accidentally released a manual and tutorial video for the Hero5 back in August. Coincidentally, a quick video that was uploaded to Vimeo also came from Konrad Iturbe.

The Hero5 ditches the front power and menu button for a touchscreen rear display. It is reportedly waterproof right out of the box, not requiring any additional housing. The Hero5 will also supposedly have voice control, GPS, and updated image stabilization for all resolutions under 60fps — except 4K.

In addition to these specs, GoPro will also announce their new cloud service — GoPro Plus. The service would allow users to upload footage automatically from virtually anywhere.

Finally, the above mentioned leaked image gives a glance at GoPro’s own handheld stabilizer. One that will compete with hundreds of third-party stabilizers designed for action cameras. DJI has done the same with the Osmo, recently adding a mobile phone adapter. GoPro’s stabilizer doesn’t seem to be anything revolutionary from the photo, but it’s a smart move for GoPro to enter this market — though they should have done so years before.