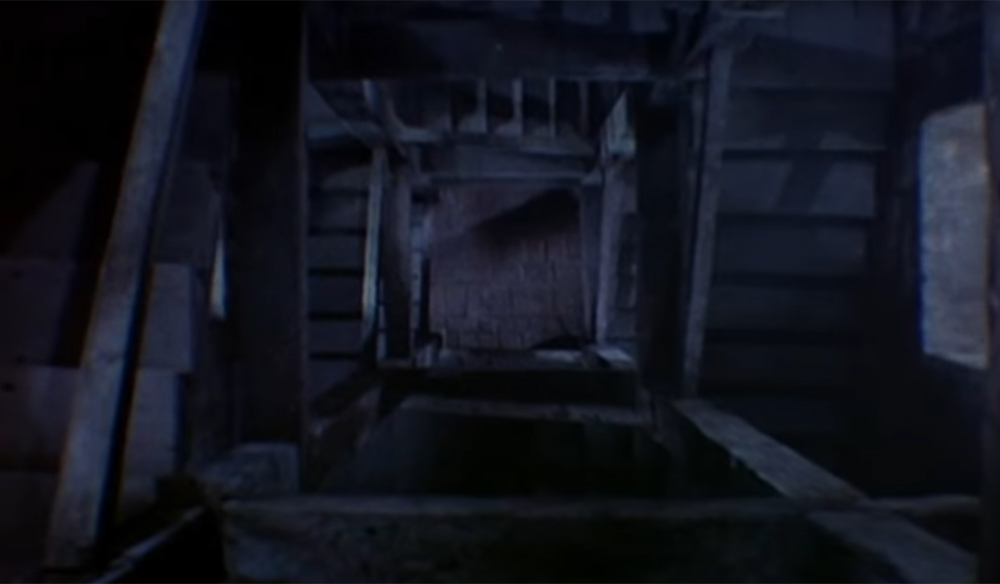 The Hitchcock shot is a tricky maneuver, but its results are powerful. So what are the secrets behind this famous filmmaking technique?

The Hitchcock Shot (technically the Dolly Zoom), originated in Vertigo. It was the culmination of smoother zoom lens technology and the creativity of Hitchcock and his second unit DP Irmin Roberts. It’s tricky to pull off, even with the right equipment, but the visual and psychological effect are well worth the effort.

So how does this shot work, and what makes it so powerful?

The Hitchcock Shot is simultaneously zooming in while dollying out — or the other way around, while focusing on a single point in space. Imagine you’re looking through an archway. The further from the archway you are, the less of the world beyond it you can see. If you were to look through a telescope, the archway would look closer in your eye, but you would still see the same amount of the world beyond it as before. However, if you physically move yourself towards the archway you are able to progressively see more of the outside world. 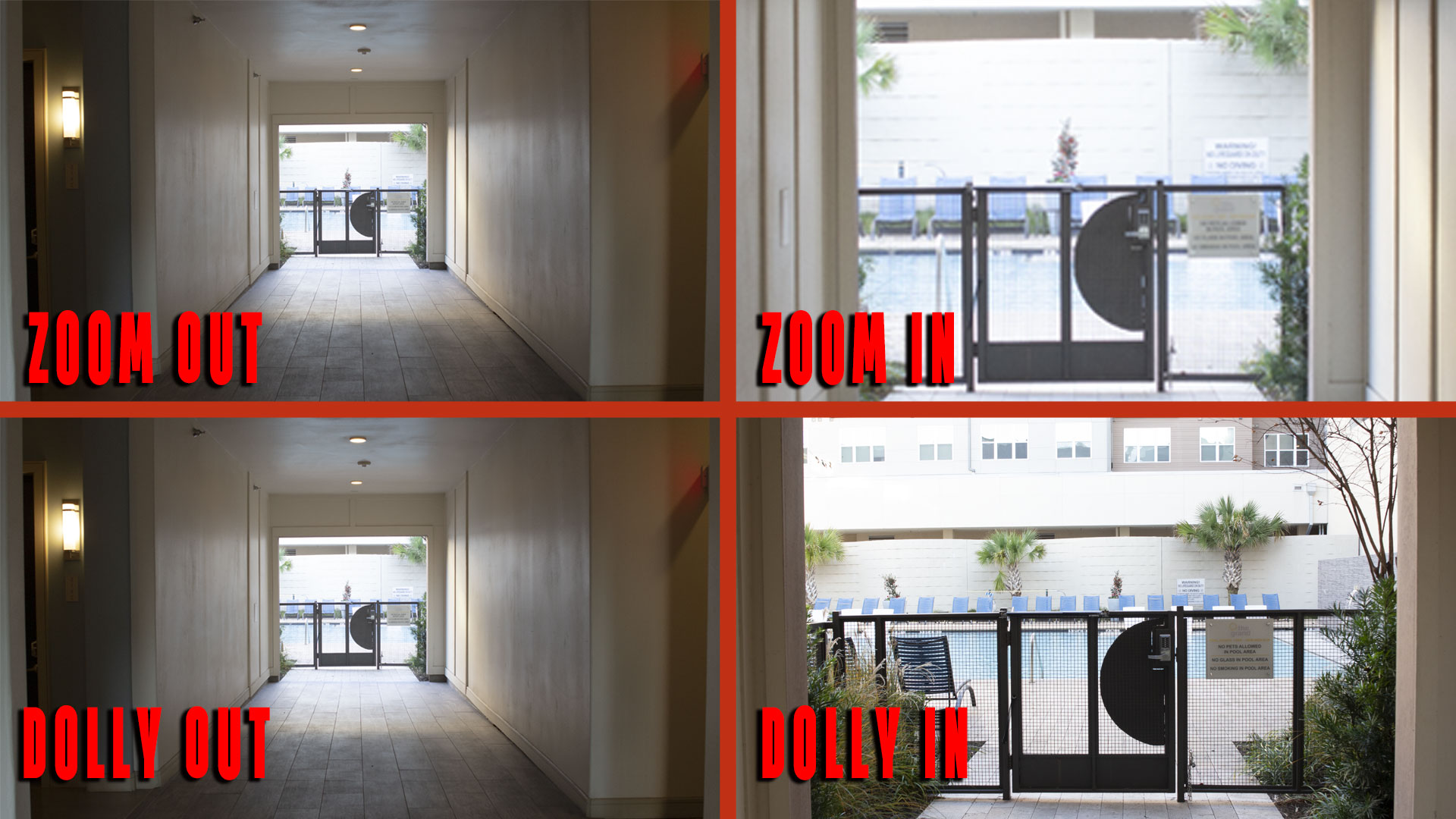 Take note of the image above. The final position of both the zoom-out and dolly-out are the same. However, the zoom-in merely magnifies the images whereas the dolly-in creates perspective distortion, allowing us to see more of the world beyond the archway. We see this illustrated by the different number of pool chairs you can see between the two shots.

The Hitchcock Shot opposes these two principles. If we make the archway our focus and dolly in as we zoom out we create an effect that leaves the archway the same size in the frame (the opposing techniques nullify the focal point’s visual movement), but the outside appears as if it’s moving closer because of the change in perspective, thus creating the visual illusion (look between the zoom-in and dolly-in images).

To pull this effect off, you need a smooth dolly track (a slider can work, but it limits your range of movement as the slider is likely to appear in the shot) and a fast zoom lens (you don’t want the F-stop moving up or down as you zoom in or out). The zoom lens is best accompanied by servo zoom gear for precise and consistent control and a follow focus to keep your subject crisp and clear. Gear aside, it requires practicing your movement and timing.

Power of the Shot

When we dolly out and zoom in, we create the illusion that the world is closing in around us. You can use this for several kinds of visual metaphors, such as paranoia or impending danger (something unseen creeping up on the viewer or the subject in the frame).

We see this effect put to good use in The Fellowship of the Ring.

Once the hobbits get off the road, Frodo becomes uneasy as he senses something unnatural and horrifying approaching. He’s yet to hear of the Nazgûl or their purpose, but even before he can hear or see one, he can feel its hellish presence closing in. The Hitchcock shot here visually emphasizes this unnatural feeling by portraying it visually through the shot’s uncanny manipulation of space.

When we dolly in and zoom out, we create the reverse effect: the world pushing away from us. Visually, this can illustrate feelings of isolation, or in the case of Steven Spielberg’s Poltergeist, the feeling that one’s destination or goal is perpetually out of reach.

We are comfortable with zooming or dollying independently, as they mimic natural movements and changes of perspective. Combined, though, they create an unnatural manipulation of space, and that catches our attention. Even if the audience doesn’t recognize why the shot makes them feel uncomfortable, it naturally will.

Of course, you can use the Hitchcock Shot for many other purposes. Check out this awesome compilation of dolly zooms over the years, starting with Hitchcock’s first use in Vertigo.

You can pull this technique off on a low budget, but it can be quite tricky. At minimum, you need at least a decent zoom lens and some stable gear to move the camera. You can even pull off a simple version of it with your smartphone, but it won’t really be Hollywood quality.

Practice the technique, and see if you can incorporate it into your next project to emphasize the character’s sense of paranoia or isolation — or any other emotion you think you can use it to convey. The beauty of Hitchcock’s Dolly Zoom is that it will definitely catch your audience’s eye.

And if capturing the illusion in-camera simply isn’t an option, here’s how to pull off the trick in post-production:

Looking for more filmmaking and video production tips and tricks? Check these out.