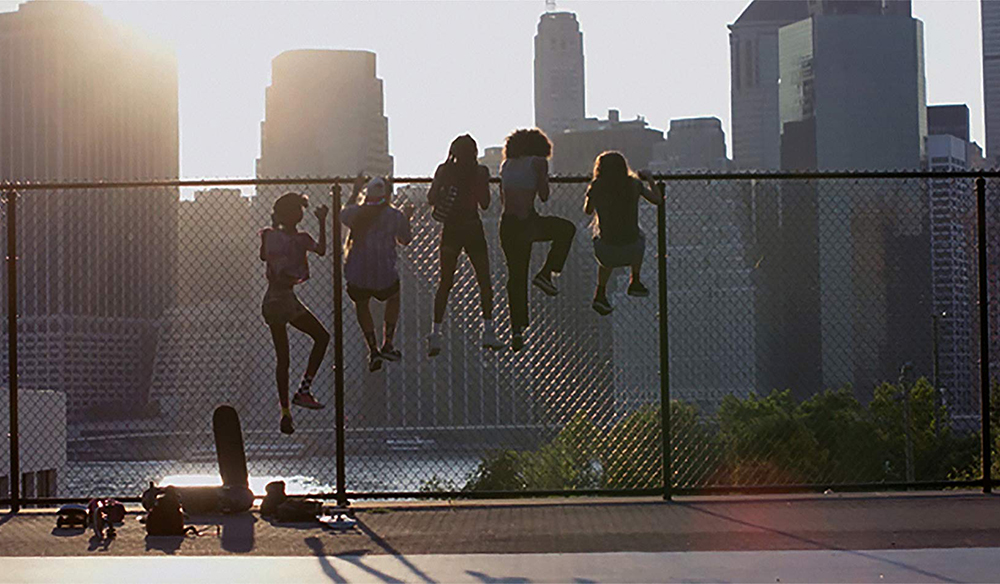 Promotion Tips: How to Get Standout Press For Your Film

Need to find promotion for your latest film project? Let’s take a look at the kinds of opportunities you should be exploring.

Even imaginative, timely film promotion strategies fail to get the most compelling independent films the attention they deserve. Some artists start to feel like there’s no point in reaching out to editorial outlets. Others lose money paying PR reps who aren’t connected to audiences. There are journalists who will prioritize groundbreaking new work. The key is to find them and stop chasing the others.

Just like filmmakers chase resources for the kinds of projects they want to do, critics and journalists are steadily pursuing the same. Full-time jobs doing meaningful work in arts journalism with either curatorial power or the freedom to write what you want are extremely rare. So, most arts writers working today have turned to the freelance game. The good news: you can find a writer who gets what you’re doing. The challenge: these writers must convince their editors your story is worth their time and money. I’ve generated ten ideas for every piece that gets the go-ahead. Sounds familiar, yes?

I wanted to learn more about how pitching a story compares to pitching a film, so I went to IFP Week this year as a volunteer in exchange for a membership. I found the working title of a film can make or break the energy in a meeting with investors. It’s the same way with a suggested headline. 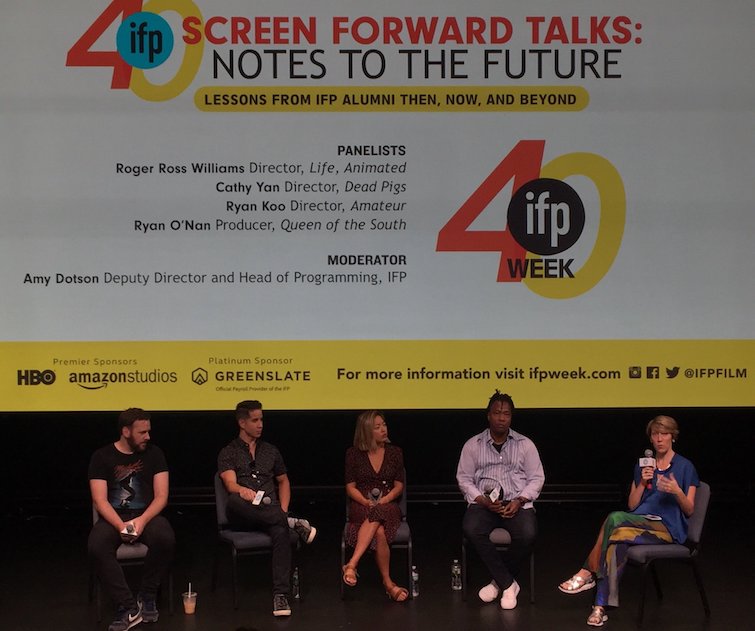 Filmmakers who spoke at IFP week this year emphasized how long it takes to feel established. (Photo by Lyndsay Knecht.)

NPR leadership teaches radio writers and producers to condense their pitches into three sentences max. The energy and command of brevity required for effective materials is close kin to the kind writers need to convince editors a film is worth covering. Watching directors and producers at pitch meetings, radiating enthusiasm for their projects and making eye contact as if to drink gently from the soul of the potential funder, I thought, This is what long-game devotion looks like. It made me appreciate the projects I’d written about more than ever. And it made me want to help filmmakers get a better return for their work.

Below is some advice for making sure your film reaches people who will connect deeply with your work and keep tabs on you in the future. Consider it a love letter to features and shorts by emerging filmmakers I, and movie lovers like me, missed in a deluge of emails and festival announcements made too late.

1. For new filmmakers looking for coverage from their hometown paper/station/alt-weekly, remember that local outlets most often still key previews and reviews of events their readership can and would attend. Online releases find their best homes on film blogs and topical outlets that aren’t constrained to physical geography.

2. Never, ever reach out to a publication, podcast, or video series without reading it, listening to it, or watching it first — or email a writer without having read their work. This wastes time for both sender and recipient. People do it very often — both freelance writers and artists hoping for coverage. 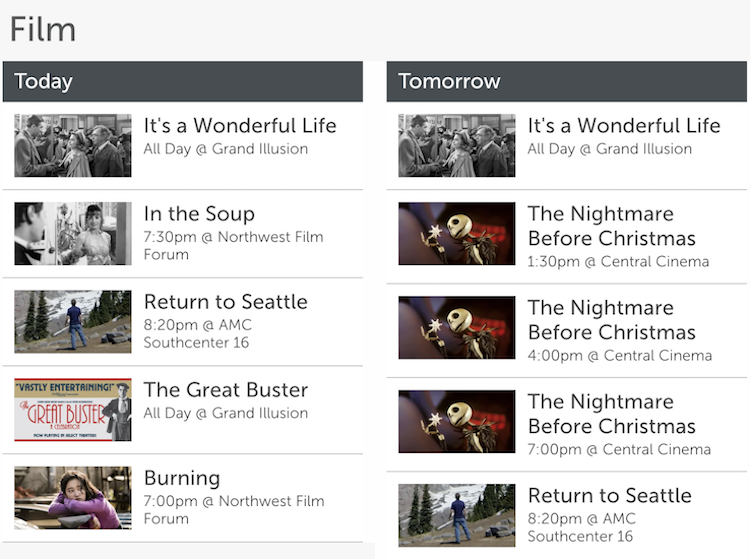 Get Your Screening Listed on Events Calendars a Month in Advance

This is the quickest, simplest way to fill seats. Events listings reach more people than any other type of arts content local outlets offer. Many publications and radio stations have open-source calendars that allow you to submit the information yourself. Seattle Weekly has one; Art&Seek in Dallas, too.

Maybe you’ve had success with Facebook events thus far. Are calendar listings redundant, then? When I spent long hours compiling events at my last job, it sure felt that way. Then I took a Facebook break.

Editors and writers often use their publication’s events calendar as an internal guide for coverage. A producer at a radio station I know would choose events directly from their calendar to spotlight every day on air. It’s an open-source calendar. So, essentially, artists put their screenings on the radio themselves! Publications synchronize content across channels to save time. It all begins with those paragraph-long descriptions, dates, and locations in the listings. Be ready with stills to upload. 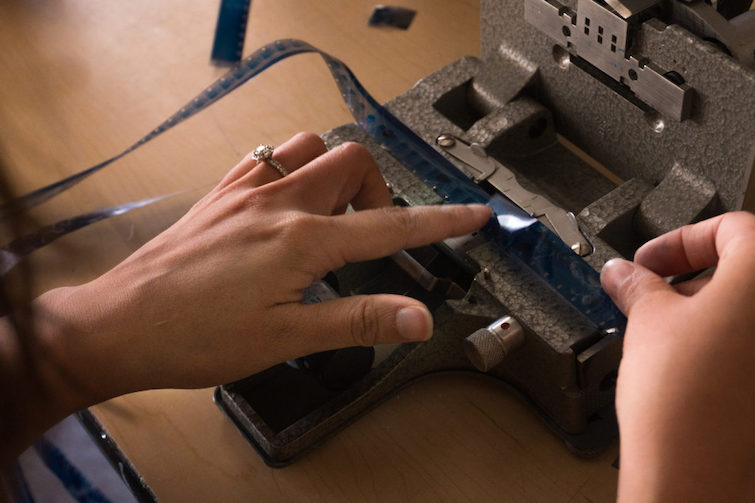 Blogs about process — like this blog! — may be a good entry point. (Photo by Lyndsay Knecht.)

Do you have a big-name producer on your project? Search for stories about their work, and find contact information for the writers of those stories. Is a social issue at the heart of your documentary? Find a radio reporter or podcaster who regularly covers the same issue, and link them up with one of your subjects for a Q&A. Do you have an original soundtrack by a compelling new artist? Sleuth their upcoming tour dates, and reach out to music writers in those cities to pitch a story about the film score that could be an angle for a preview of the band’s show. Did you use a particular analog process in making your experimental film? Find blogs that are interested in process-driven pieces or videos, and reach out about a feature.

Organize the names of these writers, the publications they write for, and their email addresses and/or phone numbers in a spreadsheet. Update with notes after you make contact.

Good writers and editors want fine angles. Engaging those angles and matching them with writers or editors requires research, but it’s the kind of work that feeds possibilities for you as a filmmaker. Every casting or scoring decision you make could be the reason someone takes notice. The process of thinking through how to promote your work could produce ideas for your next movie. It’s a loop that makes all parties better. 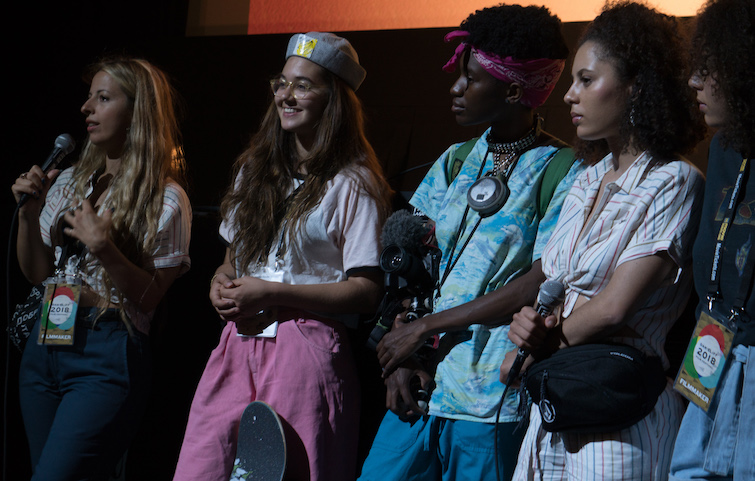 Recent successful films like Skate Kitchen became widely known after the cast showed up in person to festival screenings and held skateboarding sessions in many cities. (Photo by Lyndsay Knecht.)

If A24 hasn’t just picked your film for distribution, there are better ways to spend your time than drafting the kind of formal news release that crowds inboxes, never to be read. In my experience, two factors get writers to a screening of work by an unknown filmmaker: compelling images and recommendations from artists or writers whose work they admire. Often, a mentor or colleague of the director will invite me in earnest, and I’ll change my plans to go to a screening. Established artists in your corner have a lot of sway.

Here are three things to try instead of dry announcement emails:

Don’t Assume That No Write-Up Means No Interest

Holistic promotion is about building relationships with audiences. Those audiences will naturally draw writers who connect with your work. Or, even better, smart people will find inspiration in your films and start writing. There are many reasons — timing and resources chief among them — why the first attempt might not take. Just don’t fall into the habit of hitting up the same writers again and again. Think of journalists as part of your audience, and you’ll find yourself getting around the gatekeepers if your project is strong.