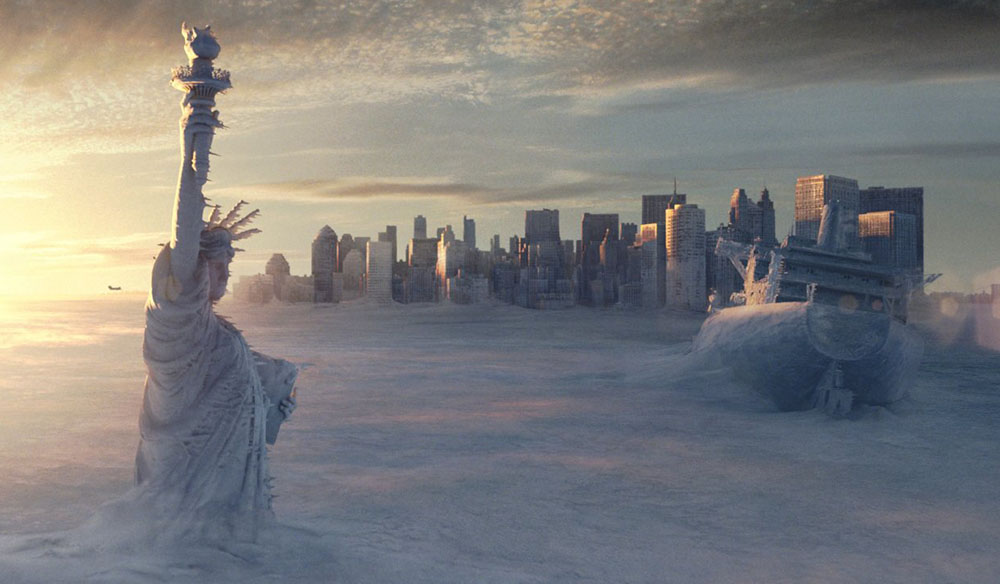 San Andreas proves that the blockbuster tradition of urban destruction is alive and well. Check out these classic scenes from big-budget disaster movies!

It’s the summer blockbuster season, and that can only mean one thing: At least one major metropolitan area is going to end up in rubble before autumn arrives. This year’s bringer of big city disaster is San Andreas and the film’s release spells bad news for the California coast. Of course, as most of the clips below will show, the folks of the Golden State have dealt with this kind of thing before.

Since we all know that nobody is watching these movies for the rich character development, we’ve just singled out “the good parts” for your enjoyment. And if you’ve ever wanted to create your own apocalypse from the comfort of your home, we’ve thrown in some appropriate video tutorials that will allow you to do just that.

Though some would argue that the biggest disaster in Armageddon is the “animal cracker scene” between Liv Tyler and Ben Affleck, there are still plenty of other big booms to found in the 1998 megahit.

I want to live in a world where Morgan Freeman is president and Frodo rides a motorcycle, even if that world does have to get hit by a comet.

The Cold War was a simpler time. Before global warming, terrorist attacks, and zombie plagues, all we had to worry about was good ol’ fashioned nuclear annihilation. The made-for-TV classic The Day After was so effective in its depiction of nuclear war that it famously depressed Ronald Reagan and made him rethink nuclear proliferation. He wrote about it in his diary!

4. The Day After Tomorrow

Roland Emmerich loves to destroy the world. In The Day After Tomorrow, Emmerich forces Dennis Quaid and Jake Gyllenhaal to face every single dangerous weather phenomenon that’s ever existed — ice, floods, tornados — pretty much all at once.

Speaking of tornados, even though the destruction in Twister is a little less widespread, the film still helped usher in the golden age of big screen disaster flicks – Also known as the 90s.

About creating this effect, Mirol’a said, “small tornado i created in 3Ds Max 2011 and FumeFX. Compositing in After Effects CS5.5 with some footage from Action Essentials 2 and my own stock footage.”

In this 2009 crypto-techno-supernatural thriller, Alex Proyas directed Nicolas Cage in a plot about time capsules and past and future natural disasters and then some aliens show up… Admittedly, I’m a little unclear on the specifics. But Knowing does have a couple of fantastic scenes of large-scale destruction!

After Effects wizard Andrew Kramer created this helpful video tutorial that explains how to composite destruction effects into live-action footage.

Here are a few more clip collections that we’ve rounded up in the recent past:

What’s your favorite end-of-the-world movie? Hasn’t the Statue of Liberty been through enough? Let’s talk about it in the comments below!