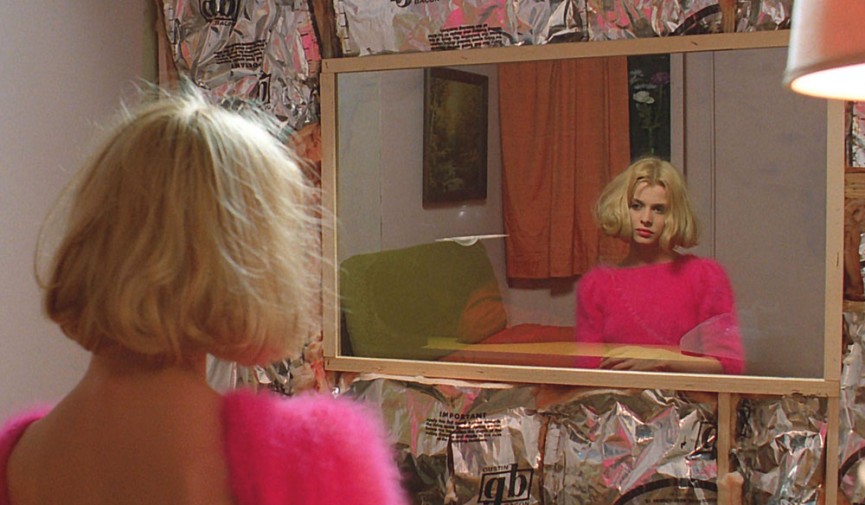 How to Craft a Cinematic Frame Within a Frame

A well-composed frame within a frame can fracture screen space, add depth, and create visual interest in your cinematic compositions.

Geometry and Blocking a Frame Within a Frame

A striking composition is all about geometry and the arrangement of the subjects, objects, and locations within your frame. An early step in setting up a cinematic frame within a frame is a keen awareness and organization of the physical elements with which you will be working. Thankfully, many of the frame within a frame elements that you can employ may already be available at the location. These include anything that breaks your frame into smaller sections: mirrors, windows, doors, trees, and power lines.

It is a good rule of thumb to work under the assumption that whatever you include within a frame will be viewed as an intentional stylistic choice when it’s time to show your work to an audience. For this reason, storyboarding and pre-production are crucial in planning out effective ways for you to divide your frame during production. 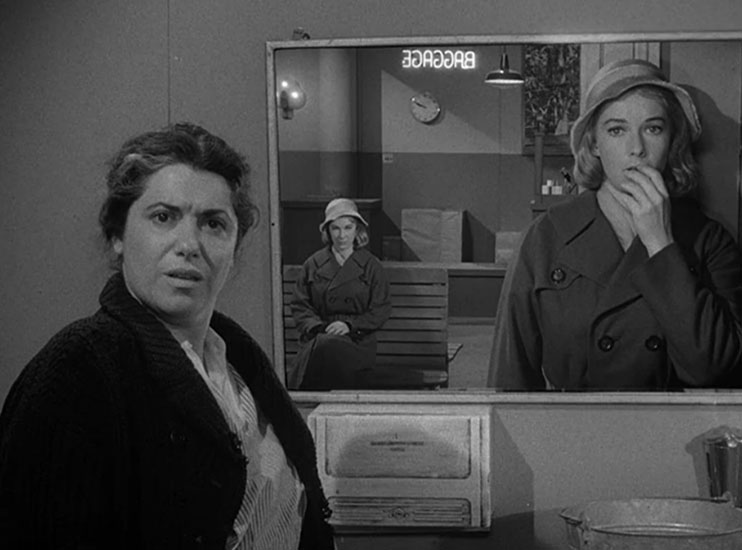 The cinematic frame within a frame is achieved by understanding the importance of the Z-axis when composing your shot. This breaks down to a consideration of the foreground, mid-ground, and background in each and every shot that you intend to capture. Think of your Z-axis as a hallway that moves away from you in space, kind of like the creepy hallways in Stanley Kubrick’s The Shining: 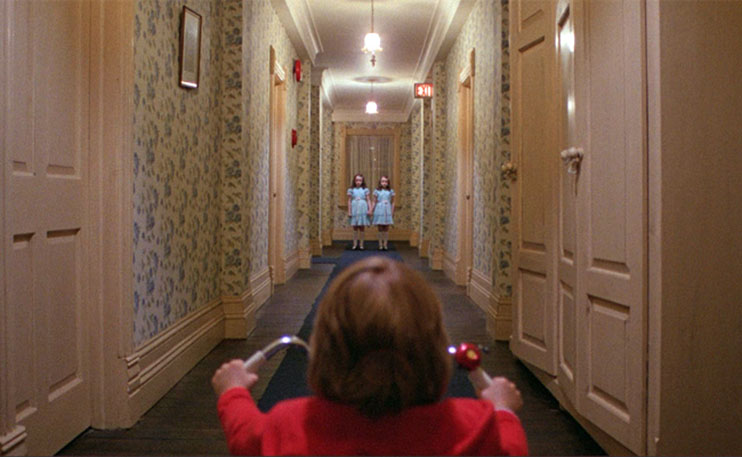 The Shining via Warner

In the above image from The Shining, the foreground figure is framed within the carpeted floor of the hallway. The two girls up the hall are framed both within the hallway walls and within the window frame behind them. It’s important to understand that the cinematic frame within a frame happens constantly in motion pictures, but the power and usefulness of the device arises when it is used purposefully.

A cinematic frame within a frame is not limited to a rectangular shape. Any shape or form may be used as a secondary framing device within your shot as long as it somehow surrounds your subject. Andrei Tarkovsky and his cinematographer, Vadim Yusov, used a jagged frame within a frame in the film, Ivan’s Childhood: 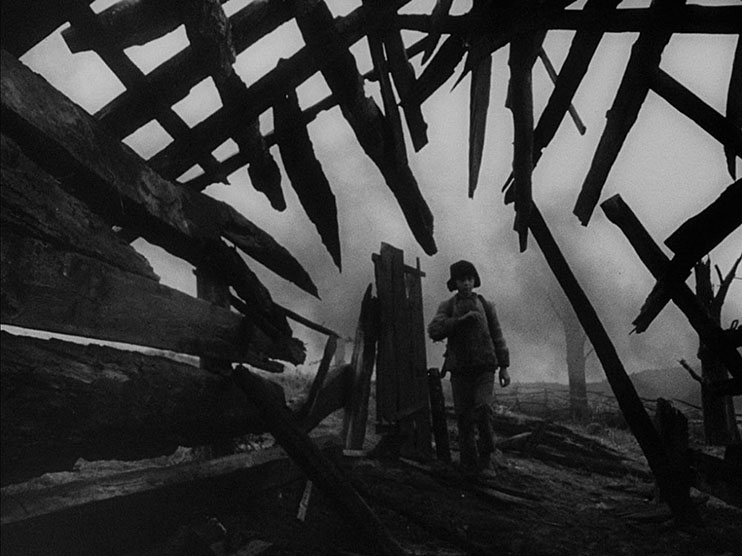 Quentin Tarantino and his cinematographer, Robert Richardson, used multiple rectangular frames and a circular frame in this shot for Kill Bill Vol. 1:

Kar-Wai Wong and his cinematographer, Christopher Doyle, made use of frame within a frame many times during the film, In the Mood for Love: 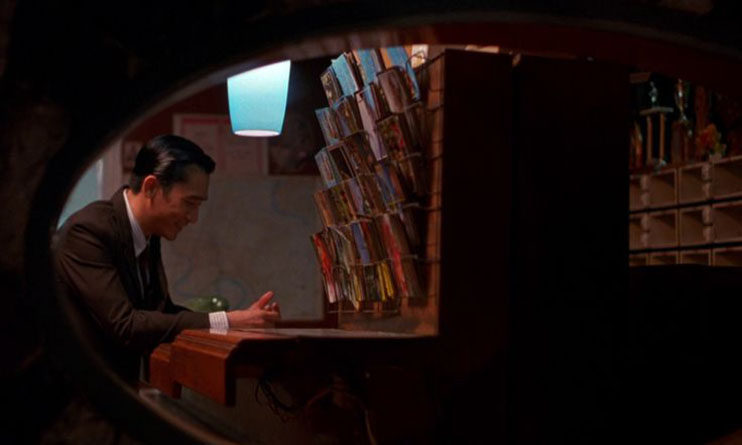 In the Mood for Love via Block 2 Pictures

Wim Wenders and cinematographer, Robby Müller, used a reflection to achieve a very unusual frame within a frame for this shot from Paris, Texas: 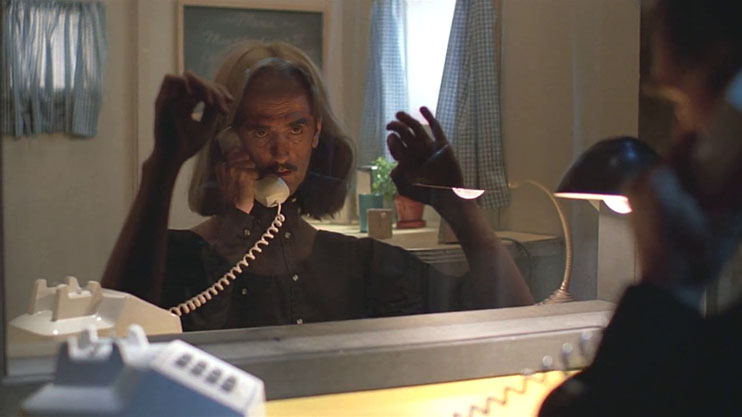 The Graduate via MGM

In the above image, we see Ben (played by Dustin Hoffman) sitting in front of a fish tank. He’s trying to figure out what to do with his life after graduating from college. Notice how the seaweed in the tank creates an enclosed frame around Ben’s head. This seaweed can be read as a visualization of Ben’s anxiety. The little figure pointing a harpoon at Ben’s head adds a nice comical touch.

Ben’s father enters frame, replacing the harpooner, and creates a second and more oppressive frame within a frame.

Later in the film, Ben will be enclosed by the leg of Mrs. Robinson. 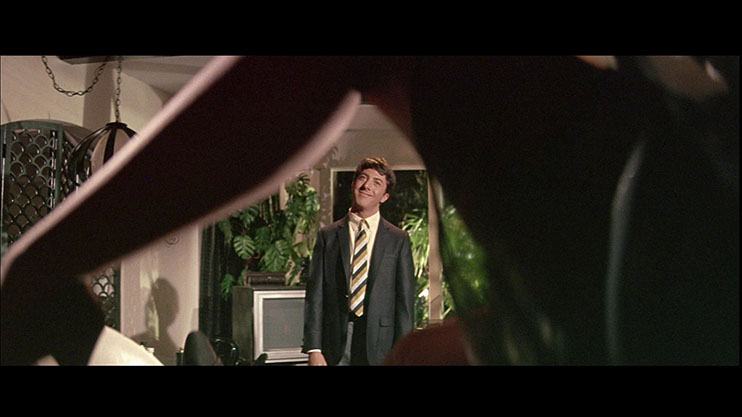 Steven Spielberg and his cinematographer Janusz Kaminski used circles to interesting effect in the film Artificial Intelligence: AI. In the image below, the circular lamp fixture suggests the isolation of the young robot, played by Haley Joel Osment, at the dinner table with his “parents.” 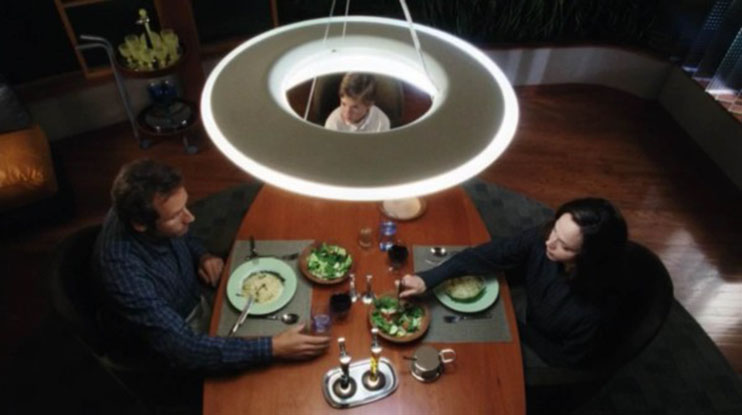 Later in the film, the circular frame within a frame is used to suggest a chance at fulfilling the main character’s purpose. 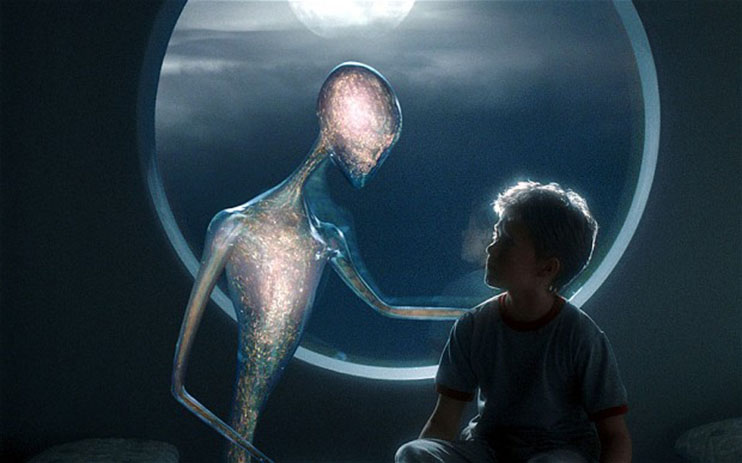 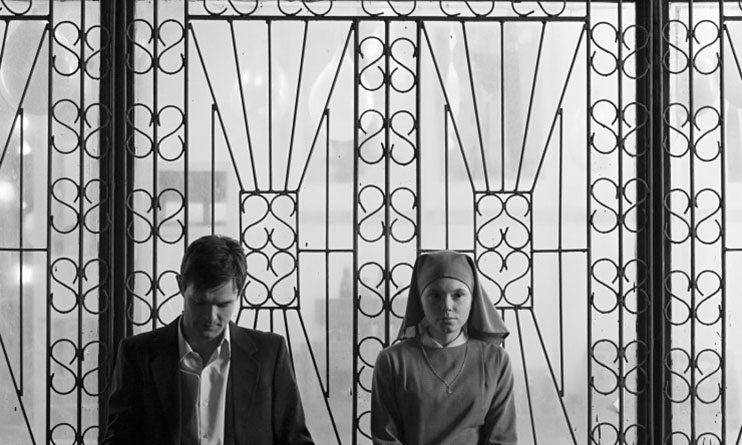 Because the frame within a frame can so easily suggest a form of entrapment or identity in conflict, using vertical lines of any kind can be read as an imprisonment for your character.

One of the more interesting uses of this isolated imprisonment appeared in American Beauty by way of the computer monitor.

Along with the sense of isolation, the cinematic frame within a frame can indicate character conflict and separation. This early shot from The Gift foreshadows the trouble to come and reminds us that prison cells can also be made of glass. 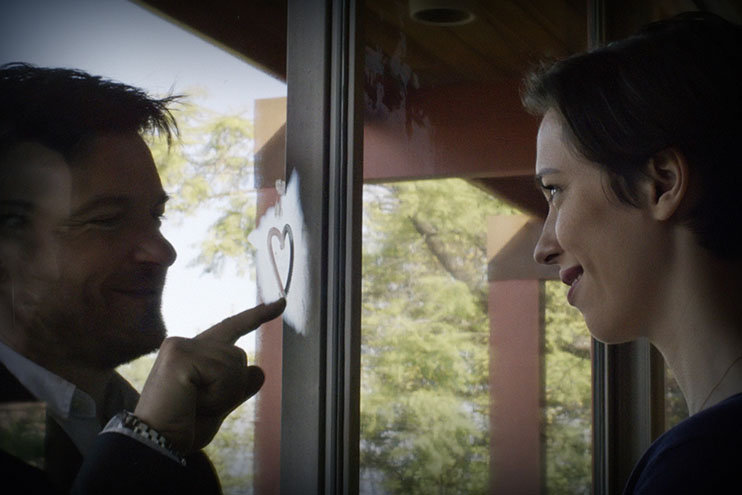 The Gift via Blue-Tongue Films

The Ipcress File, released in 1965, has a heaping portion of cinematic frame within frame, which adds to the fitting paranoia of the classic spy thriller. The use of frame within a frame in the film has gotten some much-deserved attention from Vashi Nedomansky in one of his awesome video compilations:

The cinematic frame within a frame is your chance to divide the composition of your shot using geometric lines of various shapes and sizes. Whether you choose to use foreground or backgrounds shapes to create this effect, the technique of cinematic frame within a frame can emphasize and highlight the underlying meanings within your story and break up the information in your frame for maximum impact.

What are your favorite examples of a frame within a frame? Share in the comments below.